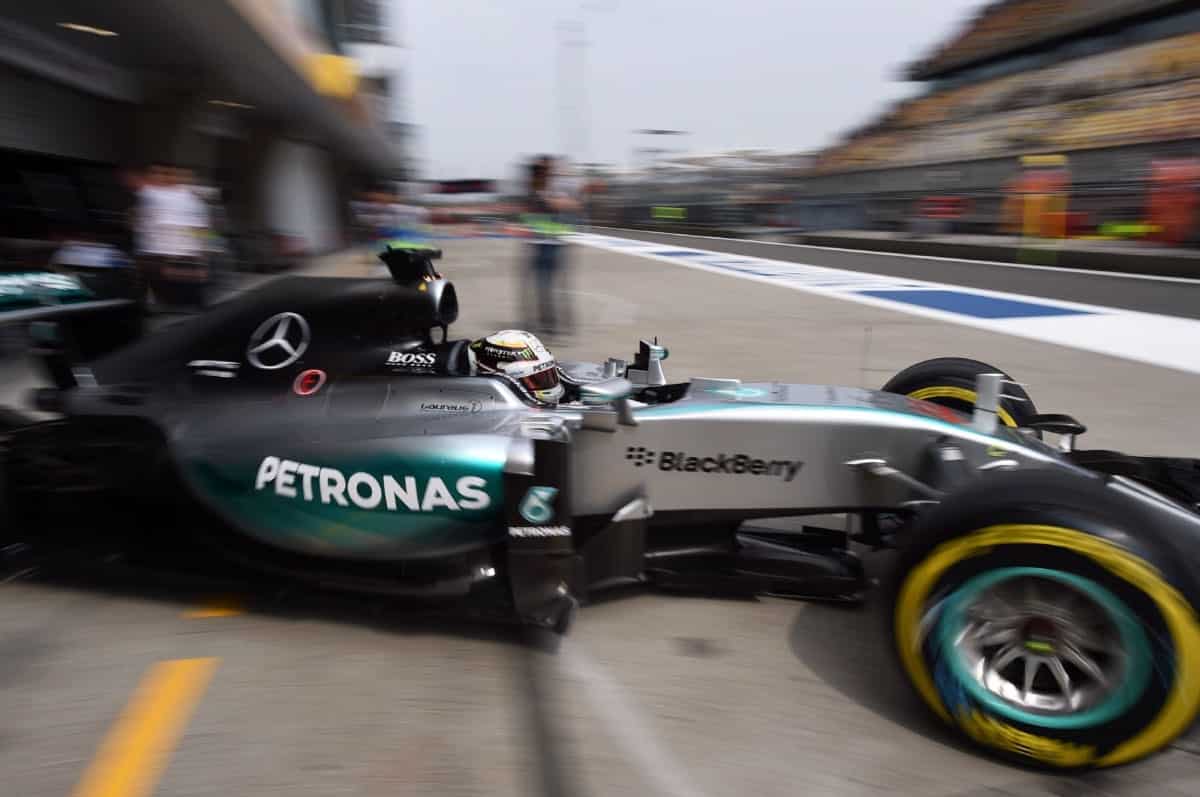 This week in NASCAR has been a non-stop focus on the Matt Kenseth–Joey Logano happenings. What happened at Martinsville could be considered a fascinating case study in both driver etiquette and NASCAR management.

Let’s start with one of the big aspects of this whole brouhaha: the driver’s code. Apparently there is one, which means that it’s another sport where the participants have their own set of unwritten rules that may work in conjunction with or go against those of the governing body. Major League Baseball is the sport most often associated with having its own code.  The big problem is that the code serves as some kind of conduct guideline, not some all-encompassing thing.

It seems that Logano broke the driver code at Kansas. Or rather, many in the garage feel he did.

Now, look at Logano for a second. For starters, he’s just 25. Logano may have been in the sport for seven years at this point but he’s still young and has the brashness of someone who may not always listen to his elders. Does that open him up for confrontation? Sure does. But is Logano a decent driver still looking to make his way in the sport? Yes, and even more so considering that he is just three wins behind teammate Brad Keselowski, who has already won a title.

From the Kenseth side, his move is more surprising for the circumstances under which it happened. Rather than giving him a good door bang or nipping at Logano’s fender when they were both on the lead lap Kenseth decided that, when nine laps down and nothing left to lose, the time had come for retaliation.

Of all the factors surrounding this decision that’s the one that’s most surprising to me. For a former champion to just ruin someone’s championship hopes… wait, Jeff Gordon did it? Hmm.

And that brings us back to the governing body and the confusing sense of how to police the sport. Gordon’s wreck of Clint Bowyer brought just a fine and probation back in 2012, a wreck which set the precedent that the decision to suspend Kenseth for two races went against.

Now, you could argue that Gordon should have been suspended and because he wasn’t NASCAR is now attempting to right a wrong they’ve recognized in the system.

Of course, there’s always that little problem of “Boys, have at it,” too. It’s a difficult box they’ve put themselves in and I don’t think any decision made here will get them out of it anytime soon.

Happiness Is… Martinsville. For all of the glitz and glamour that has accompanied the opening of tracks across the nation since the mid-1990s, it’s Martinsville that continues to put on one of the best shows. Las Vegas, Kansas, Texas and Chicagoland all opened to fanfare with one remarkable problem: they’re all big ovals that showcase speed but little else. In contrast, Martinsville, the oldest track on the circuit, doesn’t conform to the modern sensibilities that have overtaken NASCAR. The little paperclip in the hills of Virginia has remained the little track that could (which makes it a little bit surprising the stands did not hit capacity on Sunday).

Compared to the big tracks, Martinsville continues to put on one of the best shows in NASCAR – and twice a year, for good measure. Even removing the Logano-Kenseth dust-up there was plenty of action to keep things interesting. Double-file restarts may bring a sense of unfairness to the races, causing strange manipulations on pit road but the competition is still some of the most exciting NASCAR brings to the table. This last race brought with it the added bonus of having one of NASCAR’s legends in Gordon earn yet another win, sending him to Homestead with a chance for a fifth title.

Happiness Is… Wonderboy. It feels like Gordon has been in the sport forever at this point. His 23 years are likely not something future drivers will match and that is just one of the myriad of his impressive statistics. To see Gordon win at Martinsville was to embrace the joy of a person who recognizes the value of his accomplishment. Gordon didn’t even bother with a burnout – he just parked his car by the flagstand and jumped around like a little kid might on his or her birthday. Whether you like him or not, seeing the unabashed elation came across like a rare moment in the scripted world of sports. When Tom Brady hoisted his fourth Super Bowl trophy earlier this year, he may have been happy, but his face showed more relief than anything. It was not the raucous joy seen from Gordon.

The added bonus here is that the win puts Gordon in contention to win his fifth title. While he hasn’t shown the speed to compete with some of the other leading drivers he now becomes the main man at Hendrick Motorsports – especially as the rest of his teammates will not be vying for such a lofty position. Might such incentive be enough for Gordon to make a run on a 1.5-mile track that he hasn’t all year?

Maybe. While the Chase deserves its fair amount of derision, this year it’s already giving an unlikely driver with retirement coming a chance at a fairy-tale ending. That should bring in some fans….

Happiness Is… Left Coast. This past weekend brought about the return of Formula 1 to Mexico at Autodromo Hermanos Rodrigo, a track where the Xfinity Series raced not too long ago. With fresh asphalt and some love, the facility looked to be in fine shape and showcased one of the best crowds of the year who got to watch one of the better races – unless you’re a Ferrari fan.

It seems that F1 is seeing the North American market as one that needs to be tapped, just as it has elsewhere with the Canadian, US and Mexican GPs not being enough. There are now rumors that the man behind bringing the races to Texas and Mexico, Tavo Hellmund, is working to bring F1 back to California, which would be the fourth North American race. Such a move isn’t surprising, as F1 has failed in situating itself in the Northeast and can see that California offers an easy market, one that supports the Indy race at Long Beach rather enthusiastically. The big question regarding such a move is just where might the race happen? That part is still being determined but for now, the prospect of another F1 race on American soil is a welcome one.

“While the Chase deserves its fair amount of derision, this year it’s already putting an unlikely driver with retirement coming with a chance. That should bring in some fans.”

There are lot of things that NASCAR could try to “bring in fans” but it would be nice if the design of the championship format was to reward the most deserving driver. Ideally the races themselves should be bringing in the fans.

And the TV telecasts could do more to “bring in fans” but they won’t because they’d rather follow a script then cover the “race.”

Amen to the comments from BillB and DoninAjax.

Martinsville probably didn’t sell out because they keep moving the darn date further and further into November.

the chase deserves all the derision it gets as does NASCAR. They have promoted and encouraged what we saw at Martinsville and then play all shocked.