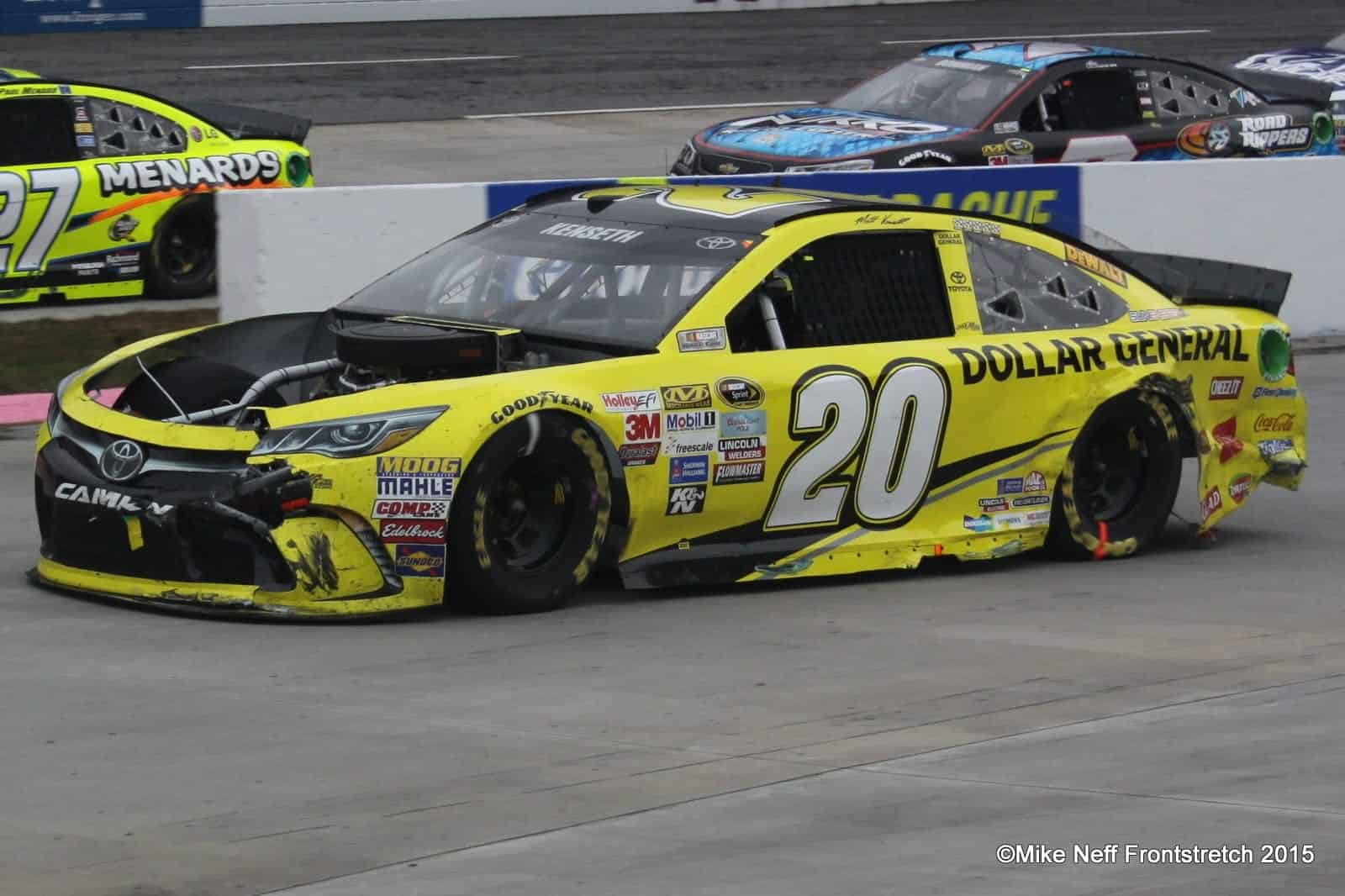 The National Motorsports Appeals Panel found today (Nov. 5) that, after Matt Kenseth and Joe Gibbs Racing’s initial appeal following his two-race suspension and six-month probation after an incident with Joey Logano last weekend in Martinsville, that Kenseth did indeed violate Sections 12.1 and 12.8 of the 2015 NASCAR rulebook.

As such, the panel has upheld NASCAR’s decision.

The team immediately filed an appeal to the national motorsports final appeals officer. That appeal process will begin at 1 p.m. ET on Thursday.

In what has been a busy week for NASCAR, JGR began the appeal process this morning to appeal Kenseth’s two-race suspension and six-month probation. The penalties were handed down to Kenseth and the team on Tuesday following his actions during Sunday’s Goody’s Headache Relief Shot 500 at Martinsville Speedway.

If JGR loses their final appeal they should put Bobby Labonte in the 20 car for the next two races. He’s a clean racer, well-respected, and he has a history with JGR. And he comes with a champion’s provisional.

This simply sets the precedence to Strike First!

I sure hope no one out there honestly believes NASCAR will let this penalty be overturned.

It’s not a bad strategy really. The rules could change a half dozen times in the few days it takes for NASCAR to rule on it.

SS you are absolutely right. it’s just like the NFL its always the second guy who hits back that gets the penalty flag. The precedence is set, “Hit First” its a free ticket NASCAR style. Best scenario would be a rekindle of the Harvick/Logano history.

I wish some writer would take on the stance of… “How Logano was altering the outcome of races and championships by way of his actions at Kansas and Martinsville, particularly the Martinsville restarts and why he has become Nazicar’s prodigal son.” For the wreckord (pun intended) I am not a fan of Kenseth and cannot stand Logano or Keselowski , but I do hope that Dollar General capitalizes on this by changing their paint scheme to black and silver for the rest of the season.

Too bad the 20 isnt part of the Hendrick team. This suspension would have disappeared.
Pressure is on the 22 now, the bully has been removed from the playground. Can they get it done in a must win situation?

No they won’t, and you know it. I know you hate Logano, and his teammate, with a passion. And you can’t wait to attack anyone (KB, for example) who dares try to defend him. Is it jealousy because Joey is better than your favorite driver? So, you can bet that someone, most likely Hamlin, will put Logano into the wall Sunday, possibly resulting in career-ending injuries. Bet that would make you happy!

I doubt this will make it onto the response for your comment, as Frontstretch has begun censoring anyone who tried to post anything pro-Logano! They’ve censored several comments from me already!

Wow
Anger issues?
You realize that nascar is just a “show” right?

You viciously attack anyone who tries to defend Logano, and accuse me of having anger issues? That’s rich!

Hmmm. I was wrong! Frontstretch didn’t censor me this time!

Thanks Ken, they are coming out of the word work at me, their issue not mine. Pathetic, and comical at the same time. Don’t feed the trolls…. :) :)

Matt did a real smooth bump and run on Logano at Martinsville. Really impressive!