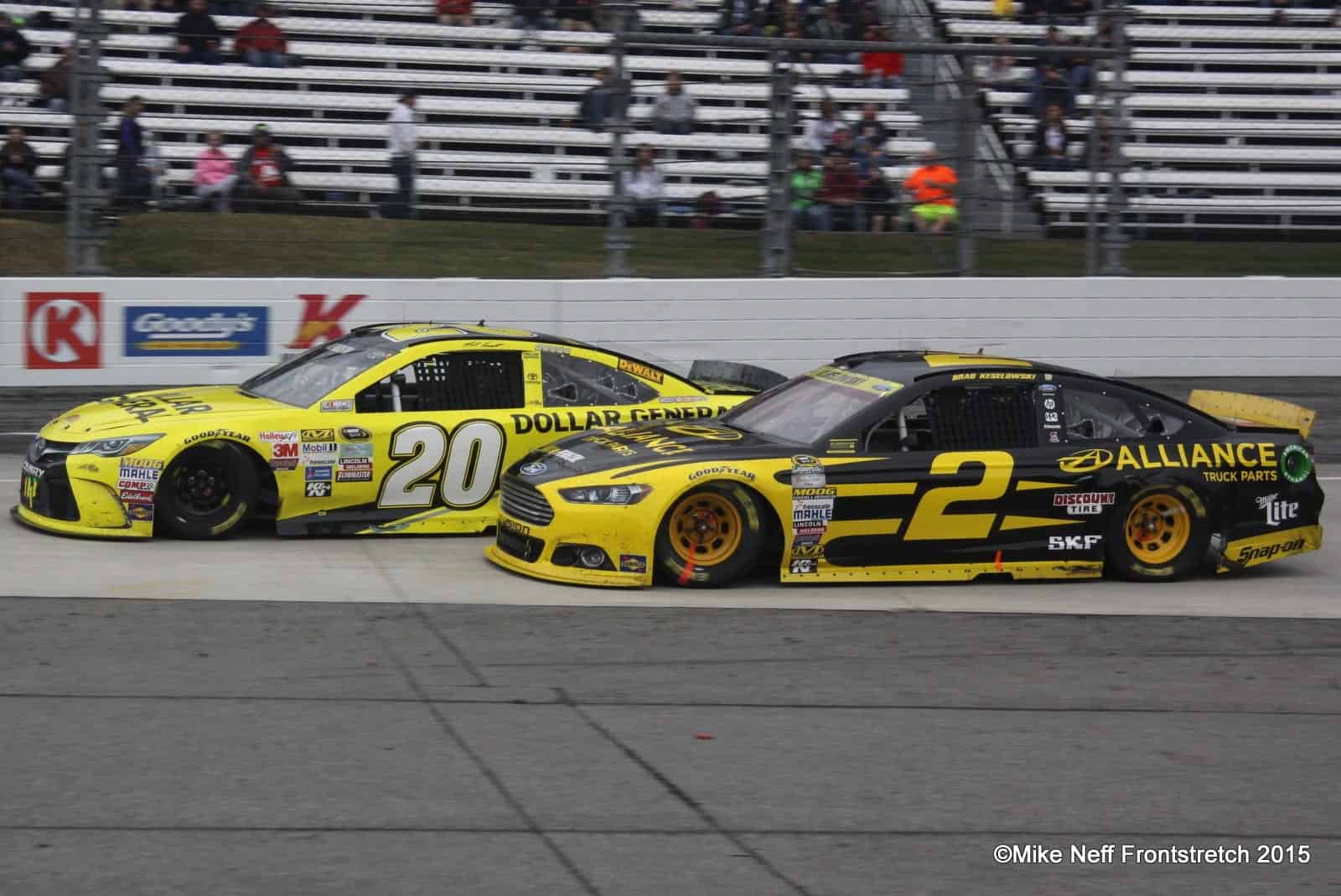 Matt Kenseth‘s usual calm demeanor was not displayed last Sunday at Martinsville Speedway and it will cost him as he and his Joe Gibbs Racing team lost the final appeal as National Motorsports Final Appeals Officer Brian Moss found that Kenseth did indeed violate Sections 12.1 and 12.8 in the NASCAR Sprint Cup Series rulebook, thus upholding Kenseth’s two-race suspension.

That means Kenseth will miss this weekend’s race at Texas Motor Speedway and next weekend’s race at Phoenix International Raceway. In the original penalty, Kenseth was on probation for the next six months. However the Final Appeals Officer reduced his probation until December 31st.

“It didn’t turn out like we wanted,” said Kenseth. “I’m obviously more than a little disappointed on the decision and the penalties to start with. I’m the first driver in the 65-year history of NASCAR to get suspended for an incident that happened in a Sprint Cup Series race. I feel like I was unfairly made the example instead of knowing where the line is and what the penalties are. I’m extremely disappointed, but we’ll get through this and go to Homestead.”

Sunday’s AAA Texas 500 will be the first race Kenseth will miss since the 1999 NAPA 500 at Atlanta Motor Speedway, ending a 571-race streak. He currently sits 13th in the NASCAR Sprint Cup Series standings. According to NBCSports.com, Erik Jones will drive the No. 20 Toyota this weekend.

What a surprise that the appeals board upheld NASCAR’s decision. I’m shocked.

It seems Gibbs chose the wrong arbiter, unlike Hendrick.