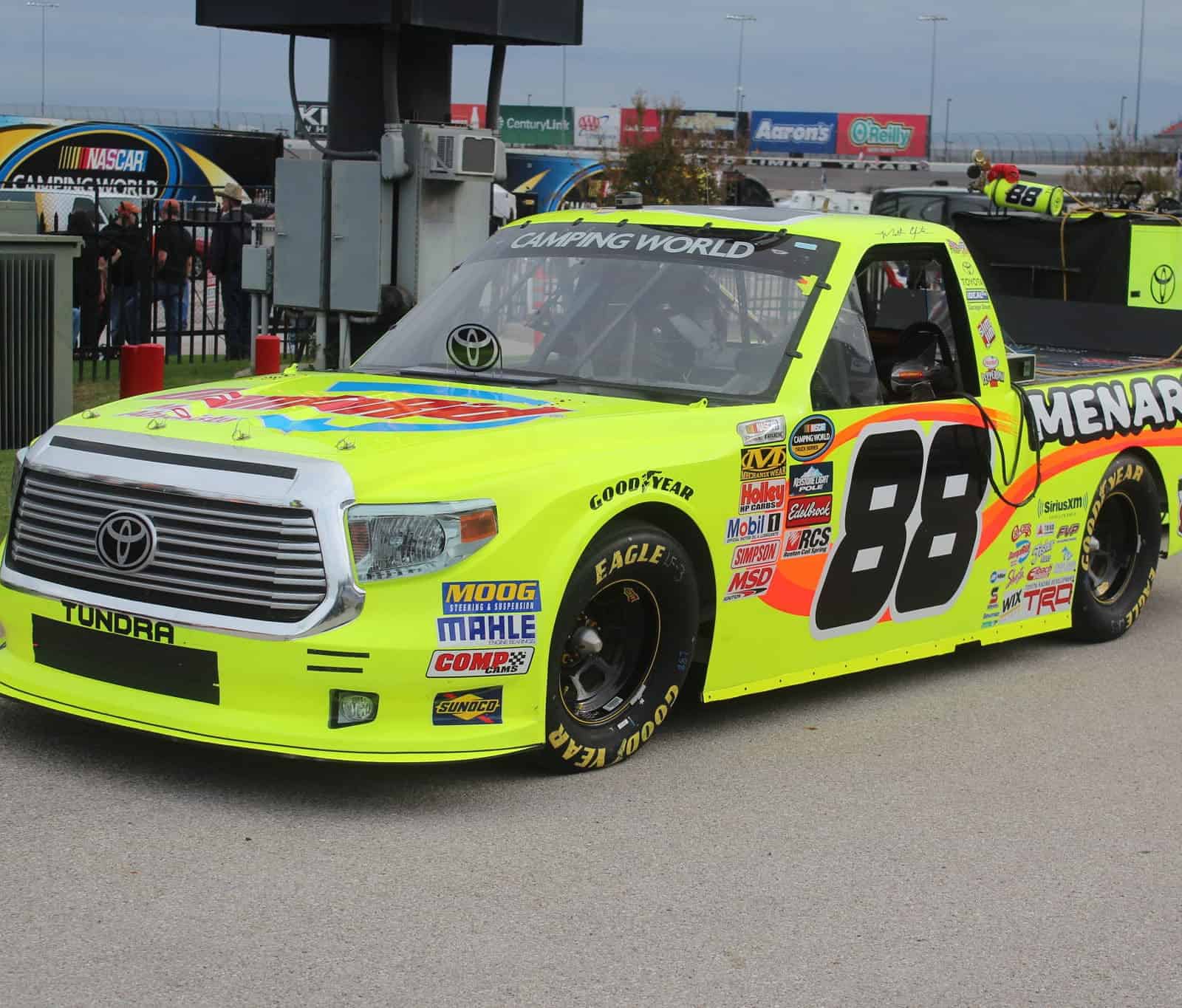 Martinsville winner Matt Crafton posted the fasted speed in the first round of Camping World Truck Series qualifying and backed it up with an even faster lap of 181.397 mph, enough to score his third pole this season. Starting alongside Crafton will be Spencer Gallagher, who was also the fastest qualifying rookie. Daniel Hemric will start third alongside Brandon Jones. Points leader Erik Jones rounded out the top five.

Timothy Peters will start sixth, followed by Daniel Suarez. Jeb Burton, who makes his return to the Truck Series at the track that he holds his lone victory at, will start eighth. Ben Kennedy and John Wes Townley rounded out the top 10. Tyler Reddick, who is the third driver locked into the championship battle, will start 17th.