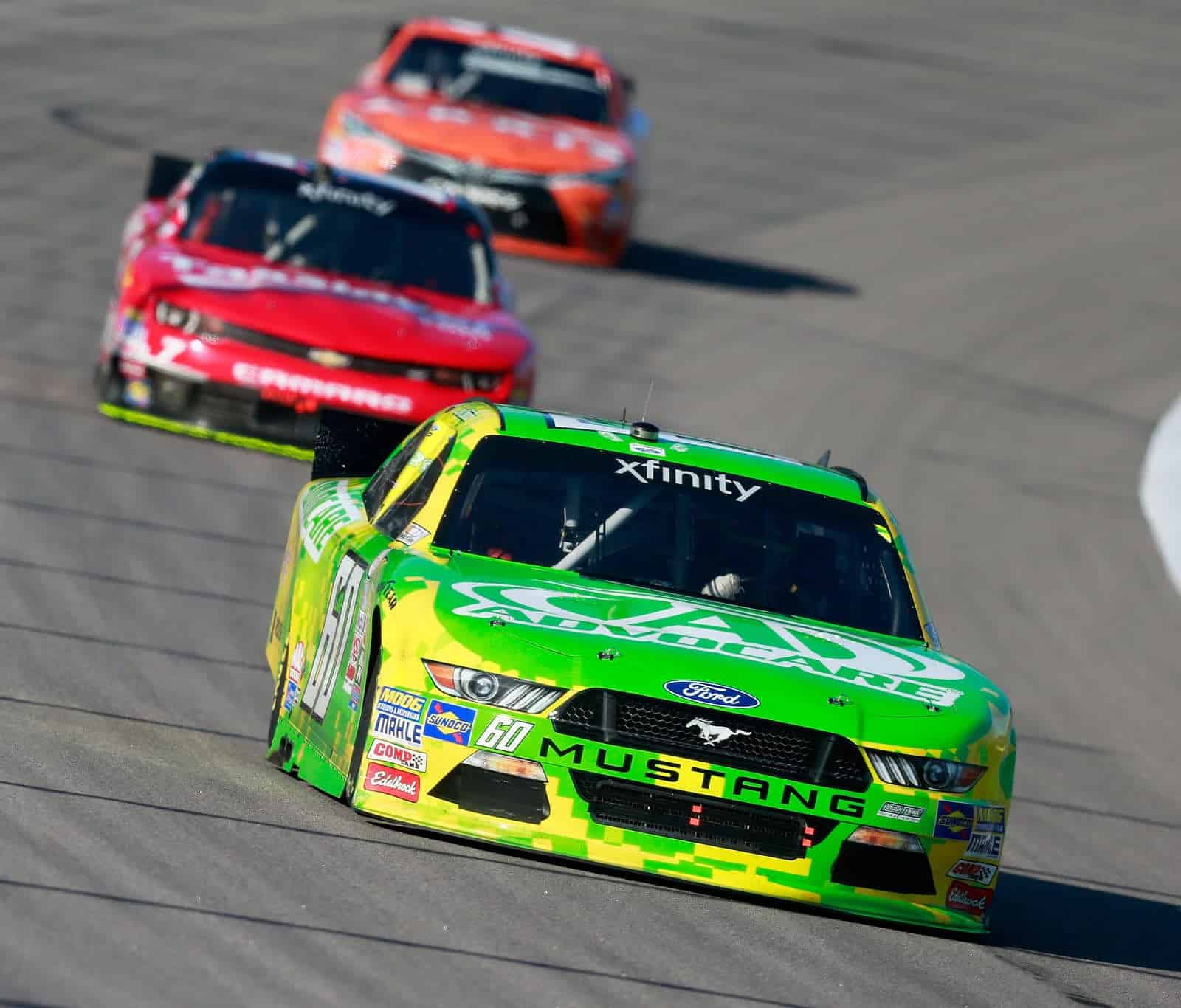 On the cusp of his first Xfinity Series championship, Chris Buescher came home to Texas for the O’Reilly Auto Parts Challenge this weekend at Texas Motor Speedway. Despite having just three races left in the season, the Prosper, Tex. native says “nothing is set” when it comes to his 2016 plans.

“We have gotten a handful of wins and should have had another two that I am saying were extremely close,” Buescher said Friday at Texas. “I looked toward next year and more than likely we will be doing another year of Xfinity and I am good with that. If we run another year in Xfinity in 2016, I am all for it. I turned 23 a couple weeks ago, so I am one fo the older guys in Xfinity I feel like now but I am in no rush. I feel good about where we are at.”

Recalling multiple drivers who have made the jump to the Cup Series “that they may have thought they were ready for,” Buescher addressed his Cup starts earlier this year filling in for David Ragan, who was subbing for an injured Kyle Busch.

“I am glad I got the handful of starts I did with Front Row earlier this year,” he continued. “It made you realize really quickly the competition level and intensity of the racing is a long different, especially as you close in on the alter stages of a race.

There is a lot of things that go with moving up; it isn’t just a matter of pure speed. There are a lot of things to learn and if you aren’t ready and don’t perform at that level as soon as you move up, it is very easy to get forgotten about, get labeled and not have that chance again as you go forward.”

Ol Jack needs to move Chris up to cup and I think he will. Jack has given Stenhouse two years plus to show he is a cup driver and his stats show that Ricky is an Xfinity driver and not a cup driver. I think Jack demotes Stenhouse because the sponsors will demand it. See ya Rickie

Buescher’s main problem is being stuck in a losing organization. Unless he breaks away from Roush, and from Ford, he’ll never get ahead, nor will he ever gain any recognition. And there is no way he will win the Xfinity championship, not this year or next. Right now, he has three Chevrolets close to him in points, two of which are owned (on paper) by Dale Earnhardt Junior (or in reality, Hendrick Motorsports). Next week will be the week he drops big time. Look for Chase Elliott to win back-to-back.