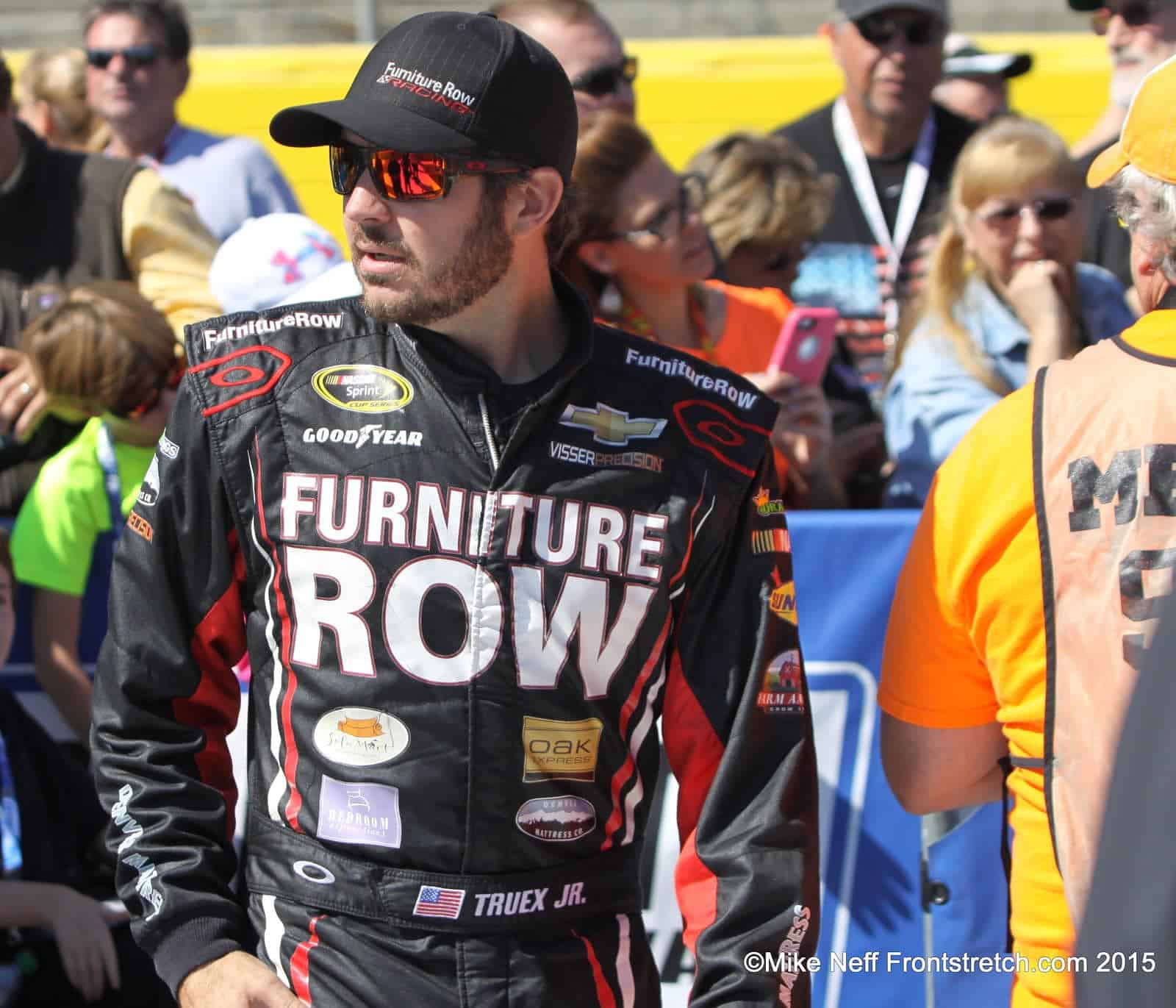 After being displaced at Michael Waltrip Racing at the end of the 2013 season in the wake of spingate, Martin Truex Jr. landed at single-car team Furniture Row Racing the following year. In a ride that Kurt Busch took to its best results at that point – 11 top fives, 15 top 10s and 12th in points – during his one-year tenure with the organization, Truex languished, scoring just one top five and five top 10s en route to a dismal 24th-place showing in the championship standings.

Fast forward to this season where Truex owns a dominant, emotional win at Pocono Raceway in June, along with 21 top-10 finishes, and the No. 78 team is still right in the thick of the championship hunt. But despite this year’s successes, Truex has mixed emotions about his team’s continued underdog status.

“Well, there’s two sides to it. I really enjoy the underdog role,” Truex said Friday at Texas Motor Speedway. “It’s really cool for a lot of reasons. If you look at our race team, we are an underdog. I’ve never been in a championship battle in this series. I’ve got a rookie crew chief. We’re a single-car team in Denver. There’s a lot of reasons why we really do fit the mold of an underdog.

“But at the same time I get frustrated sometimes because I feel like what we’ve done this season gets overlooked,” he continued. “We were second in points in the summer and we’ve had a really good season. There are a lot of times where I’d like my team to get a lot more credit than they have. Sometimes, I’d like to get a little more credit as a driver, but at the end of the day that’s not what really matters.”

With an average finish of ninth so far in the Chase, Truex knows he needs to turn up the heat the next two weekends if he expect to be around to battle with the final four at Homestead-Miami Speedway for a championship that would top off what can only be described as a dream season for the 35-year-old.

“I think we’ll need to improve for sure, unless we have some crazy stuff happen again in the next two weeks, which is highly likely,” he said. “I also think almost every race in the Chase, besides Martinsville and Talladega, we’ve run better than we’ve finished. We need to change that. If we can finish the way we’ve been running, I think we’ll be in good shape.

“We’ll definitely have to step it up and it’s just a matter of really not making mistakes and getting everything we can get out of the day.”

Truex currently sits tied with Kyle Busch for second, just eight points behind leader Jeff Gordon with two races remaining to determine which drivers will compete for this year’s championship. He will start 23rd in the AAA Texas 500.