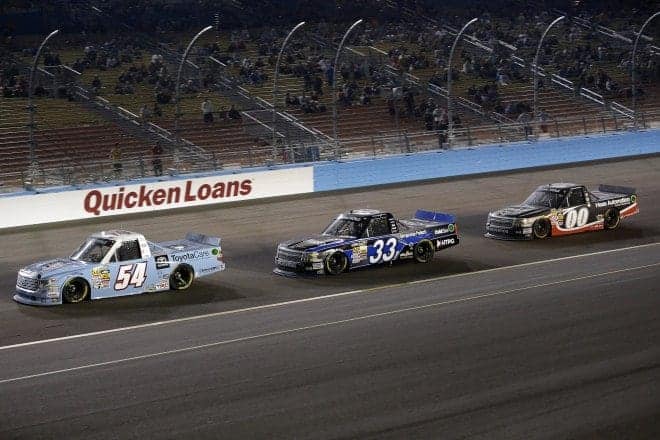 With the NASCAR Camping World Truck Series championship battle heating up, the field for the series’ penultimate 2015 event has been announced.

Series regular Jennifer Jo Cobb won’t be the only female looking to make Friday’s event. Cassie Gannis will attempt to make her series debut at Phoenix, driving the No. 74 owned by Mike Harmon.

Former KNPSE teammates Dalton Sergeant and William Byron will compete in the 150-mile event. Sergeant will drive the No. 5 for Wauters Motorsports, while Byron will make his series debut in the No. 09 Toyota for Kyle Busch Motorsports.