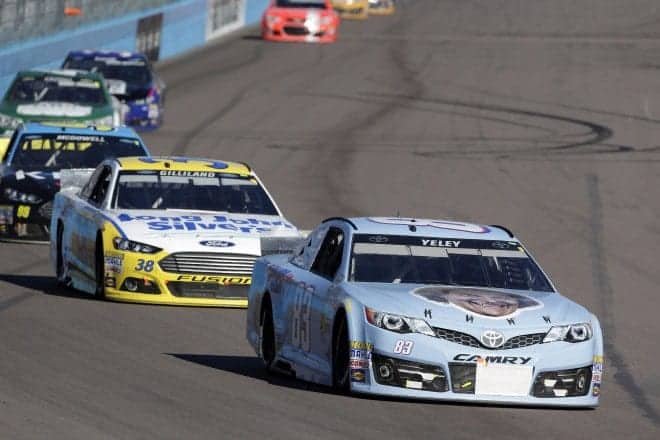 With only two races remaining, the Chase for the Sprint Cup makes its way to Phoenix International Raceway.

Ryan Ellis will look to make his NASCAR Sprint Cup Series debut in the event, driving the No. 33 Chevrolet for Circle Sport Racing. Ellis, 25, currently competes part-time in the Xfinity Series and Camping World Truck Series, earning an NXS career-best 23rd-place finish in the Oct. 9 Drive for the Cure 300 at Charlotte Motor Speedway. Ellis will have sponsorship from Science Logic in Sunday’s race.

Jeff Gordon will compete with primary sponsorship from Pepsi for the final time in his last full-time season. The Indiana native will also be the namesake of the track this week, with PIR officials temporarily changing the track’s name to Jeff Gordon Raceway for the 500-km event.

Erik Jones will return behind the wheel of the No. 20 Toyota for Joe Gibbs Racing for the second-straight week. Jones has taken over driving duties for the machine while 2003 NSCS champion Matt Kenseth serves a two-race suspension following an incident with Joey Logano at Martinsville Speedway.