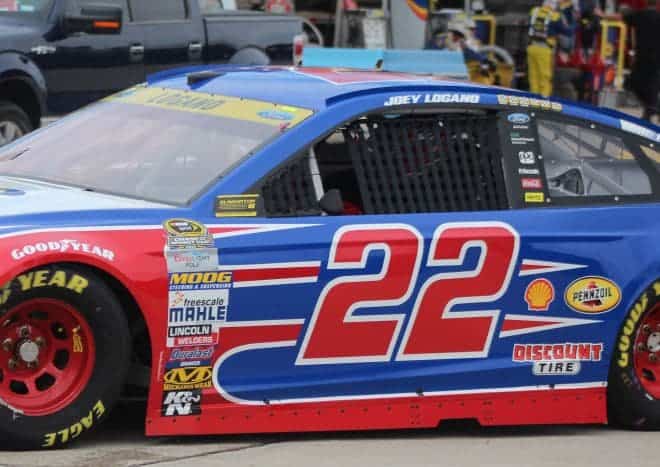 The State of the NASCAR Nation

It’s been a nice couple quiet weeks for NASCAR hasn’t it? Nothing controversial has happened… oh wait… I kid because I care, or at least I used to; I’m just not sure anymore. So, in some senses, after all the amped-up debate and severe disagreements as to the punishment for Matt Kenseth, it was great to get back to seeing the Sprint Cup combatants mash the gas, drive fast and turn left for 500 miles at Texas Motor Speedway. Truth be told, I don’t remember the last time we saw quite such sustained and prolonged debate on one particular issue and although it’s not in the rear-view quite yet, the drum beat of dissent has certainly quieted a little, #FREEMATT t-shirts and hashtag campaigns notwithstanding. Thankfully, nothing too controversial happened on Sunday, but I expect that to be a little different this weekend at Phoenix International Raceway when eight becomes four or rather seven becomes three. The only one sitting pretty is of course Jeff Gordon, and you have to wonder how much of an advantage it will give him heading into the final race of the season and the final race of an storied, first ballot Hall of Fame career. I know I’m supposed to be neutral (and mostly I am) but I really hope the answer to this question is “a significant amount.” After what has been a vitriolic, controversial Chase, there’s not much that a storybook fifth Gordon championship couldn’t fix.

Next up, we head to the desert for 312 laps and 312 miles around the one-mile, low-banked, dog-legged Phoenix International Raceway. This the big four-zero for Cup races at this circuit, a streak that began in November 1988 when the inaugural race was won by the late, and very definitively great, Alan Kulwicki. We last visited this track for race number four of the 2015 season, and it was Kevin Harvick who took the checkered flag after a dominant display – leading 224 of the 312 laps.

For Harvick it was a fourth straight win at the track and the fifth in the previous six races so expect him to be pretty swift around the 1-mile circuit on Sunday. Expect, too, tempers to boil over as the remaining Chase eligible drivers seek to lock down a spot in that all-important final four for Homestead-Miami Raceway. With weather unlikely to be a factor in Arizona, the drivers will also get the much needed practice time they lost to rain at Texas so come race day there shouldn’t be any excuses. I hate to hype up races in advance (it nearly always backfires) but I’m expecting this to be a really good one and I wouldn’t be surprised to see a Chase driver on the outs take a big gamble for the W. Should be a fun one to watch.

Even Kyle Busch recognized Brad Keselowski’s pain on Sunday, having dominated the field all day at Texas Motor Speedway leading 312 of a possible 334 laps, until Jimmie Johnson did what Jimmie Johnson is wont to do. This, for me, showed for once a different side to Busch, a mature take on what had transpired, rather than his usual “face like thunder” we get when he doesn’t win. It also leaves two of the top drivers of the year in Keselowski and Joey Logano very much on the outside looking in. It would take a mathematical miracle for both Team Penske drivers to make it into the final four and as it is, Logano only have one choice: win. It also shows the brutal nature of this new playoff system where you truly are only as good as your previous race (unless of course you won it where you have a free pass or two). I’m expecting both cars to be very strong on Sunday and if anyone is going to beat Harvick, who has to be the prohibitive favorite, my guess it will be one of the two Penske wheelmen.

That’s how it’s done, Johnson. Let me repeat: That’s how it’s done. Johnson gave a master class in how to pass the leader with a faster car in the waning laps without resorting to a bump and run. As it happens, despite my best efforts to avoid the result, I knew Johnson had won by the time I watched much later in the day, but I didn’t know how it had all transpired. So I was very much on the edge of my seat as Johnson played the hare with the faster car to Keselowski’s rabbit. As you might expect, Johnson did it the right way and it was not a surprise to see a number of drivers (including the aforementioned Busch) visit Victory Lane to offer their congratulations. But perhaps the best happy tidings of all came from the one driver not actually at Texas. Here’s a reminder of the Tweet of the Year from Kenseth:

And finally this week a quick word on the 19-year old Erik Jones who subbed flawlessly for Kenseth, wheeling the No. 20 car to an impressive 12th-place finish in just his second Cup race of his fledgling career. For the record, he finished 40th in his first race (the first of the year at Kansas Speedway) again in a substitute role for Busch, who was still recuperating from his Daytona injuries. There’s been already much talk about the talented teenager and it’s surely, like it is for Ryan Blaney, just a matter of time before he gets a Cup ride. This kid is one to watch, that’s for sure.

Not sure about your assertion that Kyle Busch has matured. Wonder if he would have given the same interview that Brad did if he’d would have been the one that led all those laps and then lost in the end. I don’t think so. When I see that happen then I will start jumping on the “Kyle has matured” bandwagon.

Danny Peters
Reply to  Bill B

Yeah, that’s a fair point Bill. But I just sense a difference in him of late. Is it maturity? Is it being a father now? Not sure. And I’ll probably be proved wrong before too long but that recognition of Brad’s disappointment was something new for me from Kyle Busch. Cheers.

I’ll admit that Kyle hasn’t had as many meltdowns as he has had in previous years but who knows, one may be right around the corner.

Just an interesting point made by Parker Klingerman on TV. He pointed out that Texas is a much wider track than Kansas, offering a better opportunity to get around a car that is blocking. Just sayin’.