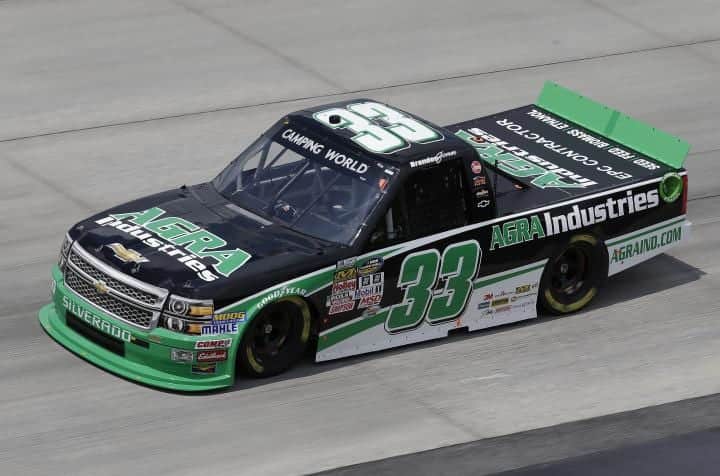 Following the Fred’s 250 at Talladega Superspeedway, Brandon Jones and his No. 33 GMS Racing team were levied a P4 penalty when illegal brackets were found during pre-qualifying inspection. The organization appealed the penalty, which included a three-race suspension for crew chief Shane Huffman, six months of probation, a $10,000 fine and the loss of 25 championship points for Jones and owner Maurice Gallagher. On Tuesday that appeal was heard at the NASCAR R&D Center in Concord, North Carolina.

The verdict? A slight reduction.

The appeals panel ruled that Huffman’s suspension should run through the end of the season, reducing his suspension from three races to two, given the delay in hearing the plea. Meanwhile, the probation, fine and points deduction were upheld.

“As a stand-alone team in the NASCAR Camping World Truck Series (NCWTS) we respect NASCAR’s efforts to maintain a level playing field for all teams and competitors,” GMS Racing Director of Competition Mike Beam said in an official statement at the time of the penalty. “However, we feel that it is in the best interest of our organization, partners and team personnel to appeal NASCAR’s decision. GMS Racing will have no further public comment until the process is completed.”

The organization has not yet announced whether it will go to a final appeal.