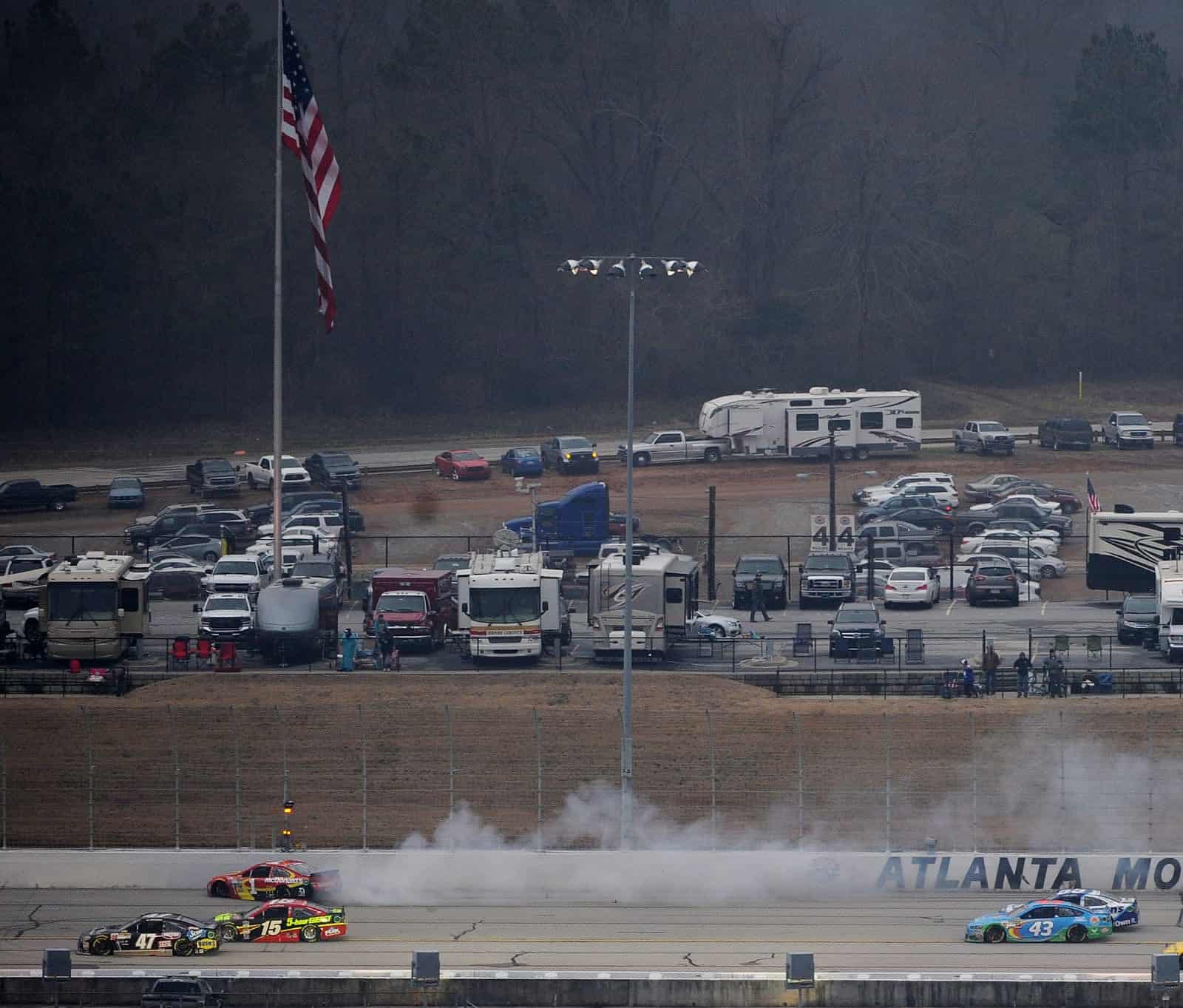 By next February, Atlanta Motor Speedway will join the ranks of tracks that have added safety modifications to its facilities.

The track announced in a release that it will be adding over 4,700 feet of the SAFER soft wall technology to its facility. Areas of the frontstretch, backstretch and the inside walls of the turns will all be equipped. The entire outer wall and most of the interior walls will be covered following the project.

The announcement comes nearly nine months following the second NASCAR weekend of the season. At that time, driver safety was in the public spotlight following a crash at Daytona that took Kyle Busch out of the car for 11 weeks as well as hits to the backstretch walls by Jeff Gordon and Denny Hamlin at Atlanta. All three impacts were against non-protected walls.

“I am very frustrated with the fact there are no SAFER barriers down there,” Gordon said after the hit. “I knew it was a hard hit. I was like ‘man I can’t believe…’ I didn’t expect it to be that hard. Then I got out and I looked and I saw ‘oh wow, big surprise I found the one wall here on the back straightaway that doesn’t have a SAFER barrier.’ ”

Construction on the project will begin in January. “The safety of both drivers and fans continues to be our utmost priority,” AMS President Ed Clark said in the release. “These additions solidify our commitment to providing the safest racing environment possible and the high-quality entertainment experience our fans deserve.”

So soon? Nothing like being ahead of the curve.

I guess Brian finally found somebody to pay for it.

Chances are they will leave gaps that some driver will find.

This race hardly drew a crowd when it was run in the cold month of March. Now February!