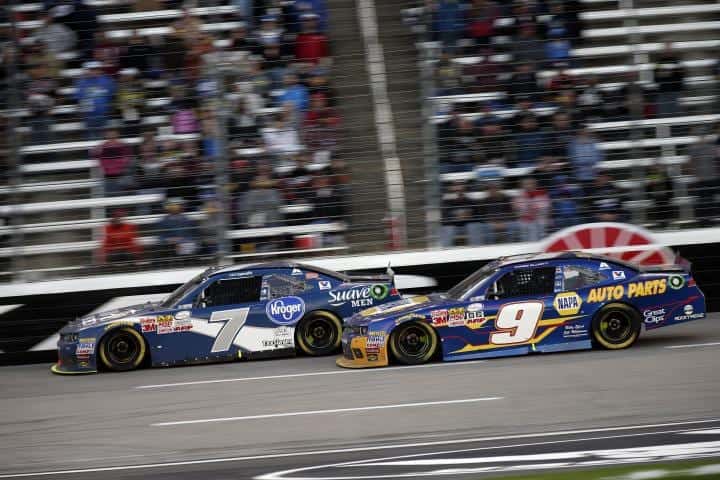 It’s sadly that time of year for racing: a time of to reflect, restructure and, most importantly, respect the world of NASCAR for enduring one of the longest seasons in all of professional sports.

This time is a difficult one for many teams. Certain drivers and crews know they will not be returning next year. For teams that are struggling, or even just outside of the title hunt, it is a time that’s not pleasant, with frustrations on the rise and bickering at a maximum. But for title contenders, it is, as they say, the most wonderful time of the year.

As we approach the conclusion of the 2015 NASCAR Xfinity Series season, despite a title still being sparred for, it’s time to think ahead to next year. And with few changes coming to the sport’s second-tier division in 2016, it’s worth noting that from the outside looking in, improvements may be few and far between. Ratings have decreased all around, partially caused by online streaming, but also due to the lack of excitement in the NXS.

Things are looking up, though. Somewhat. The series will have a few fresh faces, including a brand new lineup at JR Motorsports and the addition of Erik Jones racing full-time for Joe Gibbs Racing. As every major team will potentially experience at least one driver change, whether that means deducting one or adding a man behind the wheel, it provides a sign of growth for the NXS, one upon which needs to be capitalized.

But how can NASCAR change the NXS next year for the better? Aside from the handful of intriguing team and driver additions, what else can be done to lift the ratings as the series motors on deeper into the second half of the decade?

Well, first, let’s start with the aerodynamics on the racecars. Please, fix them already.

The clean-air advantage has increasingly disgusted people year after year. Over the past three seasons, there have been 17 races with five or fewer lead changes, including four with one or zero passes for the lead. That’s not OK by any means; while it is fine to have a driver dominate a race, it is just extremely grueling to watch an event for approximately two hours when you know who will win the race. Obviously, the dominant car might not always win; just ask Brad Keselowski after Sunday’s Cup Series race at Texas.

With the Cup Series going to a low-downforce package in 2016, it would be great if the NXS did the same. After speaking with several drivers this year – Cup and NXS ones – they have each voiced how easy it is to drive the cars. Holding the throttle wide-open is baffling to me. I remember when I first started watching NASCAR in 2004, the NXS was just as competitive as the Cup Series. It was fun to watch, and the younger drivers were battling for wins every now and then while fighting ill-handling racecars.

With a low-downforce package, the races will be back in the drivers’ hands. They will be able to determine the outcome of the race more so than ever before, providing drivers the opportunity to truly wheel the racecar, rather than holding it wide open at tracks like Charlotte and Texas, where Cup drivers will have the advantage the majority of the time.

The next step is evaluating the willingness of fans to watch these races as long as they are competitive. The major problem recently has been that fans won’t watch the NXS because they feel like a Cup driver will win the race, something evidenced by the slight ratings increases for standalone events.

While watching the O’reilly Auto Parts Challenge at Texas this past weekend, I had what Jimmy Neutron called “a brain blast.” I witnessed something that I haven’t seen in a while, and it is something I believe we will see more of in 2016.

The Texas race featured no dominant driver. None. The most laps led was 62 out of 200, slightly over 30% of the race, and that was by eventual winner Keselowski. It was arguably the best companion race that we have seen all year. The combination of frequent passes for the lead, along with a healthy 17 cars finishing on the lead lap was impressive for a race that had just four cautions.

But the brightest spot on the day came late in the race. The battle for the lead featured three Cup drivers in Keselowski, Kevin Harvick and Austin Dillon – each of whom have won titles in the NXS. Their battle, which spanned the final 15 laps after Kyle Larson blew a tire while leading, was the exact thing that the division needed, giving it momentum heading into Phoenix and Homestead. At a track where passing is at a premium, these three drivers proved that the NXS can be exciting, even if the battle for a win does not include a non-Cup driver.

As the series moves forward into 2016, a spotlight will be on it. Ratings may not go up, nor is it even likely for now; NASCAR is headed into a digital era, where reaching the younger generation requires access to live streams, especially for college students who don’t have access to NBC Sports Network or FOX Sports 1 or 2.

But the best part of all about watching this series re-create itself is that NASCAR is willing to change things up without creating Game 7 moments like adding a playoff system to it. That is the last thing the NXS needs right about now, especially since there is usually an intense title battle like the one we are witnessing this year.

I do agree that a low downforce package would benefit the Xfinity Series and who knows we might see more Xfinity regulars win because it will easier to pass. Ratings for the lower divisions I think depend of the success of the Sprint Cup Series so if it’s in a decline the other two will follow the same path. However I have a good feeling we will see a chase in the lower divisions and I don’t think that will solve the problem.

Seeing the ‘crowds’ for the Xfinity races, it doesn’t seem to me that the Cup drivers are adding all that much to the series. If they insist on allowing the Cup drivers to run, how about making them drive for a team that is NOT affiliated with a Cup team? They could give some useful feedback to the teams, and show us how skillful they are at driving a car that isn’t prepared by a Cup team? Now THAT might be interesting to watch.

Fans have made suggestions for years. The emir of daytonastan refuses to listen. I just don’t care anymore…

…if I did the suggestion would be to have just a handful of companion races with Cup (Daytona, Martinsville, Bristol). Otherwise go back to their roots –IRP, Hickory, Nazareth, South Boston, etc. Add newer venues –Memphis, Iowa, Nashville, etc. Make the Busch/Truck series schedules identical (perhaps same day events). Limit it to a 15-20 race season to keep costs down.

But like I said, the geniuses in daytonastan who thought giving up IRP for the big speedway was such a great idea will never get it.

I like the same-day schedule idea. Make it possible to run for two titles, like Mike Stefanik did in the Northeast in the 90’s. There’s your driver development.

More stand-alone races on short tracks so there is less poaching.

Make the cars like they were before Brian in his infinite wisdom made them more like cup cars. End the test sessions for cup drivers.

Announcers who are more professional.

I hate to throw water on the last paragraph, but someone on the NASCAR “Fan Council” this week leaked the framework of a proposed a Chase format for the XFINITY Series.

nobody cares about Saturday’s show! We’ll watch Sunday to see if Kyle,Brad,Kevin, or Joey can win!

I have to agree that Nascar won’t listen to the fans so debating changes to the Xfinity Series that will never occur is a waste of time. Speaking only for myself, I haven’t bought a ticket to an Xfinity race in this millenium… and for the same reason I don’t want to see the Univestity of Alabama play Austin-Peay in football.

The Cup driver issue is a tough one. Unfortunately, the Cup drivers bring sponsorship and the track owners like big names in the Saturday show. I’ll admit when I got to the track, I’ll check the entry list to see which Cup drivers are involved. However, for TV it stinks up the show. It’s not just because they are Cup drivers, they are driver cars fielded by Cup teams. Most of the year its the 54 v. 22 every week. The real solution is improving the sponsorship situation so teams can field non-Cup drivers more often. I fear eliminating Cup drivers will also eliminate race teams.

If they could somehow put on a College Football game in the infield… isn’t that what initially what made Bristol so popular?