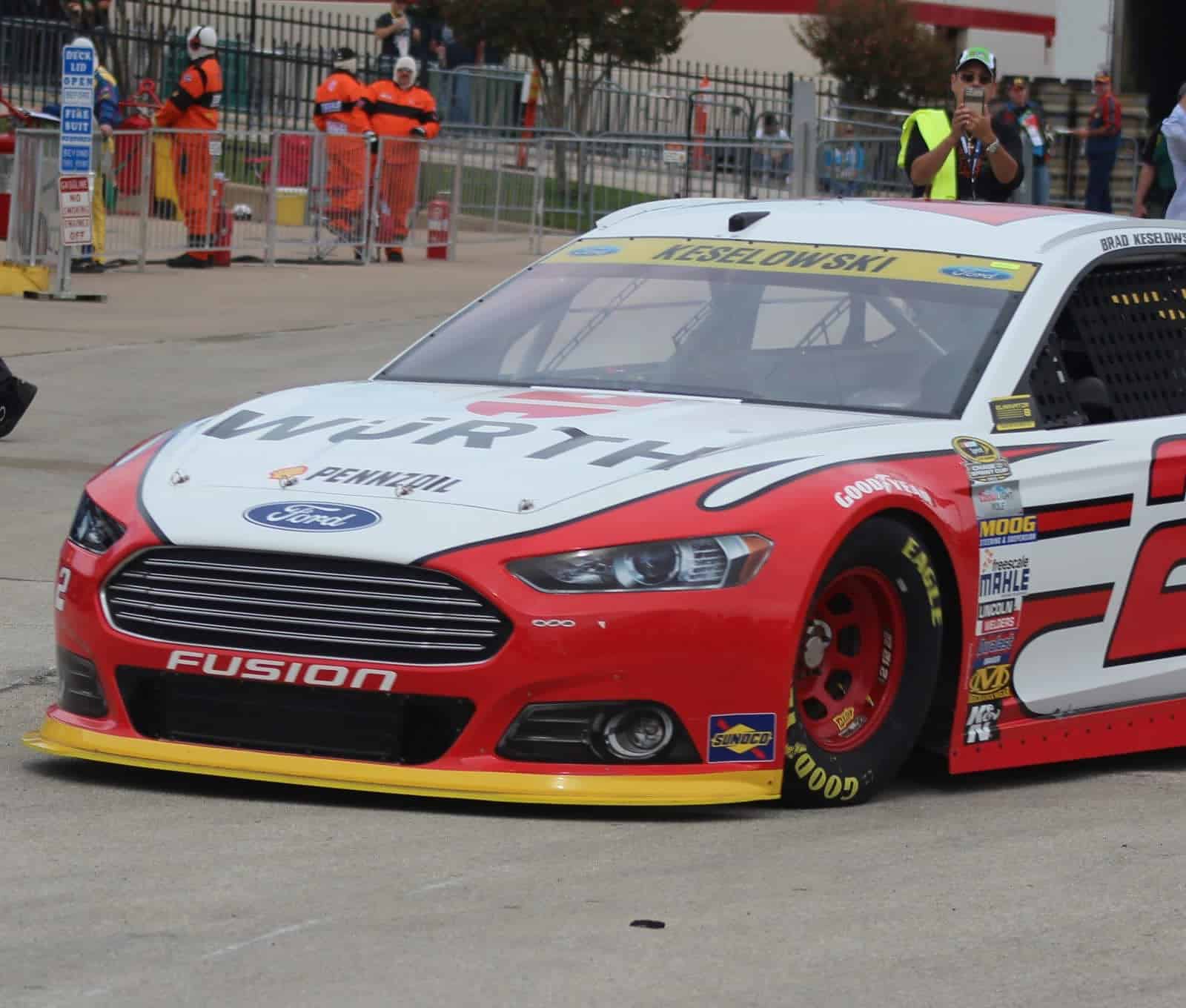 OK, so let’s go into these next two weeks – the final two of the NASCAR Sprint Cup Series season – assuming that drivers still eligible for the Chase for the Sprint Cup will win.

Two reasons for that: One, there’s the fact that Homestead-Miami Speedway is the season finale, and whomever remains can win the title simply by scoring more points than their three competitors, no other strings attached. Given that the eight currently left standing are pretty much the best teams in the sport this season, one can imagine a battle for the lead between these drivers – because it’s happened that way the rest of the year, why wouldn’t it now? Many believe it’ll take a win at Homestead to win the title, and that’s probably not far off.

Then there’s Phoenix International Raceway. Why a win? Because it’s the final in the Eliminator Round of the Chase and there are quite a few drivers – Joey Logano chief among them – who basically cannot count on making the finale without winning. Oh, and then there’s that little nugget about Kevin Harvick: Dude’s won seven times at Phoenix in his career. Even if this wasn’t an all-important Chase race, he’d probably run away with the show anyway… if one of his competitors didn’t knock him into the wall first.

Should that be the case, then things aren’t looking good for a few drivers looking to hoist the championship trophy in a week and a half.

Chief among them, interestingly, are two drivers who have been lights out for much of the 2015 season, partially because they run for the same team and said team has been tough to catch, especially recently. Logano and teammate Brad Keselowski enter Phoenix at different sides of the spectrum – Keselowski is looking good for a Championship 4 berth even without a win, as long as he doesn’t screw up royally, while Logano is eighth in points and needs a win to have a shot in Florida.

And yet neither has won a race at either track.

That’s not a damning offense per se, but it’s one we’re considering here in a situation where winning may indeed be everything. Keselowski at least has a solid track record at Phoenix otherwise, with four top fives and six top 10s in 12 races, but his Homestead highlights have been fairly nonexistent except for that time he was crowned champion (by finishing 15th in that race, mind you), with an average finish of 15th in seven races and just a top five and two top 10s – meaning that, sure, he may make it to Homestead by virtue of a solid points place entering and decent statistics otherwise, but when it comes to getting the job done at the finale, he hasn’t exactly impressed just yet.

Logano’s fared worse. He’s managed seven top 10s to go along with two top fives at Phoenix, which isn’t terrible, but his results have been spotty enough that he’s not even a lock for a race win contender there (though 71 laps led en route to a fourth in last year’s winter race is a bright spot). But even if he rattles off a victory in the desert, he’s been a non-factor at Homestead his entire career to date, managing a mere top-10 finish in six races there.

To a lesser extent, there’s Martin Truex Jr., who admittedly very few are counting as a championship contender – probably since this is the closest he and his Furniture Row Racing team have been to a title, plus Truex’s overall win count of three. Which makes sense as to why he’s included here; he’s never won at either track. His results otherwise, however, are a bit stronger at Homestead especially, where he’s managed three top fives and seven top 10s in 10 starts. Still doesn’t scream “2015 champion” at you, but it’s modest.

Still, there’s something to be said for already having that taste of victory at a given speedway. The pressure is off – albeit slightly – to perform because a driver knows he can do it. Once Victory Lane’s been visited, remembering how one arrived at that point and reclaiming that past glory becomes more and more second nature; look at Harvick’s Phoenix record. On the other hand, still chasing that elusive first win at a track – especially if it’s one of the few you haven’t bested – can set a driver up for over-driving, over-correcting and a basic case of getting inside one’s head. There’s already enough pressure on these eight to perform at both tracks (even Jeff Gordon, who will still feel the burn next weekend despite his somewhat-off-weekend in Phoenix), and the added stress of doing so at a circuit where success has often eluded you is not a simple feat.

So is it time to rule out Keselowski, Logano and Truex as drivers who have a shot at the 2015 title? Not exactly, but it’s not looking great for them, either – even though the former is having a good few weeks in the points so far. The newer Chase rules have emphasized winning more than ever, and if you can’t get it done at a track any other time, things probably aren’t looking good for you this weekend and next, either.

Well as in last year, the folly of the season long championship needs to be renamed the “Homestead Cup”, as in one race. And from what I heard, they want to cheapen the other two series that WORKS, (despite the fact that we know the “Champ” before Homestead) with this ludicrous format? I hope I am wrong for all the teams, their employee’s and sponsors. Good grief. I am amazed although I should not be…I hope it is a rumor.

Since the Chase guys seem to finish in the top 10 every week unless they have a major issue, it’s hard to imagine anyone on the outside looking in making the cut unless they either win or one of the top 4 has a problem. Making up 5 to 10 points won’t help. The only one that might be able to point their way in is Edwards since he is only 7 back. The championship has become somewhat arbitrary with this format. You have to be good and lucky, not necessarily the best though.

I find the fact that some of the chase guys run so well in the last ten compared to the first 26 suspect. I wish someone like Kevin would run the data and write us another article. To see Newman running 2nd at Homestead last year didn’t exactly fit in with the year he had. Stewart’s title run at Homestead reminded me of a racing game set on level – Easy. He was passing cars high and low all the way from the back to the front. Amazing. We all know BZF has no credibility so just how far will he go for $G7.

Yes, J. Smith, the year Stewart and Edwards were racing for the championship was the first year I thought it became painfully obvious that the other 41 drivers were getting out of the way. It’s only gotten worse since then.

Great job Kevin, this article is well thought out and nicely written. It was interesting and easy to read. I got wrapped up in your analysis agreeing with your logic and then remembered, it’s NASCAR. With your talent you should consider sports writing.

Fo r Brad to get in without a win would require A LOT of lucky things to happen…He is only in control of his destiny with a Win..Carl has an outstanding record at Phoenix…Hoping Martin can find some extra skill/luck as it would be Great to see a single car team there but Nascar won’t be doing the 78 any favors comparatively..Good luck to Gordon at Homestead(or Martin)

I wonder if the 48 will help his teammate in the 4 again this week if he needs it. It’s fast enough.