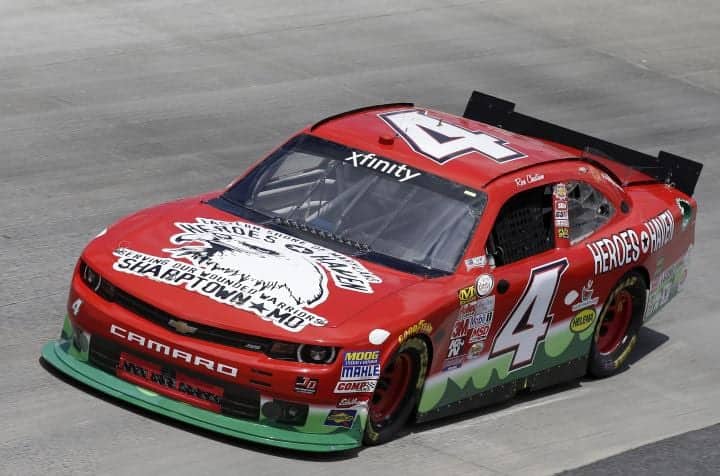 JD Motorsports with Gary Keller announced on Thursday that Ross Chastain will return to the team for the 2016 NASCAR Xfinity Series season.

“I couldn’t be happier with what Ross has done this season,” team owner Johnny Davis said on the team’s Facebook page. “He is a smart, young driver with unlimited potential. We knew from the first race at Daytona that we were going to be in for a good year with him.”

Chastain is currently 15th in the NXS points standings with four top-20 finishes.

“We want to build off what we got this year,” Chastain added in a team release. “It was obviously a good year in a lot of ways, but we can always be better. I’m really looking forward to a second year there.”

The shining moment for Chastain was his near-win in the season opening race at Daytona when Chastain found himself among the leaders in closing stages of the race before an accident derailed his run to a ninth-place finish.

“With the way Daytona is and how those races can be, I sort of expected something bad to happen and that we would just go on to the next race,” Chastain said. “But we made it through all the melees and had a chance to win the race. It was great. To see the look on Johnny’s face and on Gary’s face and to see the reaction of all the guys on the team was fun. It opened my eyes to how we could do some things that people might not have expected.”

The No. 4 team is currently 21st in the NXS owner points standings.