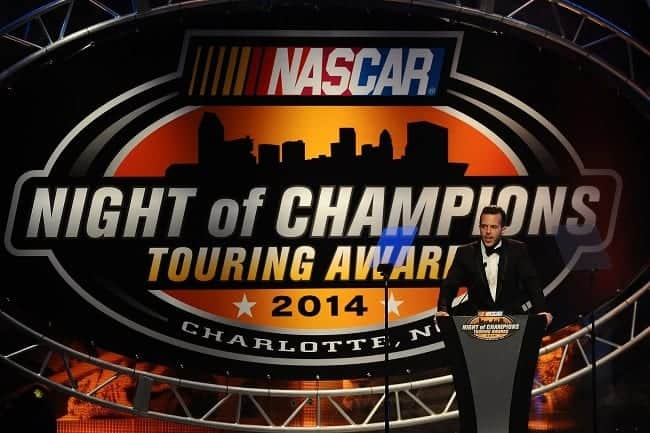 Living in Belgium, Anthony Kumpen never thought about pursuing a career racing stock cars. Well, that changed rather quickly after he witnessed a NASCAR Whelen Euro Series event while participating in a GT race in Europe. The next year, he entered the world of stock car racing, adjusting at a rapid pace and winning the 2014 championship for PK Carsport.

After winning the championship, Kumpen began a quest to move up through the NASCAR rankings. In June, he announced that he would be racing in the K&N Pro Series East for Ted Marsh at Loudon. After making his series debut in the season opener at New Smyrna, finishing 14th, he finished 21st at Loudon, two laps down.

However, the journey escalated from there. In June, he announced that he will be making three starts in the NASCAR Xfinity Series. With the Nexteer Road to Daytona program, the Euro Series has created a plan to help him adjust to racing in America, and with two races in the books, he has his feet wet in NASCAR’s second-tier division.

“The Xfinity cars are a bit more competitive than the cars in Europe,” Kumpen told Frontstretch. “I had to get used to the transition from the K&N Series to Xfinity. Driving wise, I think it is more comparable to our cars in Europe. For sure, the tires are more compared to the tires in Europe. I have to learn how to conserve the brakes, the tires and doing pit stops, where we don’t do them in Europe during the race.”

Kumpen made his series debut with Rick Ware Racing, finishing 28th at Iowa Speedway, 10 laps down. Joining Precision Performance Motorsports for Phoenix and Homestead, he set higher expectations for himself.

The team, owned by Rick Gdovic, purchased the assets of Viva Motorsports earlier this season. Prior to Phoenix, they had run just one other event at Watkins Glen with Brandon Gdovic. The father-son duo met Kumpen in Italy, where Brandon was making his Whelen Euro Series debut and had asked for advice from the reigning champion.

But now, after finishing 24th, six laps down at Phoenix in the No. 55 car, Kumpen is looking for a top-20 performance at Homestead-Miami Speedway. More importantly, he is looking to secure his plans for 2016.

“Next year, the goal is to race more in America in the Xfinity Series,” Kumpen said. “We want to be at Daytona in February for the 300-mile race, and I want to do some road courses next year. It will be good for me because I have a lot of road-course experience and I think I can get some good results. I will definitely be doing the Euro Series next year. I will be combining the U.S. and European program again next year. Maybe in two years, I will be a full tour in the U.S. We will see how it goes.”

It is unknown which team Kumpen will be driving for come Daytona, but he did not leave out the possibility of returning with PPM. The 37-year-old is meeting with Euro Series executives and potential sponsors in between Phoenix and Homestead to finalize plans for next year.

As of now, the plan is for Kumpen to race in America at Daytona, along with events in July and August, along with the conclusion of the season. Avoiding conflict with the Whelen Euro Series tour is the top priority for Kumpen. The series races from April 23, 2016 until June 26, with a gap until Sept. 17 for a two-race playoff.