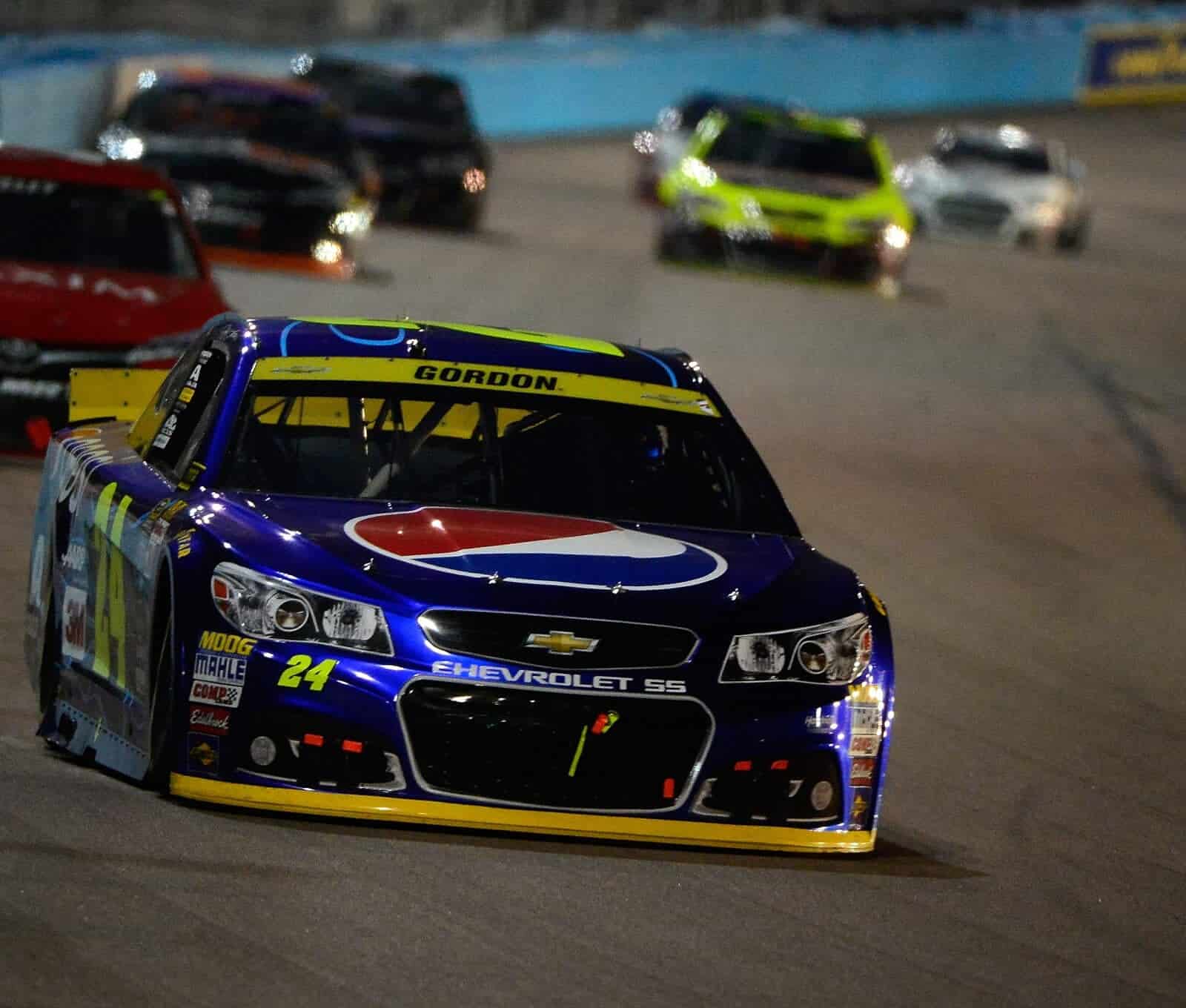 Each driver at Hendrick Motorsports will pay tribute to longtime NASCAR Sprint Cup Series driver Jeff Gordon as he makes his final Sprint Cup Series start in Sunday’s Ford EcoBoost 400 at the Homestead-Miami Speedway. Gordon will end a career that started 24 years ago at the Atlanta Motor Speedway in 1992.

The entire Hendrick Motorsports stable will carry yellow numbers that resemble the well-known No. 24 font. In addition, Gordon will sport a special silver Axalta paint scheme around the 1.5-mile Homestead-Miami Speedway while he seeks his fifth Sprint Cup Series championship.

“I’m excited to run the yellow numbers for a lot of reasons,” said Kasey Kahne. “I want to show my respect for Jeff and what he has accomplished as a driver as well as what he has done for the entire sport. He was my favorite driver growing up. It’s been an honor to be his teammate at Hendrick Motorsports. He’s just been one of those guys that I’ve always really admired and looked up to. What he’s done for open-wheel racers, what he’s done for any racer, NASCAR, people, the fans – he’s just an unbelievable guy. I’m going to miss him as a teammate. I know running his iconic yellow numbers at Homestead will be a great way to honor him and show him my respect as he makes his last start. He will always be one of the greatest drivers of all time. He’s as good as it gets.”

“The fans of the No. 48 car will be so happy to see the return of the yellow numbers, and I know Mr. Hendrick is going to be excited because he will be able to see the cars better with all the numbers being the same (laughs),” said Jimmie Johnson in a team release. “On a serious note, it’s just a great tribute to Jeff and all he has done for this organization and even for me personally. If it wasn’t for him, I might not be where I am today. I think it’s going to be really cool-looking for all of the teammates to run the yellow and a fitting tribute to a true champion.”

Check out the yellow 88's on @DaleJr's car this weekend to honor @JeffGordonWeb in his final #NASCAR race. #24ever pic.twitter.com/oWka2vVg78

“Jeff has done so much for this sport over the years that I personally like to see the respect and appreciation that he has been shown throughout the season, especially as it has ramped up toward the end of the year,” said Dale Earnhardt Jr. “He deserves every bit of it. I think that with everything going on with the Chase and all of the excitement in the sport today, I would just hate for his accomplishments and what he’s meant to the sport to be overshadowed in any way, so I think it’s a great way to tip the cap to him in Homestead with the yellow numbers.

“I think everyone genuinely has appreciated what he’s lent to the sport as a driver but also Hendrick Motorsports and what he has made of the company,” Earnhardt continued. “He’s really helped Rick a lot, bring the company along and improve the company to what it is today. He’s been a huge part of that. A lot of people were involved with making Hendrick Motorsports what it is, but Jeff’s had a huge hand in that and I think it’s great for the company and the drivers to acknowledge his last ride.”

Gordon enters his final Sprint Cup Series race of his career with 796 consecutive starts. He holds 93 victories, 325 top-five and 474 top-10 finishes. The 43-year old has started on the pole 81 times over the course of his career. Gordon can claim his fifth title if he places higher than the other three Chase drivers on Sunday.