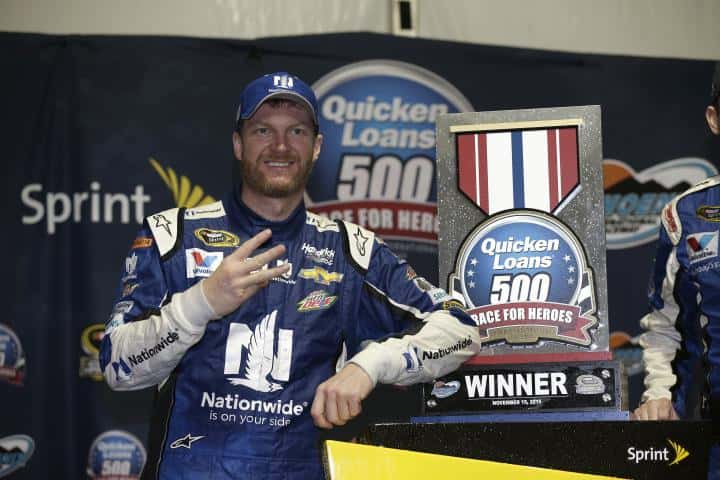 And then there were four. After waiting all afternoon and into the evening for weather to clear, Dale Earnhardt Jr. won the rain-shortened race at Phoenix. It was Junior’s third win of the season, keeping a potential Chase driver from winning his way into the championship race at Homestead.

Next week’s finale at Homestead is sure to be exciting. Not only because a champion will be crowned but because the sport is saying farewell to Gordon, who is retiring from full-time racing. But before the champagne is sprayed, see where your favorite driver ranks after Phoenix.

How The Rankings Are Calculated: Frontstretch does our Power Rankings similar to how the Associated Press does them for basketball or football. Our expert stable of NASCAR writers, both on staff and from other major publications will vote for the top 20 on a 20-19-18-17… 3-2-1 basis, giving 20 points to their first-place driver, 19 for second, and so on. In the end, Mike Mehedin calculates the points, adds some funny one-liners, and… here you go!