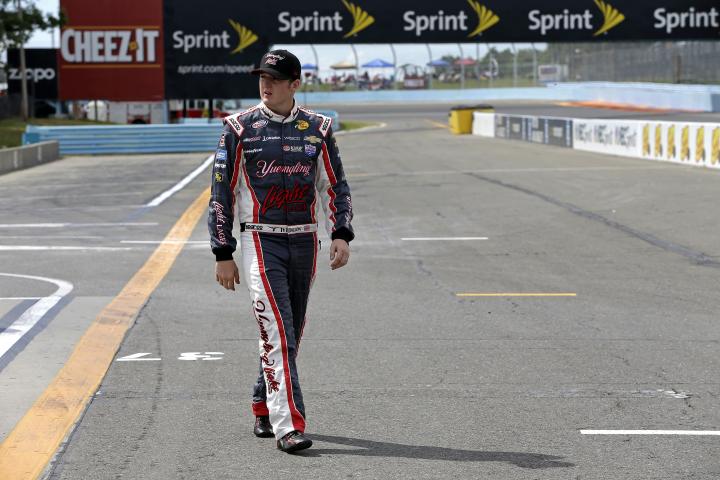 Competing for the 2015 NASCAR Xfinity Series championship, Ty Dillon is looking for more in 2016. The grandson of team owner Richard Childress will return to the NXS next year, according to Dillon himself during a teleconference on Wednesday afternoon.

Dillon, 23, competed in his second full season in the NXS this year, and currently sits third in points, 22 markers behind championship leader Chris Buescher entering the season finale at Homestead-Miami Speedway. Leading the series with 12 top fives, he has improved upon his rookie campaign, where he had seven finishes inside the top five.

“I am expecting to run a full Xfinity again next year with most of the same sponsorships, along with trying to put together a full Sprint Cup program,” Dillon said. “I know for sure I will be in the Xfinity Series.”

Last year, the North Carolina native made his Sprint Cup Series debut, finishing 25th at Atlanta, returning to the circuit at Phoenix, ending that race in 27th. In 2015, he has run four events for Richard Childress Racing in the No. 33 car, earning a best finish of 14th at Michigan in June. He will return to the series this weekend at Homestead with sponsorship from Nexium 24Hr as he looks to build his program for 2016.

For several months, Dillon and Childress have speculated that they were working on a Cup program so he can join older brother, Austin Dillon, in the Cup Series. If he were to race at the Sprint Cup level, RCR would need to start a fourth full-time team, something they have not done since 2011.