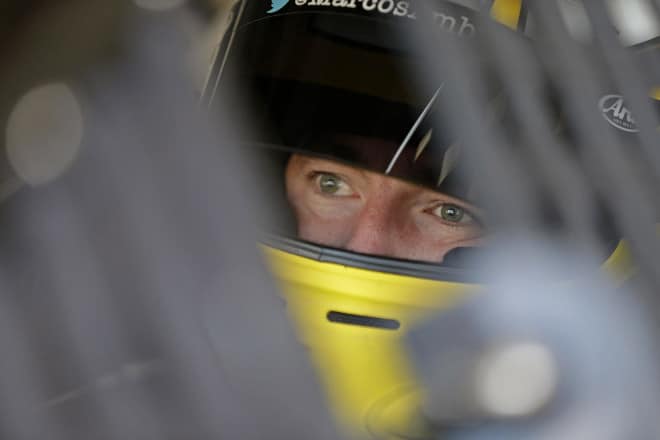 Here’s an interesting thought: How many drivers who raced in one of NASCAR’s national series in 2014 didn’t in 2015?

It’s certainly intriguing to think about. Each year, hundreds of drivers make their way through the top three series, whether it’s as a full-time competitor, a one-off racer or somewhere in between. Of those, most will continue in the sport next year. And the year after that. And the year after that. And if you’re Jeff Gordon, for over two decades. Morgan Shepherd? Four.

But each year, a few names drop off the entry lists and the overall point standings. Some aren’t surprises – perhaps they retired, or decided to move to another series, or simply didn’t have the ride, even on a part-time basis.

As the Sprint Cup, Xfinity and Camping World Truck series hit Homestead-Miami Speedway for their respective season finales, 55 drivers who took at least one green flag in 2014 have not joined the squad this year, barring any last-minute changes to the entry lists. These drivers range from former winners who went off to do other things (or nothing at all) to racers you either forgot about or, if you’re more of a casual follower of the lower series especially, never knew existed.

Marcos Ambrose: The multi-year Cup veteran and former Richard Petty Motorsports driver, who won two Cup races in a modest career, returned to his native Australia and drove for Team Penske (fully DJR Team Penske) in V8 Supercars competition. Given the Penske affiliation, there were rumors of one-off road-course races with the team, but they didn’t come to fruition.

Terry Labonte: Labonte, a two-time Cup champion, retired (again) after the 2014 season, having run the restrictor-plate races for Go FAS Racing – and meant it this time, not returning for 2015. His brother Bobby took over the races in the No. 32 this year and looks to do so next year, too.

Jeff Burton: After a last hurrah with Michael Waltrip Racing last year, Burton fully committed to the broadcast booth, becoming a recurring presence during NBC broadcasts the second half of the season. Oh, and his son Harrison? Running a full K&N Pro Series East schedule for HScott Motorsports with Justin Marks in 2016. Looks like Jeb Burton won’t be the only offspring from Jeff and Ward in NASCAR’s highest regions very soon.

Juan Pablo Montoya: The open-wheel-turned-stock car-turned-open-wheel driver left NASCAR in a full-time capacity in 2013 but returned for two Cup races in 2014 for Penske. None to speak of this year, though he did win two races in the IndyCar Series en route to a second-place points finish.

Corey LaJoie: The RPM developmental driver developed elsewhere this season, running zero races in the national series after driving nine across all three in 2014. Instead, two Whelen Modified Tour events, a K&N Pro Series East race and a score of local showdowns.

Brennan Newberry: The 25-year-old from California who has four NXS and 43 Camping World Truck starts to his name ran no races, though father Bob’s NTS Motorsports continued in 2015, fielding a full-time Truck ride for Daniel Hemric and some part-time teams.

Joey Coulter: A former full-time competitor for GMS Racing in the Truck Series, Coulter settled into a new role at the organization this year: team relations coordinator.

Mason Mitchell: Mitchell went from the defending ARCA Racing Series champion and a one-time Truck Series competitor (the Homestead race last season) to a part-time ARCA driver but full-time owner, fielding the No. 98 for Austin Wayne Self while appearing intermittently in the No. 78.

the big question for 2016 is how many fans will NASCAR lose in Gordon’s retirement?

There are very few names on that list you posted that I even recognize.

A LOT of fans didn’t come back and more will follow.

On JR Heffner: He indicated in April that he was planning on attempting the Mudsummer Classic this year, still with his own equipment, but likely not in association with MB Motorsports. However, he struggled with his Big Block Modified at Lebanon Valley for much of the early part of the season. Later on, he told me that it would be irresponsible on his part to spread himself thin in those circumstances.