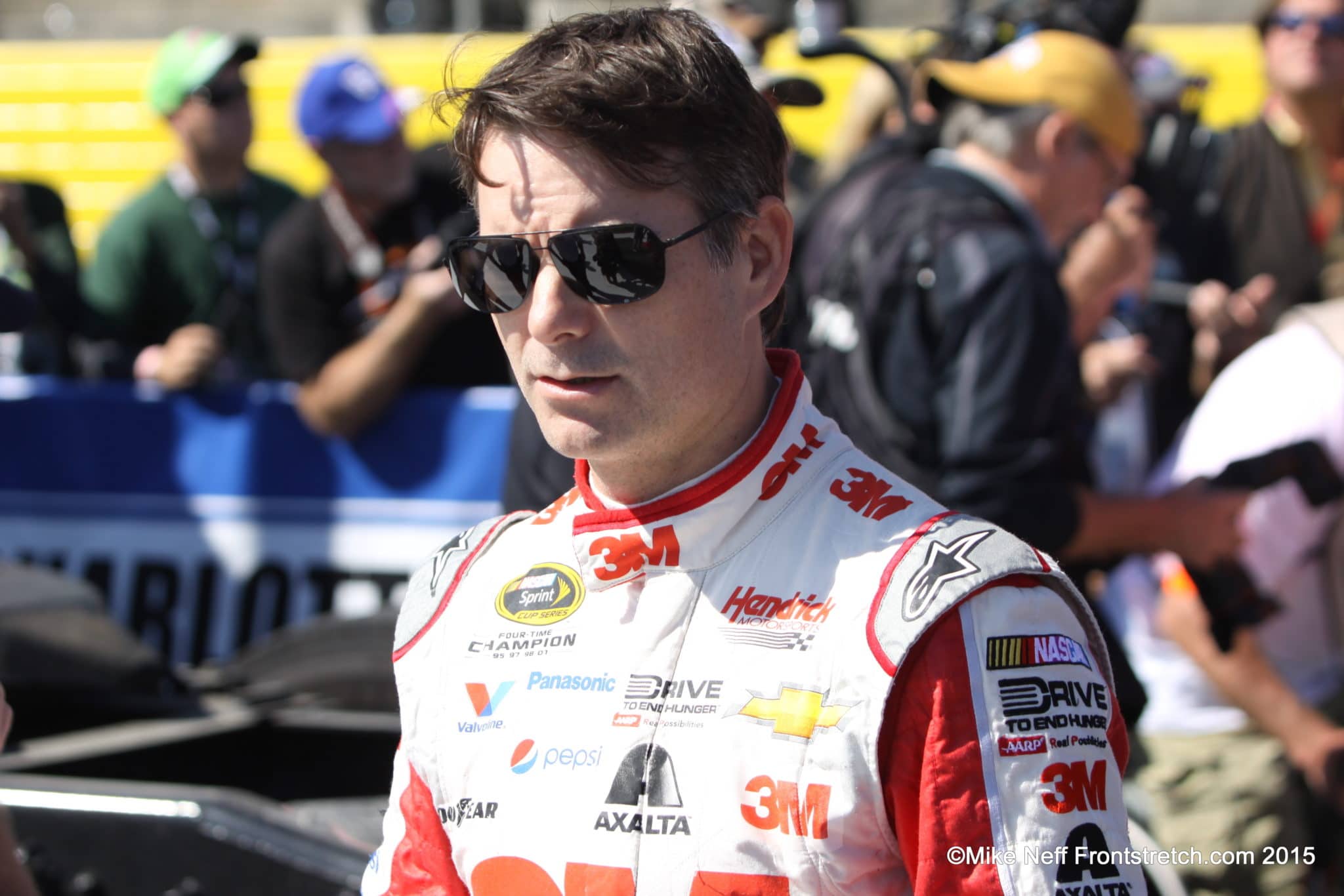 It’s not often that a superstar has the opportunity to retire as a champion of their sport. Those four athletes are part of a select few that have, and this weekend Jeff Gordon aims to join them.

If Gordon can finish the highest among the four championship contenders at Homestead, he’ll wrap up his fifth Cup title and first since 2001, a dry streak that nobody could have envisioned for the now 93-time race winner back at the beginning of the millennium.

Gordon valiantly fought under multiple championship systems over the years, but couldn’t seem to put together a full run in the Chase era until this season. He came close to the title in 2004 and 2007, finishing third in the former during one of the closest title-runs in history. In the latter, he won six races and racked up a whopping 30 top-10 finishes (three more than Kevin Harvick this season) but ultimately fell short to teammate Jimmie Johnson.

Gordon has the team, the talent and the collective well-wishes of thousands of fans to win his first Sprint Cup. In a season that’s been marred by injury, questionable calls, rain and payback, Gordon winning the title would be a fitting end to a somewhat bizarre 2015 season.

2. WHO WILL BE YOUR CUP CHAMPION?

First up you have Harvick, the defending Cup champ who has put on a clinic in consistency this season. He has finished in the top three in more than half the races run this season, and returns to a track that he won at last season en route to winning the title. Despite his favorite status, many fans and drivers would decry a 2015 title because of the move he pulled at Talladega a few weeks ago.

Kyle Busch has spent years qualifying for the Chase by racking up win after win during the regular season only to see his campaign fall apart once September arrives. He’s only won once in the fall since joining the Cup ranks in 2005, at Phoenix that year as a non-Chase driver. When he broke his leg in the season-opening Xfinity Series race, nobody thought he could return to the track so quickly, let alone win and qualify for the top 30 in points. He did all three, and rode that hot streak all the way to Homestead.

Martin Truex Jr. is the biggest underdog running for the championship since Alan Kulwicki in 1992. Driving for a single-car team with a lame-duck manufacturer contract, Truex is looking for his third NASCAR national championship – he won NXS titles in 2004 and 2005. A championship would also mean a 23-spot jump in points position from the end of last season to this season, something that has never been done in NASCAR history.

Gordon is more than the sentimental favorite. While many would consider him an underdog, I think it’s actually the opposite: Gordon and Harvick are the favorites. They both have championship experience, and Gordon knows what not to do after years of trying in the Chase. He said a couple of weeks back that he’d move the leader if it meant winning the Cup. With nothing to lose, Gordon will win the race and be your 2015 champion. When the smoke from the burnout clears, expect a receiving line that rivals the one given to Dale Earnhardt after his Daytona 500 triumph.

Chase Elliott and Matt Crafton had high hopes of repeating their championship performances in the NXS and Truck Series, respectively. Their seasons, while respectable, haven’t been up to the paces that their challengers have run. Here’s a breakdown of each title race.

In the NXS, you have Roush Fenway Racing’s Chris Buescher leading the standings by 18 points over Elliott despite having six fewer top 10 finishes than the defending champ. What he does have, however, is two wins to Elliott’s one and has been running at the end of each race, something Elliott failed to do once this season. Elliott’s hopes for repeating appear to be over. Barring a mechanical failure for Buescher, Elliott simply cannot make up the deficit. When you look at last year’s finishing positions in this race, Buescher took home fifth and Elliott 17th. Buescher will be your 2015 NXS champion.

On the Truck side, Crafton has had a stellar year with five wins and similar top-five and top-10 counts as last year, but a wreck at Phoenix last weekend crippled the team’s opportunity to be the third NASCAR national entry to win three consecutive championships. 32 points behind leader Erik Jones is too much to overcome, meaning the race will come down to Jones and Tyler Reddick. Reddick is 19 points behind Jones, a deficit similar to Elliott’s and much too big to overcome without an issue for the points leader.

Last year’s champs will, like their Sprint Cup counterpart, fail to repeat.

4. WILL WE SEE MORE CHASE SYSTEMS IN PLACE NEXT SEASON?

You’ve heard about the potential Truck Series Chase NASCAR is thinking of implementing, but did you know there is a potential NXS Chase on the agenda, too? It’s still just an idea being spread around the garage to gauge competitor opinions, but the rules will reportedly look like this:

Obviously the biggest piece of this proposal is the banning of Cup drivers from the races, something that many fans have been clamoring for since the 1990s. But is it worth the cost of a Chase system? The NXS and Truck Series already put on great points battles without a Chase, and as our Beth Lunkenheimer pointed out last week, a Chase format in the Trucks means a pretty weak championship field. The hope is, of course, to let these smaller teams have a chance to shine and without Cup drivers in the mix, perhaps they can run stronger and attract more funding.

The flip side, of course, is Cup organizations pulling support because they can’t run their drivers in a lower series. Another potential drawback is that sponsors pull out or move up to Cup, knowing that’s where the real money is.

Who in the face of reality would consider putting in place a system that is failing in one series and foist it on to others? Only Brian France. Championships are already close in Trucks and Xfinity, proving there is no need for any other format. Many fans feel that a ‘chase’ championship is fairly worthless, not watching on TV, the biggest source of revenue for Nascar. The only appealing thing about the idea is banning cup drivers from other series at the cost of another ridiculous playoff.

Fans go to a race to see who takes the checkered flag and who outraces who. They could care less about the
overall Chase farce, yet the drivers have only that on their mind. This leads them to “a good points day” and
continues on for 26 useless competitions. Then the final 9 races are minimally competitive, but only for a select
number of drivers. As the cuts begin, other teams are left out of coverage and their sponsors should wonder
if their dollars are effectively spent. The final race is nothing more that a one day competition for the championship making NA$CRAP look like the idiots they are.