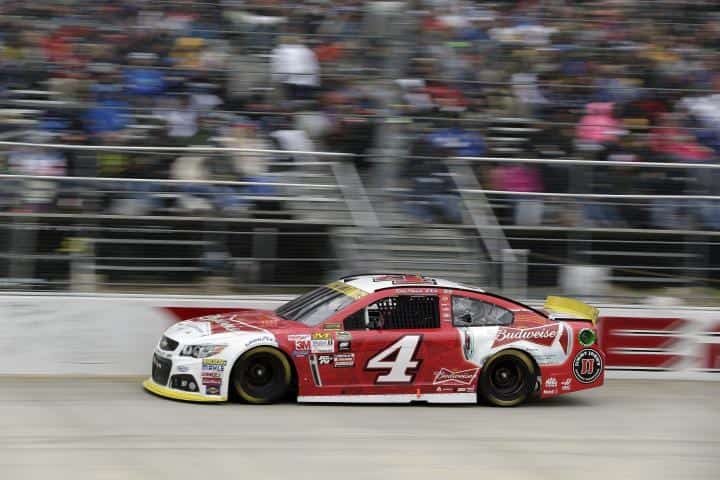 Not much is for certain in racing but here’s one thing that is: At the end of the weekend, NASCAR will crown a champion at its highest level. The four drivers still standing consist of the aging hero on his way into the sunset, the reigning champ and resident bad boy, the comeback kid, and the underdog. Everyone has a favorite for one reason or another, and fans are vocal about their choices. As the countdown grinds toward zero hour, plenty of excitement has been generated.

But just under the surface, NASCAR is a sport in turmoil. Ratings are dropping for too much of the season. Sponsors are wary of investing in the sport. If there’s a title sponsor on the horizon to replace departing Sprint after the 2016 season, it’s an incredibly well-kept secret. Teams, many of whom a decade ago would have recoiled at any such notion, are asking for some sort of franchising deal to ensure that they get some kind of equity at the and of the day. Beneath the pretty exterior, there’s a house of cards that could tumble at the slightest squall.

As 2015 draws to a close, there’s a lot to put on the drawing board: aero package, tracks, sponsorship, franchising… the list is long and complicated. So as the sport heads to the conclusion of another season, could the champion it ultimately crowns make a difference?

Yes and no. There’s long been debate over whether a certain driver makes a better champion for NASCAR and whether who the champion is makes a difference. And in the grand scheme of things, who ultimately hoists the silver champion’s trophy probably doesn’t have a dramatic impact.

But it’s also hard to say it doesn’t matter. People talk about the champion. Sponsors pay attention. A popular champion can keep fans talking (but then so can an unpopular one). NASCAR needs the kind of storylines that steer fans away from the negative, at least for a while.

So from that standpoint, does it matter which driver wins Sunday?

Maybe it does. But it’s pretty good news for NASCAR in that all four bring something compelling to the table. Consider the stories here.

Jeff Gordon is one of the most successful drivers the sport has ever seen. He’s won 93 times, more than all but two others in the entire history of the sport. He’s won the respect of his competitors. He’s a certain Hall of Famer, because not only is he one of the best ever to strap into a stock car, he helped move the sport into the 21st century, bridging the eras of Richard Petty and Dale Earnhardt with those of Tony Stewart and Jimmie Johnson (and don’t forget it was Gordon who saw something few others did in Johnson, the only driver right now who’s a threat to Gordon’s career win total).

He’s also earned the respect of fans. Oh, how so many fans used to loath Gordon, relished in hating him. If you weren’t a Gordon fan in the late 1990s, you probably weren’t sorry when he spun out. He wore the white hat to Earnhardt’s black one, and many resented him for it. But that’s changed over the years, to the point where when Gordon won at Martinsville earlier this month, many fans stayed in the stands long after the race had ended, soaking in what they knew could well be the driver’s last victory. For Gordon to go out on top would be an impressive performance that few in sports have accomplished, and that’s the kind of talk NASCAR could use.

Kyle Busch was badly injured in a devastating crash at Daytona this spring. He didn’t strap into his Cup car until May, and even with a medical waiver, many didn’t give him a prayer of making the Chase. But he did. And in the process, Busch appears humbled, a good thing for the driver who has been polarizing for fans throughout his career. His comeback rivals some of the most impressive in sports, and a title would represent beating odds that were stacked against him. If it’s true that people love an underdog, Busch would be a popular champion.

But he’s not the biggest underdog. That’s Martin Truex Jr., who drives for single-car Furniture Row Racing. The last time a single-car team won a championship was 1992, when Gordon was making his inauspicious debut and Truex was all of 12 years old. A year ago, Truex’s performance was so abysmal that even with a small team, people questioned his worthiness. A year before that, he became an unwitting victim in a scandalous scheme that had been hatched to boost his title hopes. He was, at best, an afterthought. Add to that that, girlfriend Sherry Pollex has gone through a courageous public battle with cancer that nearly claimed her life, and Truex, while a darkhorse on paper, would write the final chapter in a story that, if it were a movie instead of reality, would probably be panned for being too unrealistic.

And then there’s Kevin Harvick. He’s the reigning champ, and a repeat title is one of the most difficult feats in major sports. Plus, he’s earned more points this season than any other driver, still considered by many to be the gold standard even though it determine who takes the title. But Harvick is in the doghouse with fans at the moment for a crash at Talladega which many feel he caused

intentionally to end the race and ensure himself a berth in the next Chase round even as his engine was going south fast. He’s always rubbed a large faction of fans the wrong way. While he can be engaging and hilarious, he can also be abrasive off the track and overaggressive on it, with a reputation for running his mouth.  He’s had a talent for angering fans even as he’s made them laugh, for most of his career, and his hard-nosed driving style is one that can easily make enemies on the track.  A Harvick title, though, would make people talk, and that’s never a bad thing.

As positive as any of the four would-be champions has the potential to be for the sport, though, one thing remains that will rankle: the selling point for the title format was that it’s all about winning, and while the four contenders all have at least one win, and nine victories between them, the fact remains that the three drivers with the most wins missed the cut, all to incidents not directly of their making. That leaves fans to ponder what really matters. If the driver with the most wins can’t be champion, and the one who earned the most points may or may not be either, what does that leave? What NASCAR doesn’t need is people talking about its champion not being legitimate. The sport needs a champion who will end that talk, and they’re likely to get one one way or another. If Harvick wins, he’s legit because of the points he earned, and the others have enough feel-good potential to quiet the detractors.

Does the champion matter? Yes, and on that front, NASCAR is in good shape.

What is a “Champ”, the guy with the best stats at the end of last race at Homestead for 36 races. Period!

The 4 you mentioned are “stories” for this year, a way to boost and sell the final “showdown”. The only one in the ballpark with stats to say ‘Champ” is Harvick. But then again others are better in the pecking order of the old systems as well who are not allowed to participate. The other 3 are not even in the ballpark. Yeah, somebody got screwed one year, or two (in fans mind) and deserves it “it is his last race”, somebody is a “nice guy”, does anybody really know? But his “longtime girlfriend..blah, blah, blah. One guy is a good story missing 1/3 of the races but hasn’t done much in some time. Two wins since the beginning of August between the 4. One guy has won 3 races in 368 races and drove for multiple teams. Nah, I will pass, the script is written, so be it. The beach is looking good this weekend. The word “Champ” has been diluted with the 10 race deal, more so with the one race bs. Shame on me for caring.

The Beach? Baby it’s cold outside. Good thing you have a built in wool coat. BAHAHAHAH. Don’t turn on me, it’s a joke. I feel like I fit your definition of sheep sometimes.

You might rabbit, you might. But the regardless the view outside my living room window has the north shore swell coming it and the beach always beckons, if you are inclined. This weekend I am inclined.

Sorry J. Smith, again don’t know how another family members name from my computer populated the info field, but it is what it is..it is me KB, your favorite….lol. Don’t worry however, my interest is waning and this farce for two years in a row, has got me asking myself, why do I bother. Have a nice holiday.

As far as I’m concerned Amy the only years since the chase began where the champion was legitimate would be years where the champion happened to also accumulate the most points over the entire 36 race season. I’m sure that has happened a few times since 2004 (I have no idea what years and I’m too lazy to do the research) but, for the most part, all the chase champions should have asterisks after their name if they didn’t also have the most points over 36 races.

If Harvick wins and gets an asterisk, he should also have a phallic emoji next to his name. It is beyond me how even Magic Man BZF would give Harvick a chance to be ” *Champion”. Matt and Logano were boys having at it but what Harvick did was worse than spin gate by far. Bowyer didn’t purposely take out 10 other cars while making a mockery of Bryan’s illusion.

Yes J. Smith, Harvick’s deal in the closing laps of Talladega was a total dick move.

As a fan, I hope Gordon takes home the big trophy at the race in Homestead, but essentially this chase/championship has been chaos and turmoil. Yes people are talking about NASCAR but for the wrong reasons.

Does it matter? I have never been a fan of the chase, I think it is contrived and forced and the elimination junk just made it worse and that defining a champion after 10 races based on the way things have proceeded this year is a good example of “how not to do it”.

Personally I will be happy when it is all over.