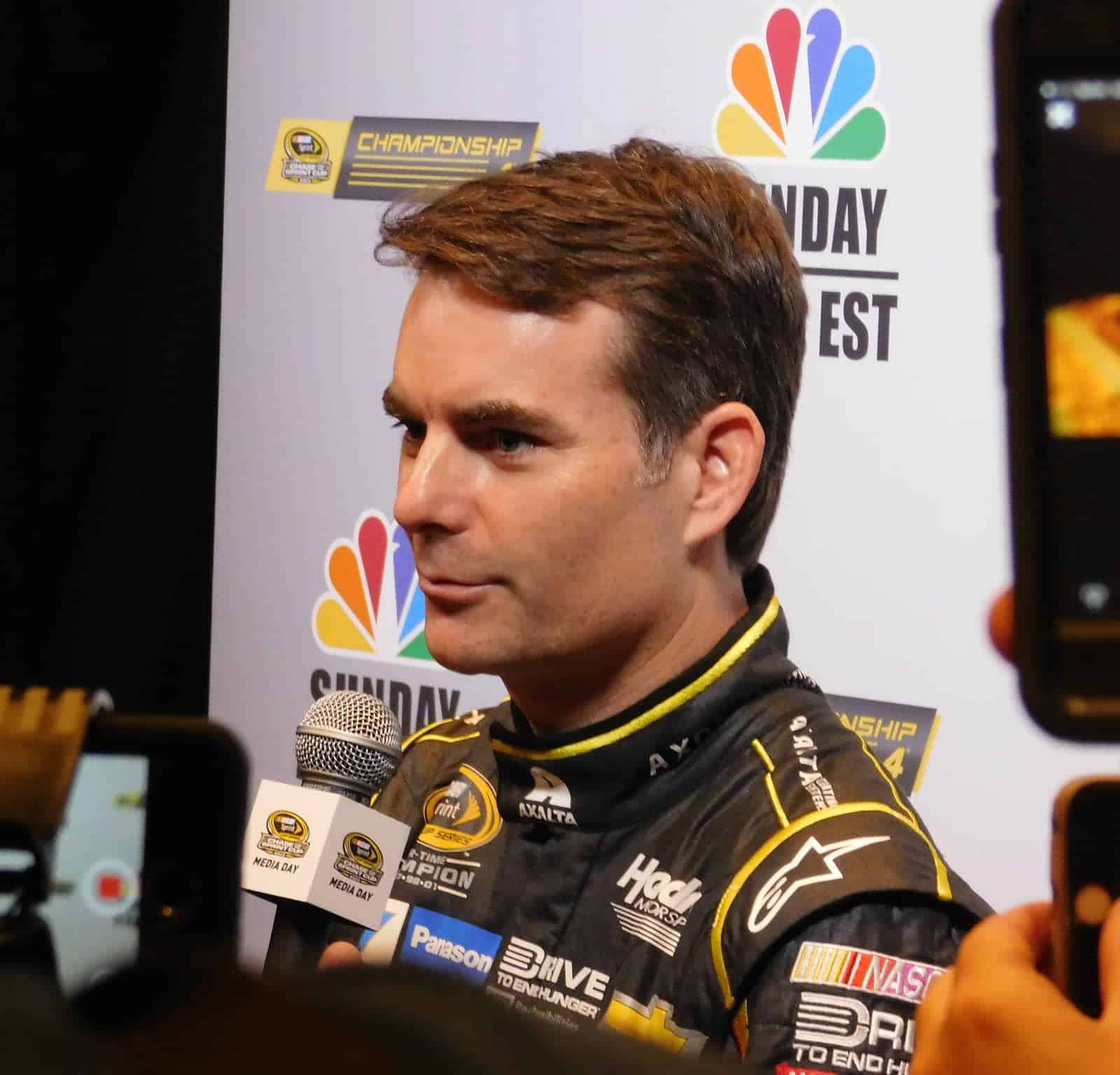 In Jeff Gordon’s words, victory at Martinsville Speedway less than three weeks ago sealed not only his chances at a walk-off championship, but his entire final season of Sprint Cup Series racing.

“I didn’t think anything could top the Brickyard 400 in 1994, that win, until Martinsville,” Gordon said during Thursday’s Championship 4 media conference in Florida. “That win in Martinsville – solidifying our chance to come here as a champion contender – that just sealed it for me.”

Though Gordon will wrap up his illustrious NASCAR career in style, it didn’t always look that way in the eyes Gordon and the No. 24 Hendrick Motorsports team.

“I was more disappointed of how earlier in the season we weren’t getting the results,” Gordon, who scored just three top-five finishes in the 26-race pre-Chase season, said. “We weren’t putting the performances together, we weren’t running as good as we wanted to. I was thinking to myself, ‘Man, I don’t want to go out like this, I want to go out being competitive, battling for wins.'”

Then, like the final laps at Martinsville onward to victory No. 93, Gordon and the team stepped up as the Chase hit the pivotal points toward Homestead-Miami Speedway.

“All through the Chase, we’ve been able to step up and perform the way I was hoping that we would,” he said. “And then of course the Martinsville win and now here we are with that same opportunity. That’s how you want to go out, and that’s how I hope I can.”

No matter the outcome on Sunday, Gordon has four titles in his back pocket. However, each would stand in shadow of a crown in 2015 as family brings even more value to victories.

“I didn’t think anything could top that 1998 championship when we won 13 races,” he said. “I’ve always had a tough time trying to balance out which one was most meaningful because ’95 was the first one going against [Dale] Earnhardt, that was huge. ’98 was big because of the 13-win season and how we dominated the season. But ’01 was extremely, personally gratifying to me to do it with [crew chief] Robbie Loomis.

“But this one is so much different because [of] my final year, my final race, Ingrid and the kids. The kids motivate you in a whole new way. No matter what, we’re going to go out and be happy and celebrate. But to do it as a champion, oh my gosh, I just can’t imagine anything that would be more emotional, more exciting and more gratifying than to look at my wife in the eyes and see that reaction from her when that race is over.”

Team owner Rick Hendrick has been there for each of Gordon’s titles as well as another seven in his Hall-of-Fame career. Despite the incredible shelf of trophies to his name, Hendrick would put Sunday’s Sprint Cup Series title proudly on top.

“That’s going to be an emotion that’ll happen – I think we will all go bananas,” Hendrick said. “It will be just like what we saw at Martinsville, on steroids. Everybody would be so proud and happy for him in the fact that he can [do] a walk-off home run.

“It would just be a fairytale story. I think it would be the biggest championship won the last I don’t even know how many years.”

Before we crown a champion, there is a 400-mile race to settle. For Gordon, a prior Homestead victory in 2012 wont hold as much assistance as a test teammate Dale Earnhardt Jr. did at Homestead this year.

“What we’re really going off of a lot right now is that Dale Earnhardt Jr. tested here and has data,” he said. “So we can compare the data and the setups from last year to this year and get some pretty good information that gives us a good direction for where we need to go for Friday.”

Looking at the three title contenders alongside Gordon – Kevin Harvick, Martin Truex Jr. and Kyle Busch – the mind games were a tough find among the four, which surprised Gordon.

“I don’t know if that works with these four,” he said. “Some years that might work, other years, it might not. Certainly Kevin [Harvick] is good at it. He’s got a good sarcastic sense of humor that plays out well and plays to his favor a lot of times. I’m a little bit surprised but at the same time, I think it shows the respect level on that stage and that we all want to go out and just race for it on Sunday.

Despite the apparent respect, the 44-year-old knows and expects contact on the racetrack if the battle for position turns to a battle for the championship.

“You’re going to do what you need to do to win the race and win the championship if that’s what it takes,” he said. “Nobody wants to go out and wreck a person for that win.”

That doesn’t mean Gordon won’t give or expect the bumper in the final laps for the title.

“Rubbing is a little bit different,” he said. “Pushing and shoving and rubbing – I think everybody understands what’s on the line. If I’m leading the race and one of these guys are behind me, I know my job is to get clear of them so they cant get to my bumper, they cant get inside of me or outside of me to create contact. Its the same thing for them if I’m in second, they’re going to be thinking the same thing.

“They’re gong to know and expect, just like I would, if they can get to me, if they can get me sideways, take the air off me or push me up the racetrack, pull a Ryan Newman move, then that’s going to be expected.”