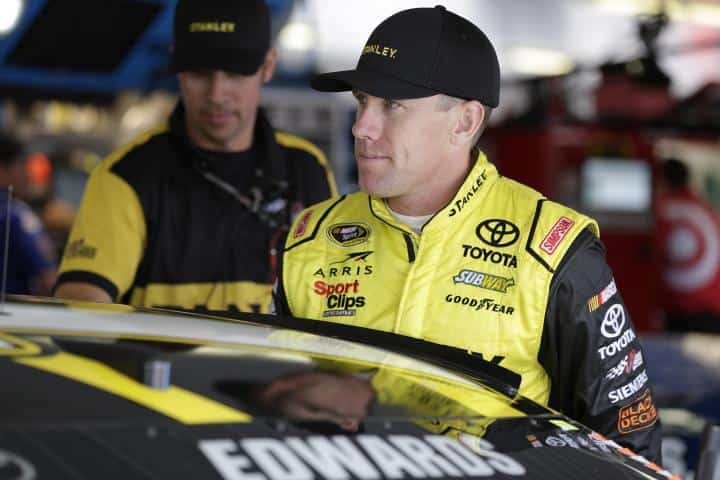 Winning the opening Sprint Cup Series practice session at Homestead-Miami Speedway may not heal the blow of missing the Championship foursome by five points, but it may be a sign of positive things to come for Carl Edwards.

Ripping around the 1.5-mile oval at 175.143 mph (30.832 seconds), Edwards topped the charts in what could be the deciding factor for Sunday’s lineup if qualifying is rained out. Brad Keselowski was more than a full tenth behind Edwards at a 30.954 seconds in second place with championship contender Martin Truex Jr. ending the session third, the highest of the Championship 4.

Hendrick Motorsports had a healthy presence in the top-10 speeds as the four-wide organization was led by Phoenix winner Dale Earnhardt Jr. in fourth followed in tow by Jimmie Johnson and Kasey Kahne. Jeff Gordon, who will compete in his final Sprint Cup Series race whilst running for a fifth title, struggled in his chrome No. 24 Chevrolet, finishing the rain-interrupted session 30th.

Defending Homestead winner and series champion Kevin Harvick ran seventh with a time more than a quarter second off that of Edwards. Aric Almirola, Clint Bowyer and Kyle Larson completed the top 10 times.