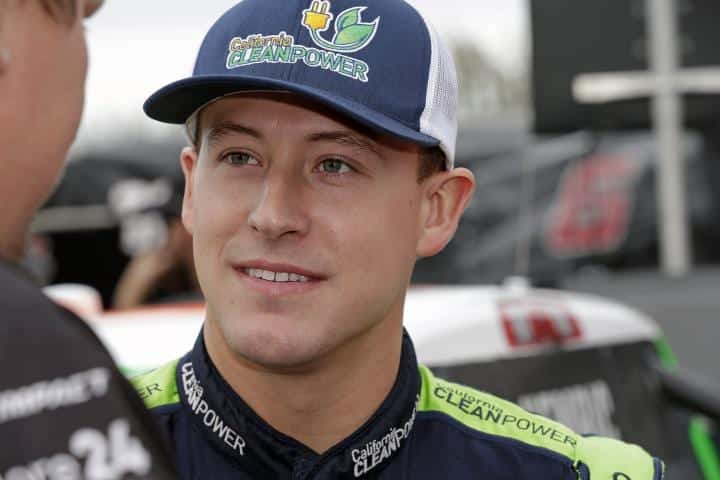 Despite some overnight rains, the sole practice session for the Camping World Truck Series started on-time Friday morning at Homestead-Miami Speedway. After only a few minutes, it became quite clear that tire wear and falloff will be a significant factor all weekend, regardless of the series.

In the early stages of the 145-minute sessions, Daniel Hemric turned in a lap at 31.970 seconds (168.908 mph) on his first lap on track. That lap held up to be the fastest of the day, but not by much. Less than two-hundredths of a second behind Hemric was Brad Keselowski Racing’s Tyler Reddick, doing everything that he needs to do to keep his championship hopes alive.

GMS Racing’s Spencer Gallagher was third fastest, and the only driver in the top five to turn their fastest lap outside of their first run on-track. Matt Crafton and points leader Erik Jones rounded out the top five.

Austin Theriault is returning to the driver’s seat this weekend in the No. 29 CooperStandard Ford for the first time since his hard crash at Las Vegas Motor Speedway. He was 11th quickest in the session and did not report any major issues.

The practice session did not see any crashes, but there were a couple of cautions that curtailed runs. Jordan Anderson‘s No. 74 Chevrolet for Mike Harmon Racing caused one yellow due to smoke. David Levine‘s No. 59 for Lira Motorsports also had smoke issues during the session, but the team was able to take care of it.

36 trucks are entered for tonight’s Ford EcoBoost 200, meaning that four will fail to qualify. Based on practice speeds, the four drivers that would fail to qualify would be Bobby Pierce, Ross Kenseth, Todd Peck and Norm Benning. Kenseth, racing for Shigeaki Hattori’s HRE Enterprises, must qualify in the top 27 to start the race. He ended up 30th fastest, three-tenths slower than Timmy Hill in 27th. Pierce was the fastest of the group in line to go home in 29th, a tenth and a half out. Peck and Benning are significantly further off the pace, eight-tenths of a second off.

Beyond those drivers that need to pick it up, both of the Lira Motorsports entries are not safe. With absolutely no points, getting in the top 27 is a necessity. Kyle Weatherman was 24th quickest, nearly a half second faster than Hill. Levine was 26th.

Qualifying for the Ford EcoBoost 200 is scheduled for 4:10 p.m. ET. The session will be aired live on FOX Sports 1.