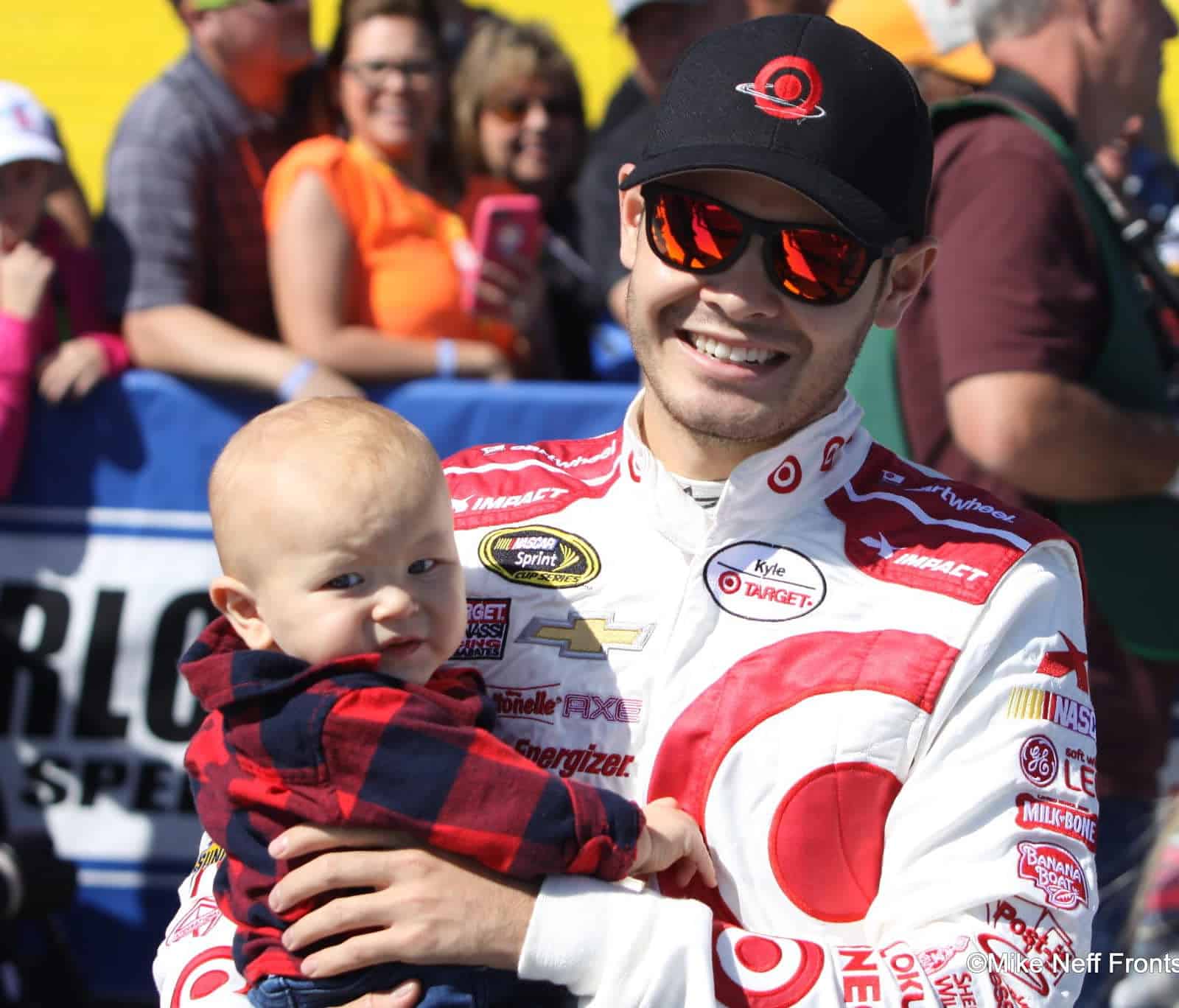 On Friday afternoon, the Xfinity Series held a 45-minute practice session at Homestead-Miami Speedway ahead of Saturday’s season-ending Ford EcoBoost 300. The rain that ended Sprint Cup practice early did not affect the session.  However, the tire wear and increased amount of rubber on the track did.

Much like in Camping World Truck Series practice in the morning, many of the fastest laps were turned in right at the beginning at the session. The only exception to that rule was the man who turned in the fastest lap of the day.

That man was Kyle Larson, who wheeled his No. 42 Crest Chevrolet around the 1.5-mile oval in 31.864 seconds (169.470 mph). The lap was four-hundredths of a second faster than Elliott Sadler, who is making his final appearance this weekend for Roush Fenway Racing. Erik Jones was third fastest, while the Dillon brothers rounded out the top five with Austin in front of Ty.

Ryan Blaney, fresh off the announcement of his full-time ride in Sprint Cup for 2016, was sixth quickest. Regan Smith was seventh, followed by Kyle Busch and JJ Yeley. Daniel Suarez was tenth.

With the tire wear increasing and more rubber being laid down on the track, the SAFER Barrier started coming into play more and more as the session wound on. First, Mario Gosselin kissed the wall. Later on, Wallace smacked the wall. Even Larson could not avoid putting a stripe on his Chevrolet. The powder blue walls could potentially play a role in the outcome of Saturday’s race.

Also, tires could be an issue as well. Race pace appeared to drop off a couple of seconds over a tire run. The tire rule will keep NXS teams from rushing to the pits every time the yellow comes out, but it remains something worth watching. Another problem might be in play as well. Goodyear has brought the same tire to Homestead that they had in Texas. The O’Reilly Auto Parts Challenge was marked by tire rubs and tire failures (especially for Larson). Friday’s practice saw one tire failure of note; David Starr had a left-rear tire fail during the session. However, Starr was able to catch the failure and managed to get the Zachry Construction Toyota back to the garage with minimal damage.

Qualifying for the Ford EcoBoost 300 is scheduled for 11:15 a.m. Saturday morning. Coverage will be provided by CNBC.