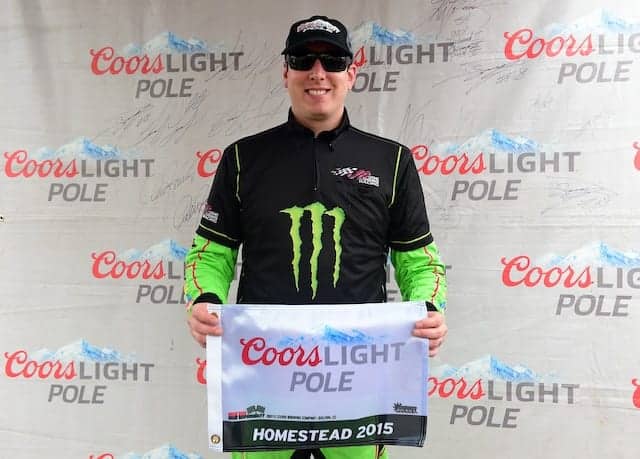 For Busch, the pole is the 48th of his Xfinity Series career, fifth of 2015 and second at Homestead in the last four years.

An impressive statistic for the 30-year-old is the current streak of top fives following poles in the NXS. The last 23 poles for Busch have resulted in a top-five finish in the race, as well as the past 35 in the top 10.

Championship leader Chris Buescher would have been quick enough to compete in the final 12-driver round. Once the rain hit, the sessions was called, slotting Buescher 11th on the starting grid.

Elliott Sadler will start his final race for Roush Fenway Racing from the eighth spot in front of Kyle Larson and Ty Dillon the top 10.

Morgan Shepherd is the lone driver to not qualify for Saturday’s season finale.

And this surprised who? There’s about to be another notch in Kyle’s belt that he wears when he’s poaching an endangered species. Who besides family and friends wants to watch?

We have a job in the house that has to be done but no one wants to do-cleaning the litter box. That’s how I imagine it is for the Frontstretch crew having to write about companion XFINITY events.

Jerry doesn’t have any problems. He believes Brian when he sys a cow patty is hamburger. Yummy!