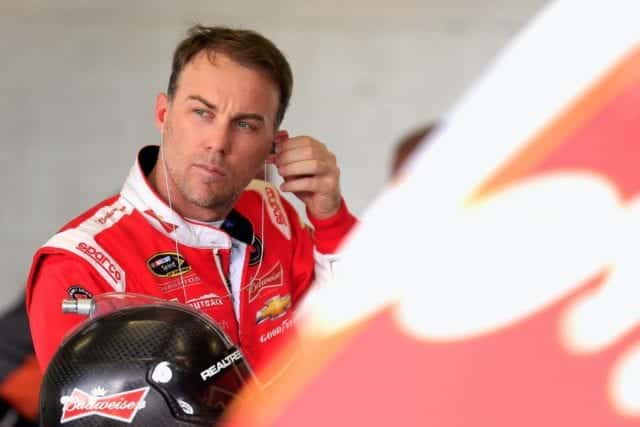 This is it everyone, the last race of the season. The chase for the Sprint Cup has been whittled down to four contenders who each have an interesting story to tell in the 2015 season. Kevin Harvick is the reigning champion and is trying to make it two in a row. Kyle Busch, who missed 11 races this year after a horrific accident in Daytona, could come back to win it all. Martin Truex Jr. is running for the little team that could, based out of Denver, Colo. Jeff Gordon, who in my opinion would be the biggest story winning the championship in his retirement year.

Let’s get to the Fantasy Live side of things so that hopefully you too will finish off the year as a league champion. Homestead-Miami Speedway is a mile-and-a-half track very similar to Texas Motor Speedway in the way it races. There will be 267 laps this week, and that means you’ll want to go after some lap leaders with your picks. However, if you need to throw the long ball to catch up, you can pick a bunch of drivers starting further back and just go with the driver who you think will lead the most laps.

No. 4 Kevin Harvick $28.75
Harvick won the race last year and in doing so secured his first championship. While he was fast during that race, the guy who dominated most of it was Gordon. I think Harvick’s performance on the mile-and-a-halfs this year stands for itself, and he should be a factor to win this race. He starts 13th, and that should score you some nice place differential points, too.

No. 22 Joey Logano $28.50
Logano has been one of the fastest cars all year and put his car on the outside pole for the race this week. I think he will be a large factor and will be out to close out the season with a win. Logano looked great in qualifying, and if that carries over to practice he should be a solid pick.

No. 88 Dale Earnhardt Jr. $27.00
While Earnhardt did not have the finish to show for it in Texas, he had what appeared to be the fastest car. The driver of the No. 88 is one of those guys that likes to put his car in the high line right up against the wall, which so happens to be the fast line at Homestead. He looked good in qualifying and starts ninth, and I wouldn’t be surprised to see the No. 88 in Victory Lane for the second year in a row.

No. 55 David Ragan $8.75
Ragan qualified 38th and should have a car that is much faster than that. He should score you some nice place differential points, and I wouldn’t be surprised to see him finish in the low 20s. If you need to gain some ground in your league, this should be a pretty good pick.

No. 40 Landon Cassill $7.00
Cassill is one of those guys that quietly can put together a nice finishing position for the equipment he is in. He starts 34th this week.

If Brian is there to hand the trophy to Harvick, what would be the number of fans who cheered?

If there were ballots for the fans to fill out to vote if the chase was liked or disliked, how many dislikes would get counted?

The rain gods are really starting to send a message to Brian during the chase, but Brian would just count the money coming in for the track driers.