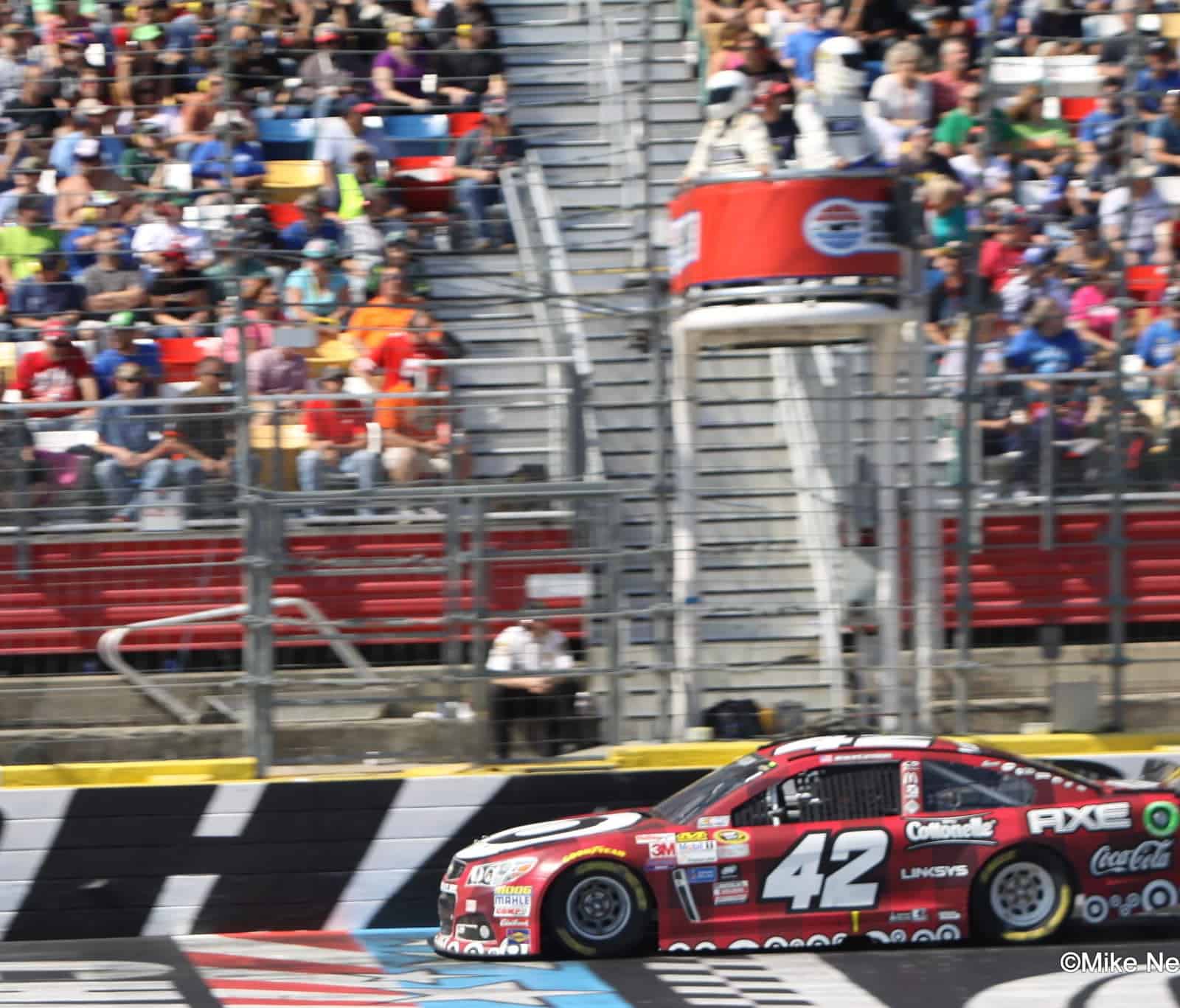 On Thursday, Tony Stewart made reference to potential changes at Stewart-Haas Racing in the offseason during Championship Media Day. Crew chief Chad Johnston was likely viewed as being at the center of those changes. If that was so, he didn’t take very long to find himself a new home.

On Monday, Chip Ganassi Racing with Felix Sabates announced that they have signed Johnston on to be the new crew chief on the No. 42 Target Chevrolet for driver Kyle Larson. Johnston will replace Chris Heroy, who has served as crew chief for the No. 42 team for the past four seasons. No word on Heroy’s plans going forward.

Johnston brings 12 years of experience in NASCAR, seven as an engineer and five as a crew chief. Previous to his time as Stewart’s crew chief, Johnston served as crew chief for Martin Truex Jr. at Michael Waltrip Racing from 2011-2013.

Johnston is happy to make the move to a new organization.

“I am very excited for the opportunity to be joining Chip Ganassi Racing with Felix Sabates, and the opportunity to work with Kyle Larson,” Johnston said in a press release. “The organization has a great reputation in numerous forms of racing, and I’m looking forward to adding to that reputation in NASCAR. Kyle is certainly a unique talent, and I’m eager to get to work with him and the team as we look to build a foundation of success.”

Larson is looking forward to working with his new crew chief.

“I’m excited to get to work with Chad and to start doing what needs to be done to get the team to victory lane next year,” Larson stated. “As a team, I think we are very close and the addition of Chad should help move our program forward for many years to come. Lastly, I would also like to thank Chris for all he did to help me grow in my first two seasons in the Cup series.”

Johnston is already working at the CGRFS shop to help prepare Larson’s Chevrolets for the 2016 season. Naturally, the goal is to finally get Larson to victory lane in 2016, something that Larson came very close to doing Sunday at Homestead.

Now everyone will see that it was the crew chief and not Tony that resulted in his terrible 2015 season.