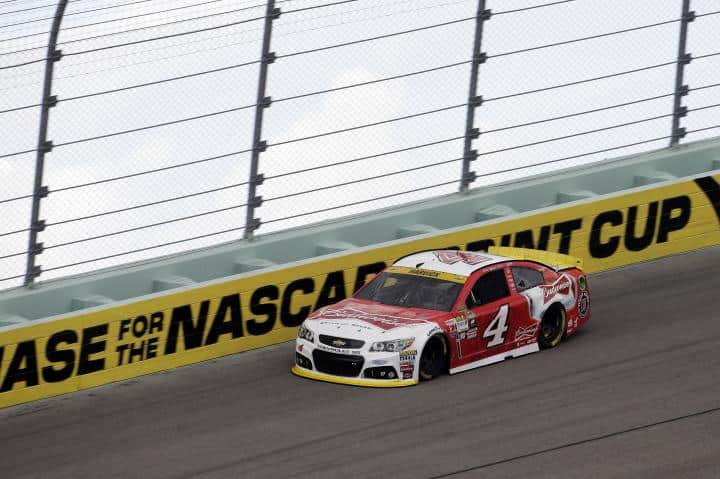 The NASCAR season had its usual ups and downs, and a lot of sideways moments too, but the biggest up came in the last race just as it is designed to do with the championship four going for the title. So, while I like to say that life is all about the journey, for most professional sports, it’s now all about the end game, which can be a bit tricky to get right.

Kyle Busch did figure out the end game at the right time, for once. Busch has had a penchant for winning a lot of races, but then not being able to finish off what at one time looked like a championship season. Busch didn’t come storming into Homestead on a big winning streak, but he had been steady lately and then he was more than that on Sunday in winning his first title. It was in many ways one of Busch’s calmest years on the track in terms of getting along with other drivers. It was by far one of his busiest years away off the track, first having to rehab a broken leg after an Xfinity Series race accident at Daytona, and then the small task of taking on fatherhood for the first time. Maybe it was that combination of knowing that the best things in life don’t always come easily, maybe that’s what made him a champion.

OK, so Jeff Gordon’s final race didn’t go quite like he and millions of others had hoped, but all of the tributes and all of the good wishes were well deserved for the driver of the No. 24. First, give Gordon some credit for getting out while he was still competitive and also give credit to the many in NASCAR who recognized that four-time champions just don’t come around very often. He’s an all-time great in this sport and it’s just a matter of time before he will get a well-deserved Hall of Fame induction.

It’s seem almost appropriate that Kevin Harvick finished second in the championship standings and also second in the race Sunday at Miami. It was a familiar finishing spot for Harvick in the 2015 season. Last year’s champion won three times this year, but he also finished second an astounding 13 times this season. Harvick was almost always a contender, but almost always the team was missing that little extra something that would have put it in victory lane far more often. Harvick had a pretty remarkable year, but just not a championship year in this kind of format.

One of the best pieces of news to be revealed this week is that the No. 21 of the Wood Brothers will be full-time next year. And the one of the reasons that it’s such good news is because this will not be just a sentimental appearance each week for those of us who have enjoyed watching the No. 21 car for decades. This No. 21 will be driven by Ryan Blaney, a real talent who has a chance to compete each week. Blaney finished 17th Sunday at Homestead and it would be a real surprise if he is not a frequent finisher in the top 10 next year.

This isn’t so much about what Kyle Larson did on Sunday as it was kind of what happened to him all year. Larson’s No. 42 car was better on the long runs all day and so with the laps counting down he was making a real run on leader Brad Keselowski. The possibility of the driver with so much promise winning his first Sprint Cup race was quite real. But then a late caution for debris ended any hopes of victory. Many, including myself, assumed Larson would win a Sprint Cup race this season. It shows that you never know how things will work out.

Much like Larson, what happened to Keselowski Sunday was also sort of typical for his season. Keselowski led 196 laps at Darlington and seemed to have the win within reach, when a late caution caused a restart leaving Keselowski out of victory lane. Then at Texas three weeks ago, he led 312 laps and had completely dominated the field, when again, a late caution dashed his winning hopes. Then Sunday, even with Larson gaining late, a win was a real possibility as he led 96 laps before that final caution. Keselowski is full proof that the end game can indeed be pretty tricky.

Next year Tony Stewart will make his farewell tour, and certainly he will get all the accolades he deserves. But for Stewart’s fans, 2015 was a pretty brutal season to endure. He never seriously contended for a win and did not have a top-five finish. Those types of things would have seemed unimaginable even a couple of years ago. Stewart hinted that there would be some changes coming for the 2016 season (he will definitely have a new crew chief) and that shouldn’t be a surprise, because he will have hard time doing worse than he did this season.

You wonder if 2016 will be a make or break year for Roush Fenway Racing. Because this year, their cars ran like they were already broken. It’s hard to believe the Roush cars were once thought of on the same level as the Gibbs, Hendrick and Stewart-Haas teams, but with three cars combining for just four top-five finishes this year, the RFR teams have a long way to go. They will need to at least contend to win some races in 2016 or it’s a team that might be in trouble sooner than anyone wants to admit.