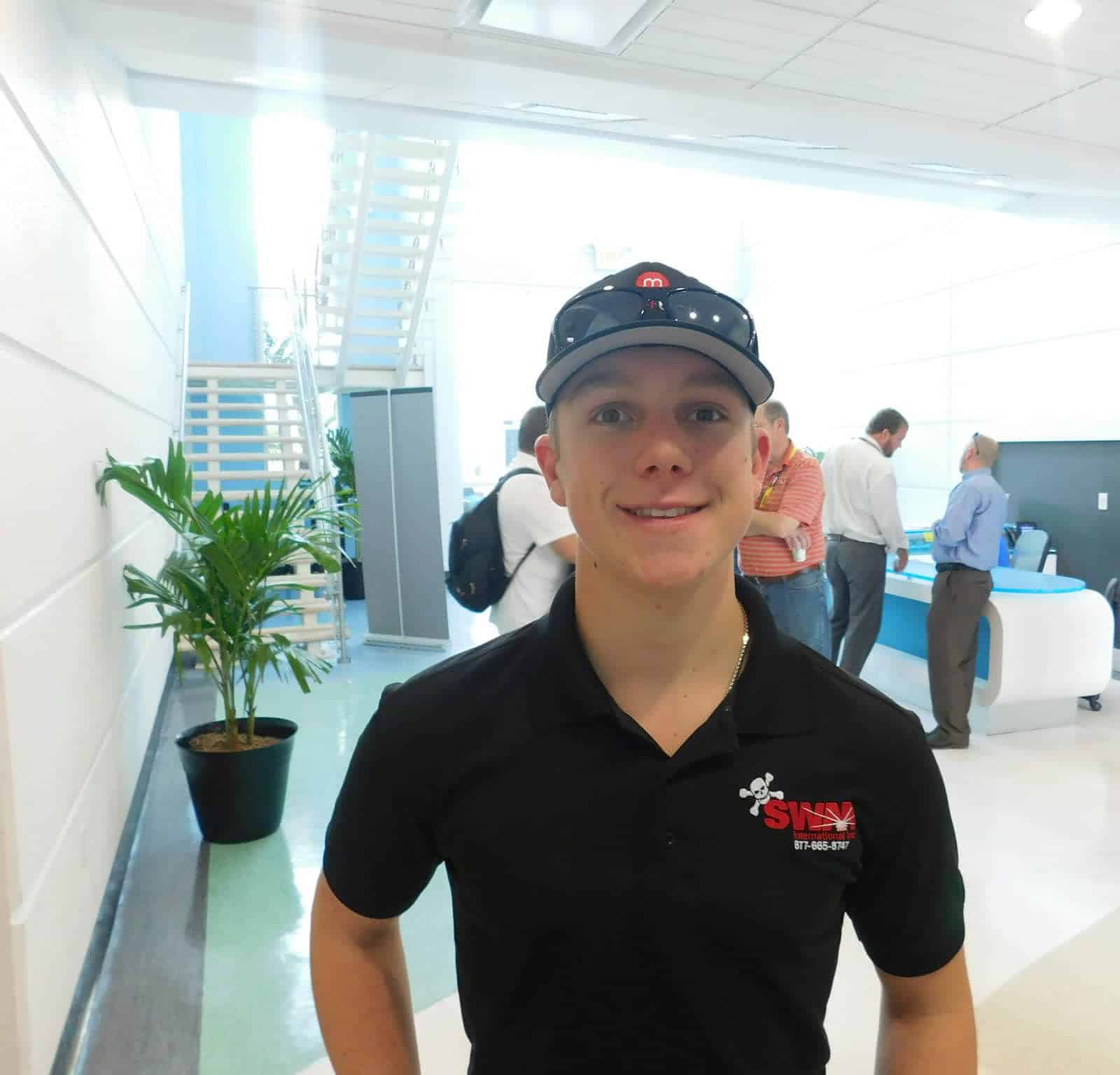 At just 18 years young, John Hunter Nemechek is winning not only races but the attention of NASCAR fans.

Sprouting from the motorsport household Nemechek name, John Hunter was tied into racing from the moment he was born. With father Joe having an Xfinity Series championship and nearly 100 Sprint Cup Series starts at the time and a rising star of an uncle in the Camping World Truck Series, the family’s vision was seeing the name Hunter Nemechek at the top of NASCAR’s time sheets in the future.

It was less than three months before birth when uncle John was killed at Homestead-Miami Speedway. The legend instantly bled to John Hunter who was given his first name and yet another reason to want to win in NASCAR.

Fast forward through victories at some of the most prestigious short-track events in the United States like the Snowball Derby and the All-American 400, John Hunter is now a regular name in the Truck Series alongside his father Joe. Sharing the No. 8 NEMCO Motorsports entry with a 51-year-old dad until reaching age 18 in June brought countless lessons and questions answered that otherwise would’ve been reached the hard way.

2015 alone has given John Hunter his first victory at Chicagoland Speedway and his first taste at both superspeedway and mile-and-a-half racing. With a future as bright as his smile, he broke into Homestead for the season finale to race for victory in his late uncles number at the very track he lost his life.

Though Friday night’s Ford EcoBoost 200 brought no trophy, satisfaction was attained with a third top-two finish in the final four races. Frontstretch sat down with John Hunter Friday at Homestead-Miami Speedway to pick his brain about his favorite short tracks, what keeps him busy off track and what he and his father have planned for 2016.

Zach Catanzareti, Frontstretch: What are your thoughts on tackling a racetrack like this?

John Hunter Nemechek: This racetrack, it’s different than any other mile-and-a-half I’ve been to. It seems like a lot of fun. Both ends are a little bit different so you have to get your truck a little set up and balance between the two. It’s a little bit difficult there. We had a good practice so I really feel like our truck will be good tonight.

Catanzareti: It’s a special weekend having the No. 8 back at Homestead. What does that mean to you and Joe?

Nemechek: It means a lot to our family to carry the No. 8 and to have John Nemechek back on the truck for this weekend. It’s the first time the No. 8 Chevrolet has been back here with a Nemechek driving it since my uncle John got killed. It’s definitely a special moment to be back and hopefully we can get a win for him tonight.

Catanzareti: It’s been a big year for you. You’ve had a couple runner-up finishes as of late. How have your expectations grown the last few weeks this season?

Nemechek: Our expectations – it’s definitely motivated us for next year and even this year. The last few races, it’s been very good. I feel like our season has been strong so far. We’ve had a little bit of bad luck early on but I fee like it started coming to us here in the end. Hopefully we can end on a high note here, take the momentum into next year and keep carrying it throughout.

Catanzareti: You’re about two months removed from your win at Chicagoland, how has that win boosted not only you but your entire team?

Nemechek: It definitely motivated all of us a little bit. Heck, I think we worked harder at the shop after we won that than we have in the past. It definitely was a confidence booster showing that our hard work does actually pay off and that we can win races and run up front. I mean, finishing second a few times here lately – you keep finishing second, you’re going to get more wins.

Catanzareti: You have a big short-track background. If you could pick out one track that really suited you and you loved the most what would that be?

Nemechek: It would have to rather be Nashville Fairgrounds or Pensacola Five Flags Speedway. Those two are a lot of fun and growing up, you had to learn how to manage the throttle very well to be there at the end of the race and save your stuff. That’s where I excel so those two tracks are very difficult to get through.

Catanzareti: On the Truck Series schedule there are so much variation, you have plate tracks, dirt. How has that variation of track been suiting you?

It’s more of just a learning experience. The more time you get behind the wheel, the better off you’re going to be. So getting to run all these different places, it only gives you knowledge.

Catanzareti: You’ve had a very unique experience with your dad sharing a ride with him. Not only him having his past experience but knowing the truck as good as you. How has that helped you out these past two years?

Nemechek: It’s definitely helped me a little bit at, say, trying to get our trucks better for the mile-and-a-half stuff. But to have him around, I can ask him any questions I may need to ask him. It’s for me to have a mentor that I can go and hell shoot me straight what ever I may ask him. It’s awesome to be able to have that and have him as a father figure as well.

Catanzareti: How has racing against the big teams in a low-sponsored truck kind of shaped you in that way?

Nemechek: I think it makes you respect your stuff more. Having to work in the shop every day and kind of work as hard as we can to get them fast. I think it makes us respect and makes the victory even more. We’re trying to find the big sponsorships so we can get our trucks a little bit better.

I feel like our shop and our resources, we utilize them to the max, which is good. Just need a little more funding to hire a couple more people.

Catanzareti: Since your 18 now, does your dad have any racing plans or is he done racing?

Nemechek: I can tell you he is not done racing. He wants to come back and run some more. He enjoys running in the Truck Series and even going back to some of the short track stuff. He definitely isn’t wanting to retire yet.

Catanzareti: Is he eyeing any races?

Nemechek: It depends on funding. Every week that we go to the race track, he’s always joking about wanting to unload the backup truck. But it’s all about funding.

Catanzareti: Speaking of funding, do you have anything set in stone for 2016?

Nemechek: We don’t have anything set in stone right now and still working on the sponsorship side of things. We kind of know what we would like to do funding-permitted, but nothing set in stone.

Catanzareti: Would you like to make an NXS start next year? We’ve seen a lot of young drivers get in that series.

Catanzareti: A lot of people have been calling you one of the biggest rising stars in NASCAR. How have you taken that status this year?

Nemechek: It’s been good seeing all the youth movement come up through the ranks. Us young guys are coming up and winning races and showing what we have for talent. Knocking some o these old guys – well, not the old guys but the veterans of the sport. It’s good to have both varieties being able to go and ask them questions as well.

Catanzareti: A lot of people forget you’re only 18. What do you do outside the track for fun?

Nemechek: We do a lot of wakeboarding, wake surfing and mountain biking, cycling. Working out, snowboarding, fishing – pretty much anything outdoors.

Nemechek: Yep! Other than working in the shop. When we get time, that’s what we love to do.