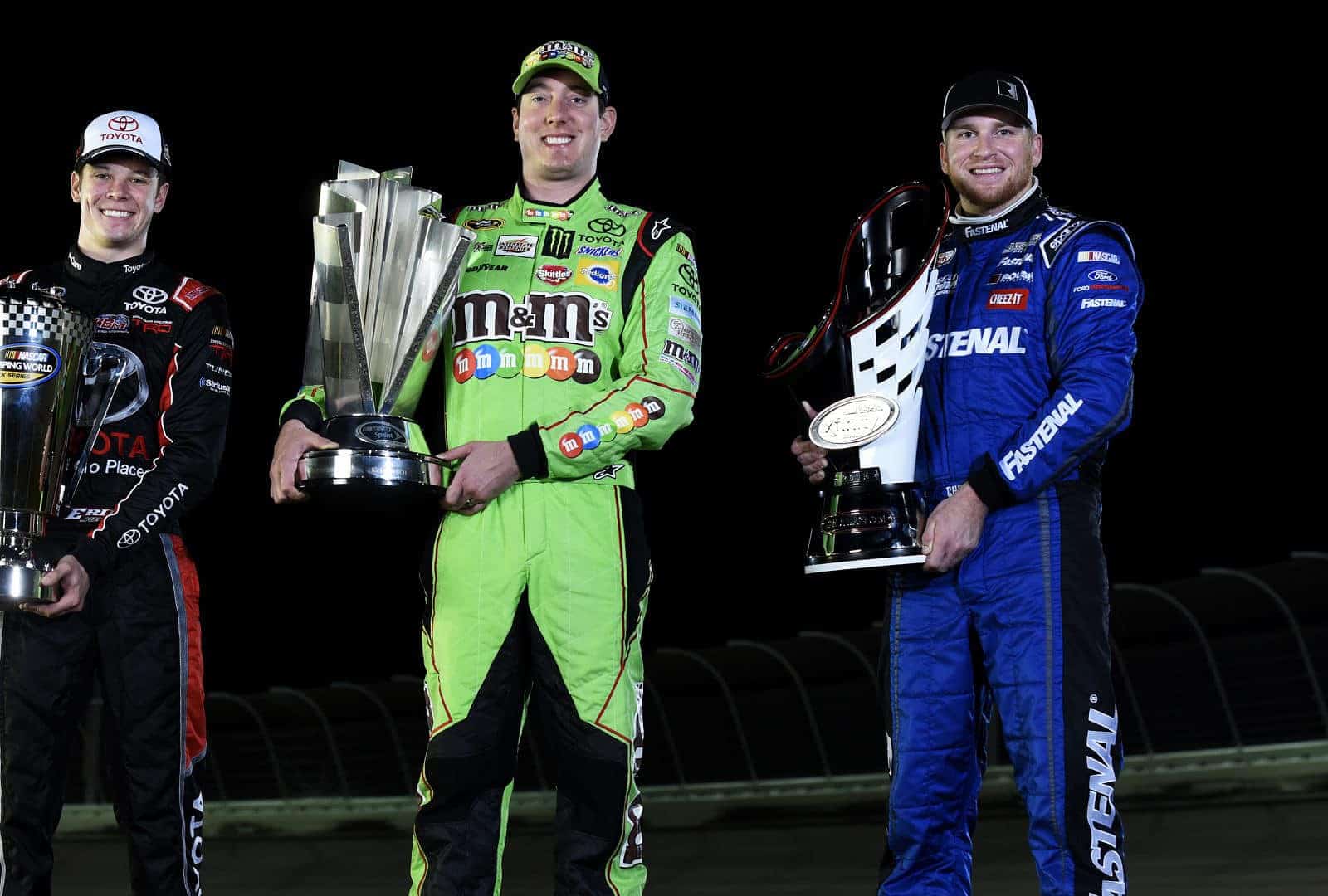 And that’s a wrap for the 2015 season. Kyle Busch made potentially the most amazing comeback in NASCAR history. After missing the first 11 races, Busch grabbed four consecutive checkered flags and earned enough points to make himself Chase eligible. Once he secured his spot, Busch kept his nose clean and was able to advance to the final four, without a win, where he went on to dominate at Homestead winning the race and claiming his first Sprint Cup championship. Oh yeah, he also won the Camping World Truck Series championship with driver Erik Jones.

The favorite, Kevin Harvick, came up one position short, finishing second in the race and second in points. It was an emotional day as Jeff Gordon made his final start as a full-time NASCAR Sprint Cup Series driver. He was unable to take his fifth championship but finished third overall in the driver points standings. The other sentimental favorite, Martin Truex Jr., couldn’t find the right setup throughout the race, finishing 12th in the race and fourth overall in driver points (his career-best points finish).

Let the countdown to winter testing and the Daytona 500 begin. But before we turn our focus to football, see where you favorite driver ranked in the final Power Rankings of the year.

As if the chase results aren’t bad enough, we get these touchy/feely results to ponder. This is an offensive slap in the face to me, to truth and to humankind. Pornography at best (I know it when I see it) that should be retracted immediately. At the very least, the name Power Rankings should be changed to Power Wankings.