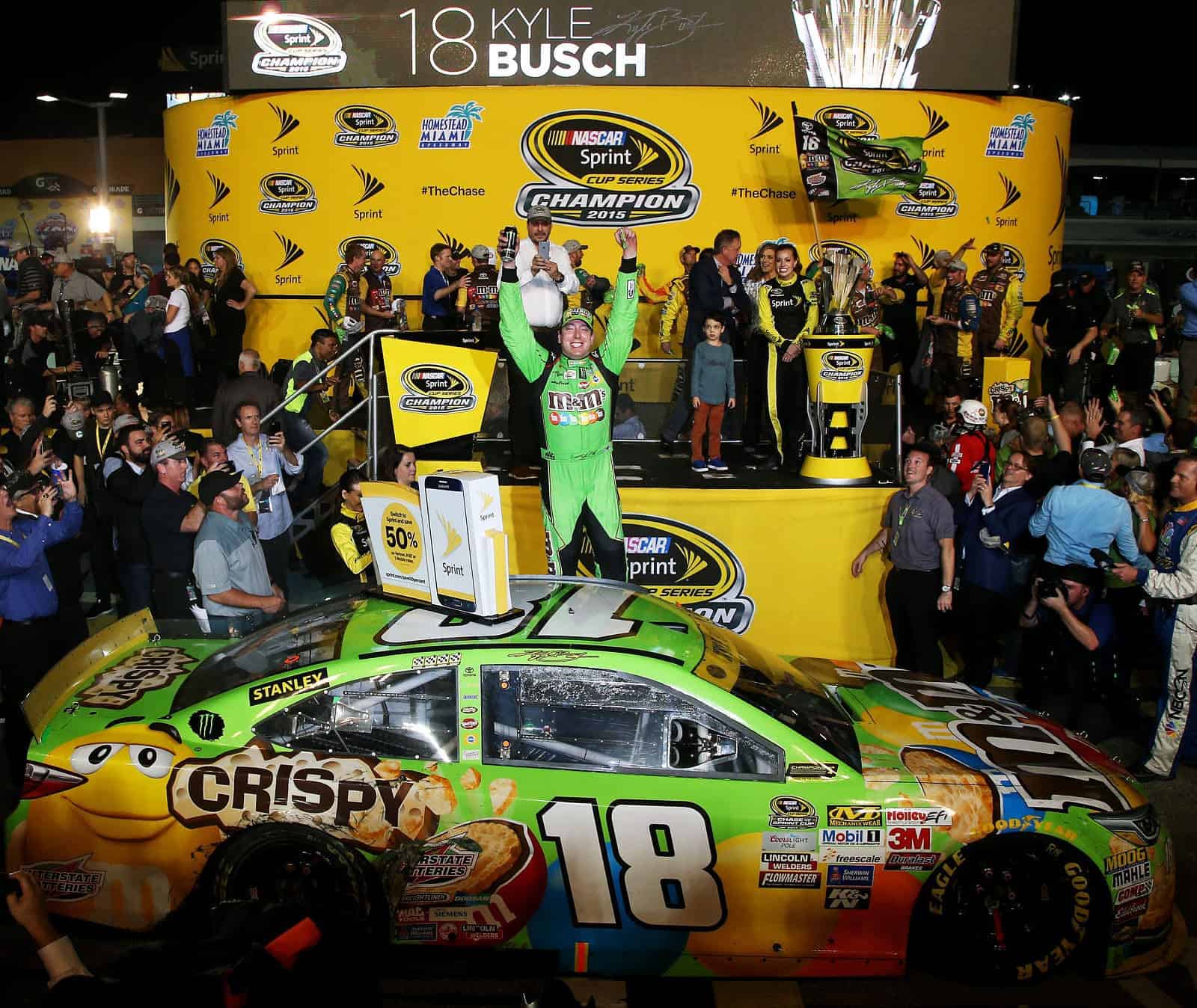 Kyle Busch, just days after winning the Sprint Cup championship by triumphing in the winner-take-all finale at Homestead, announced that he would undergo another set of surgeries to help heal injuries to his left foot and right leg sustained in an Xfinity Series crash at Daytona in February.

The crash caused Busch to miss 11 races early in the season. When he came back, he rode a wave of wins and consistency into the top 30 in points, and, once in the Chase, to the top of the board.

He finished the season with five wins, 12 top fives and 16 top-10 finishes.

Both surgeries will take place in mid-December, hopefully on the same day. “I have yet to have heard that that is confirmed,” he said. “I’m waiting for them to tell me whether or not that’s what we’re doing.”

He will then undergo a period of rehab, which Busch said will take about four weeks. “Just having to re-go through the knee and to cut the knee open again in order to pull the rod out; that’s going to be the most traumatic part,” he explained. “Just having that have to heal and go back together and let the muscle get back together, and, of course, the tendon, as well, too.”

“When I get the foot surgery done, I haven’t heard exactly how long I’m supposed to be off of that, but the doctor made it seem as if once the plates and screws come out, I’ll be able to walk on it right away,” said Busch. “It’ll be to rehab to make sure that all the joints that have been immobilized for the last nine months, we get them kind of woken back up in a smooth fashion and break it in, let’s say.”

Busch isn’t the only Joe Gibbs Racing driver to require offseason surgery. Denny Hamlin will go under the knife on Nov. 30 to repair a torn ACL sustained the week before the Chase began.