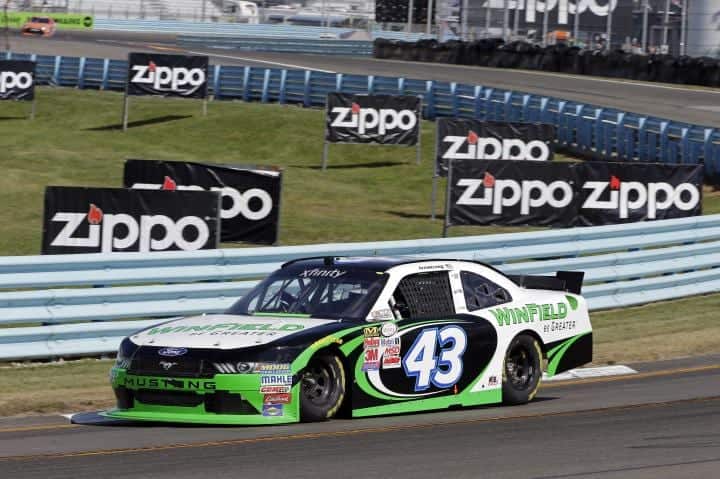 There’s one less driver in the running for the No. 9 Sprint Cup ride: Dakoda Armstrong and Richard Petty Motorsports have officially parted ways.

The Indiana native ran two full seasons for the King in the Xfinity Series, earning one pole and four top 10s. His best finish in those two seasons was a sixth at Daytona this past July. He finished 13th in points this season.

Those stats weren’t enough to keep him in the car for a third season, it appears. RPM announced the split on Tuesday evening, a day following the season-ending NXS Awards Ceremony in south Florida.

The move leaves the No. 43 Ford Mustang searching for a driver for 2016. Potential high-profile replacements for Armstrong include Regan Smith, Brett Moffitt and David Ragan. RPM also has a developmental driver, Ryan Truex, looking for a full-time ride in the series.

Armstrong doesn’t have a ride locked up, according to Motorsport.com. Richard Childress Racing was named as a potential suitor for the 24-year-old driver.