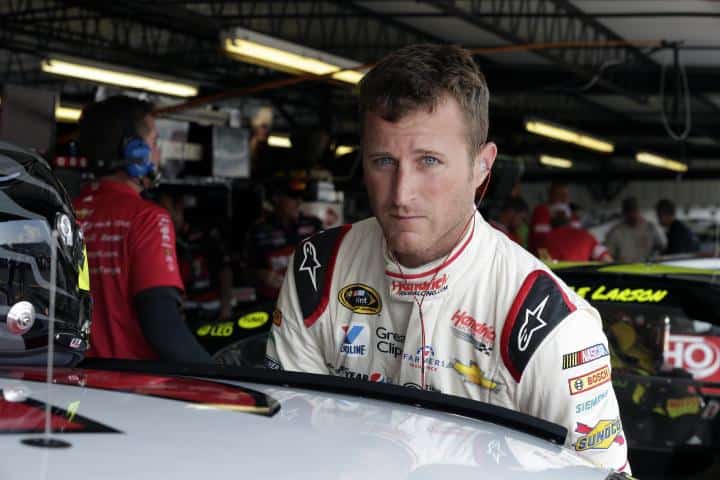 Kasey Kahne and Hendrick Motorsports will have a new partner as they head into the 2016 NASCAR Sprint Cup Series season. The team announced that Quicken Loans will sponsor Kahne in three races throughout the season and serve as an associate sponsor for the other 33 points-paying events.

The Detroit-based company is no stranger to NASCAR. It joins HMS after serving as a primary and associate sponsor with Ryan Newman at Richard Childress Racing. The second-largest retail mortgage lender also spent time with Newman at Stewart-Haas Racing.

“We are excited to be joining forces with the talented team at Hendrick Motorsports,” said Jay Farner, President and Chief Marketing Officer of Quicken Loans. “The organization has an undeniable record of winning and performance on the racetrack, and represents some of the preeminent brands in the country, who we look forward to working alongside.”

Hendrick Autogroup will join Quicken Loans in a joint sponsorship in one of the three races. The company is currently one of the largest privately owned dealerships in the nation and is owned by NASCAR team owner Rick Hendrick.

“It’s evident from meeting the Quicken Loans team that both of our organizations share a passion for competition,” said Rick Hendrick, Hendrick Motorsports owner and Hendrick Automotive Group chairman. “Quicken Loans has a reputation for exceptional client service, something we take to heart across all of our own businesses. We look forward to working together to achieve great things in 2016.”

Kahne finished the 2015 season with three top-five and 10 top-10 finishes in the No. 5 Chevrolet. The Washington native has 17 career wins in the Sprint Cup series since making his debut in 2004.

“Exceptional client service” from the company that brought you the interest only mortgage.

No one has had less success at HMS than “quitter Kahn.”

Good grief, why in the hell?

Shouldn’t Newman be worried? The woes at RCR continue. Doesn’t Quicken remember they were .0384 seconds away from being the best team last year?

Sponsors want to be with winners. While the #25 is definitely not the strongest of the HMS teams its better than RCR. RCR continues to fade compared to HMS and its primary satellites. Quite a interesting story as the established teams like RCR and RFR fade while the relative upstarts like HMS and JGR dominate.

Is Penske considered a satellite of RFR or just an engine supply? That situation really has to piss off Roush. Penske finally has it going on in stock cars. If I were Menard I think I would pay to play with Brad and Joey.

Tricky Dicky Hendrick does it again. Still pulling rabbits (and drivers) out of a hat after all these years.