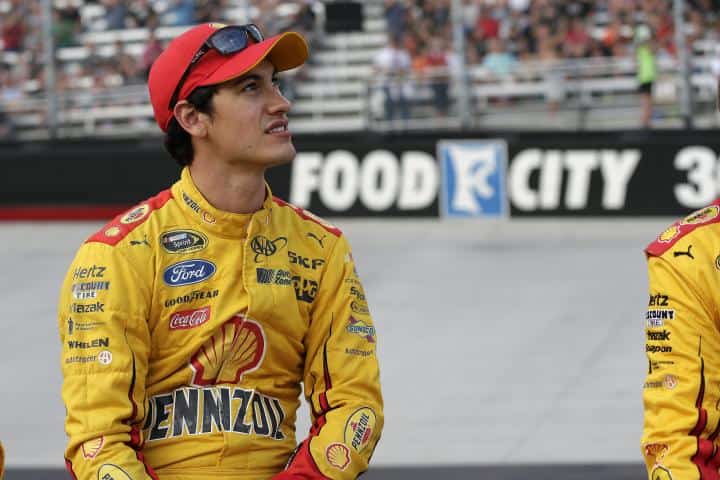 Who knew Joey had two brothers hanging out in Houston as everyone knows @joeylogano is in Vegas today @WarrenVigus pic.twitter.com/XvBdq8ZJXB

Joey Logano received an interesting tweet from one of his fans on Tuesday: a fan discovered who discovered two life-sized Logano cardboard cutouts!

.@KyleBusch Been in Vegas one hour and already down $500. Don't suppose you're carrying around anything shiny that I can pawn. #nascar

As the NASCAR tour headed to Las Vegas for this weekend’s awards banquet that meant a lot of NASCAR personalities hit the slot machines.  Let’s hope Kyle Busch did not loan @NASCARcasm the championship trophy!

Me "I miss you when you were a little baby Keelan." KPH "Well, just go get another one. Maybe you can get one when you're in Vegas!" ?

DeLana and Keelan Harvick had an interesting interaction Tuesday. Will there be a second child around the corner?

NBA basketball star Kobe Bryant announced his retirement Nov. 30 at age 37. Bryant joins other athletes such as Tony Stewart to announce they would retire at the conclusion of the 2016 sports season. NASCARWonka had some fun with a photo program to update the Homestead-Miami Speedway sign to read “Thanks Kobe!” It’s interesting that he and recently retired Sprint Cup Series driver Jeff Gordon shared the No. 24.

First weekend off and didn't know what to do with ourselves. So we went to the Christmas parade. Fun to do normal things! #funnelcake

Clint Bowyer found himself in a predicament before Las Vegas with nothing to do. So what did he find? A local Christmas parade to enjoy with the family, of course!

That's was fun, I earned my bird. Happy Thanksgiving everyone. pic.twitter.com/GsQ8qhhDX8

Jimmie Johnson spent his Thanksgiving Day a little different than the rest of us. The six-time Sprint Cup Series champion competed in a 5K race while the rest of us stuffed ourselves with delicious food. We hope everyone, including the Johnson residence, had a wonderful time during Thanksgiving!

As a kid we raced skate boards around an oval track. I wrapped my RR in duck tape. As it wore off it added grip. @NASCAR would not approve.