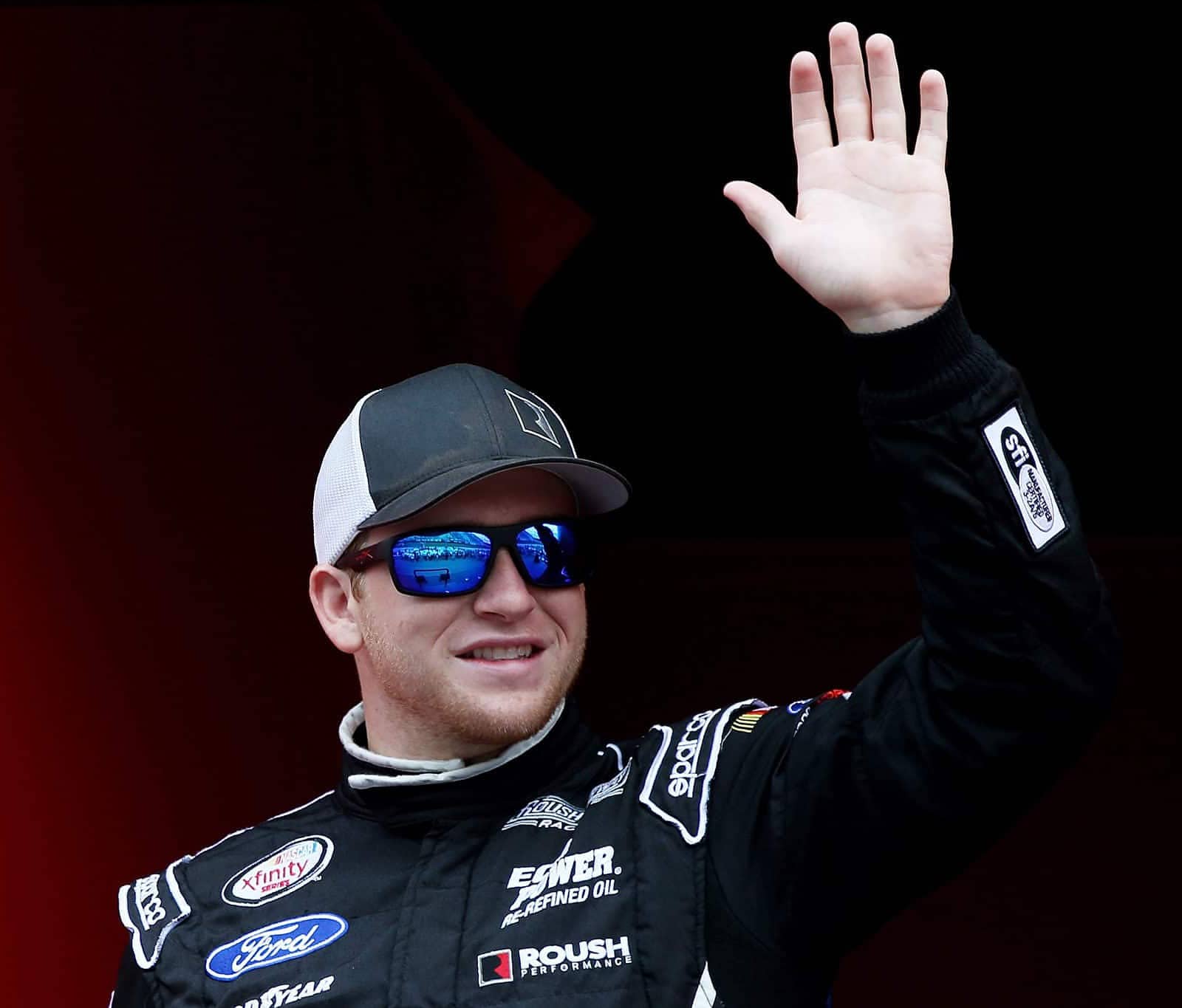 Defending NASCAR Xfinity Series champion Chris Buescher is moving up to the Sprint Cup Series in 2016, but not with the team you might have expected.

Buescher, who won the NXS title for Roush Fenway Racing in 2015 in the team’s No. 60, will drive Front Row Motorsports’ No. 34 Ford full time in the Sprint Cup Series for the 2016 season, the organization announced Thursday (Dec. 10).

But don’t think that means Buescher and Roush have parted ways. RFR will provide team support, including pit, equipment and engineering help, to FRM as part of the deal.

“We are thrilled to announce this alliance,” Roush Fenway President Steve Newmark said in a press statement.  “Not only will it foster increased communication within the Ford camp, it will allow our newest champion Chris Buescher to continue to hone his skills with substantial seat time behind the wheel in the Sprint Cup Series in top-grade equipment.”

Added Bob Jenkins, owner of FRM: “We’ve grown a lot and accomplished a lot as an organization in our six years of full-time Sprint Cup racing, and I’m proud of our progress. We’re ready for the next step, and this partnership with Roush Fenway Racing is going to take us there. Chris Buescher is a champion, and he’s a driver that we’ve worked with already and have great respect for, so he’s the perfect guy to bring into our lineup.”

Buescher is no stranger to FRM. The 23-year-old ran six races for the team’s No. 34 in 2015 after regular driver David Ragan moved on to sub for Kyle Busch at Joe Gibbs Racing and then for Brian Vickers at Michael Waltrip Racing. Buescher averaged a finish of 26.7, with a personal best of 20th in his Sprint Cup debut at Auto Club Speedway.

FRM’s plans beyond Buescher and the No. 34 have not yet been announced, though the release indicated the organization may only field two entries in 2016. In 2015, it was three entries deep, with a variety of drivers in the No. 34 supplementing full-time efforts by David Gilliland‘s No. 38 and Cole Whitt‘s No. 35. It is unclear which team – and drivers, if any – will return.

If front Row is down a car and MWR is gone, the rumored number of 40 cars should just about be here.