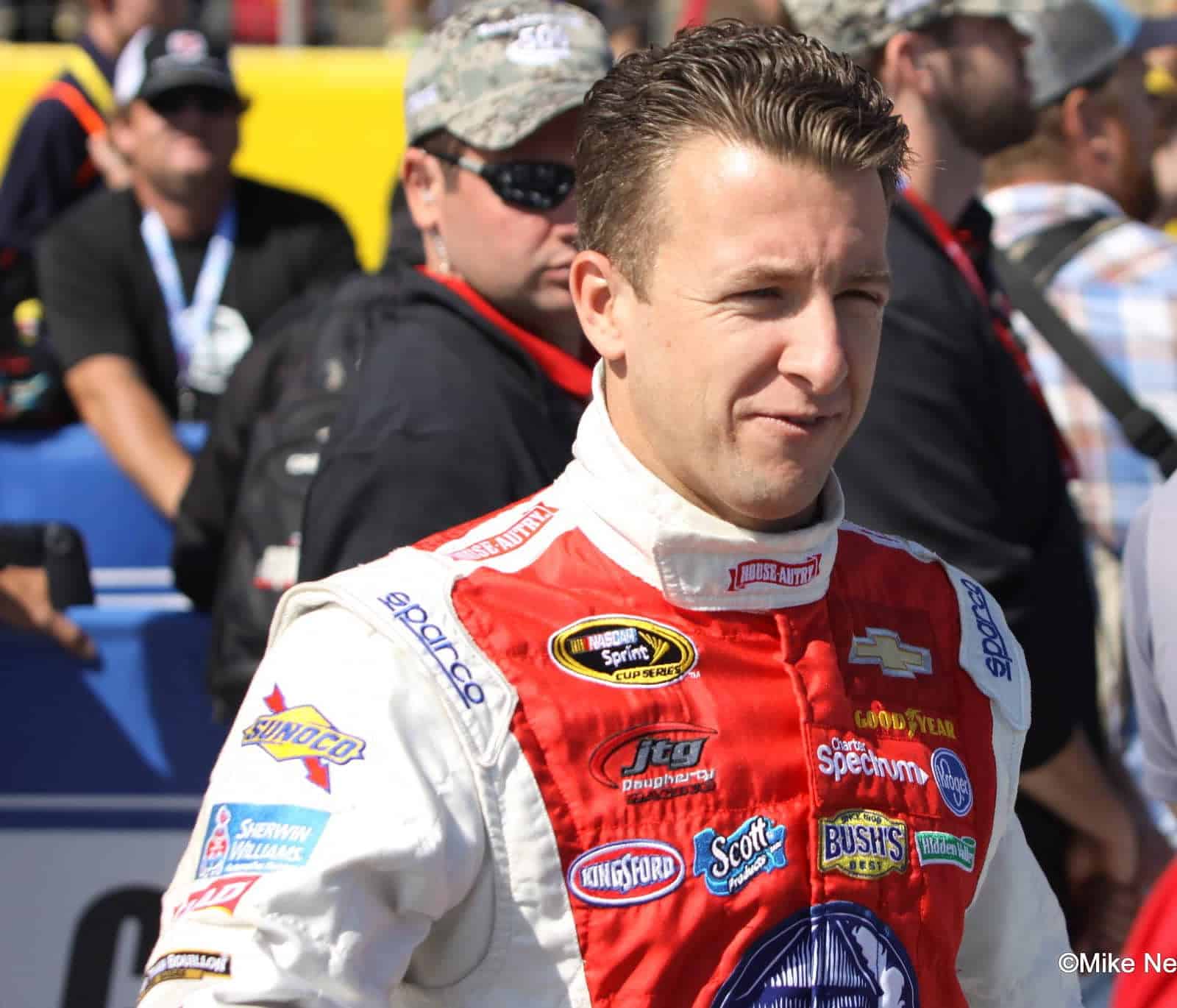 2014 was a magical year for AJ Allmendinger and JTG Daugherty Racing. The pair scored their first NASCAR Sprint Cup Series victory at Watkins Glen, and, by virtue of the remodeled Chase for the Sprint Cup format, made their first appearance in NASCAR’s postseason as a result.

Unfortunately for the single-car team, lightning didn’t strike a second time in 2015.

Allmendinger, a native of Los Gatos, Calif., started the season out with a bang, rattling off top 10s at both Atlanta Motor Speedway and Las Vegas Motor Speedway after finishing 20th in the season-opening Daytona 500. Hopes reached an all-time high after the former Team Penske driver brought home a top-20 at Phoenix International Raceway to help the No. 47 JTG Chevrolet climb to fifth in points.

Unfortunately, that would be the high point of the season for the No. 47 team. Any momentum gained in the opening weeks dissipated rapidly as Allmendinger struggled to three finishes of 34th or worse in four races at Auto Club Speedway, Martinsville Speedway and Bristol Motor Speedway, dropping the Californian to 25th in series points.

Allmendinger and JTG appeared to right the ship after their early issues, rallying to three-straight top-20 finishes to rise back to 19th in points, but fizzled out over the summer, failing to rejoin the top 20 in the following nine events.

With all hopes of making the Chase on points dashed, Allmendinger’s playoff dreams ultimately came down to the veteran’s ability to win on one of the NSCS’s two road courses. Unfortunately, mechanical issues would keep the Californian from having a chance to succeed at either circuit.

The bad luck started in June at Sonoma Raceway, where Allmendinger claimed the Coors Light Pole Award only to end the weekend in 37th after debris penetrated his fuel filter.

Allmendinger would rally to another pole at Watkins Glen to fuel hope of a repeat of his surprise 2014 triumph, but after leading the opening 20 laps, electrical issues ultimately ruined his Chase dreams.

JTG’s morale – and performance – dipped after the Watkins Glen loss. The team finished no better than 23rd in the seven races following the heartbreaker.

Allmendinger’s struggles in the late months of the summer stretched much further than losing at Watkins Glen. While other drivers were focusing on making the Chase, the former open-wheel driver was mourning the loss of one of his closest friends.

Justin Wilson, a competitor in the Verizon IndyCar Series and former teammate of Allmendinger’s with RuSport Racing, tragically died of injuries suffered in an IndyCar accident at Pocono Raceway.

“Life isn’t fair. We lost one of the great ones today.” Allmendinger said on Twitter after hearing the news.

Unable to attend Wilson’s memorial service at Indianapolis Motor Speedway, Allmendinger instead recorded a brief video, where he joked about the duo’s height difference (Allmendinger stands at only 5-feet, 6-inches, a full 10 inches shorter than Wilson’s 6-foot-4 build) while expressing condolences to the Briton’s family.

While 2015 was a year to forget for both Allmendinger and JTG Daugherty, the group ended the season on a strong note, scoring four top-20 finishes in the final seven races, with a best run of 11th at Martinsville. The team will look to use the momentum from the season’s end to propel them into 2016.

2015 wasn’t the year that the driver or team wanted for JTG Daugherty, but the team showed flashes of greatness in-between slumps. Finding consistent success will be key to making the Chase and reaching Victory Lane in 2016.