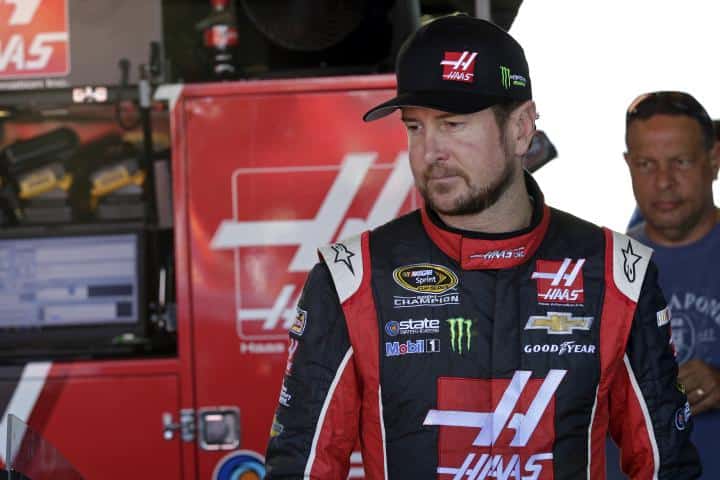 For a brief moment at the beginning of 2015, it appeared that the Chase for the Sprint Cup would not include the Busch family name among its ranks.

Leading up to the Daytona 500, Kurt Busch, embroiled in controversy and legal woes over allegations of domestic violence by ex-wife Patricia Driscoll, was suspended by NASCAR just two days before the Sprint Cup Series season kicked off, leaving Busch on the sidelines and in danger of missing the Chase lest he receive a waiver from the sanctioning body allowing him entrance should be fulfill the usual obligations of a win and top-30 points placement or via a wild card.

Kyle Busch was absent once the Daytona green flag fell too, sidelined by a broken leg suffered during the Xfinity Series event at the track the day before. Another Busch, another roadblock to tasting a Cup title.

Of course, you know how the story went for the latter Busch, who received his waiver after returning in May at the Coca-Cola 600, having missed the first 11 races of the season: the sweetness of championship gold.

But months earlier, a similar NASCAR decision had threatened to reverse the narrative some presented: that the Chase would be Busch-less. After a three-race suspension (and the subsequent announcement from the Delaware attorney general’s office that Busch would not be charged for the alleged assault), Kurt Busch returned to Stewart-Haas Racing with a vengeance, eyes set on the prize – he just needed that win to get him in.

Perhaps, then, call Busch’s season somewhat of a success before the series left March. Just a month removed from watching Regan Smith pilot his No. 41 around Daytona Beach, Atlanta and Las Vegas’s speedways, the 2004 series champion had a pole and two top-five finishes. Another month later, he had a win, coming at Richmond International Raceway, and his ticket punched to the NASCAR playoffs.

Though he came up short by season’s end, it’s hard to look upon Busch’s 2015 on the racetrack with anything but high regard. Despite his personal issues away from the speedway, the Las Vegas native, now in the latter end of his 30s, continued his slow and steady transformation into one of the sport’s more sagely veterans, a few years removed from the outbursts that both defined him and left him without a championship caliber ride in NASCAR come 2012. He underwhelmed in 2014, his first full-time season with SHR, with a Chase spot and single win but little else to show for it. It was certainly a far cry from Kevin Harvick‘s debut season for the team, that’s for sure. But Busch entered 2015 with little reason to believe he couldn’t improve his standing. When he returned in March, it was down to business immediately, and it seemed as though there was little room for distraction — not car owner Tony Stewart, who struggled in what became his penultimate season as a driver, and not Harvick, yet again a pillar of consistency and an early and constant championship favorite, could dilute the focus on not only returning to the Chase but also besting his previous result, something that seemed potentially unlikely just a month prior.

To some extent, it was Busch’s best season in years even with the missed three races. Along with his two wins, his best tally in four years, he landed among the esteemed company of the only drivers to break 20 top 20s in 2015, a marker he hadn’t reached since 2009 (21 total, matching a career-best — again, with three less races to do it). He managed an average finish of 11.1, the best of his decade-and-a-half-long career and a far cry from his 2012 rebuilding year over at Phoenix Racing.

Even once the Chase began, he proved his inclusion was no fluke, the No. 41 team no also-ran that squeaked into the 10-race final stretch with little to no merits and a surefire bet to bow out of the running after the first three races. Amid a string of top-10 starting positions in the first five races, he was a chronic presence near the front of the field, even with the missteps at New Hampshire and Dover. It wasn’t even until his dismal, disappointing Martinsville showing of 34th that he seemed out of the running based on points position alone, and even then you couldn’t say he didn’t try, rattling off a pair of sevenths before his elimination.

The day Kurt Busch was officially counted out as the 2015 NASCAR Sprint Cup Series champion took place in the same city where his journey arguably began. When the 35-year-old rolled into Phoenix at the beginning of the season, there was talk, and lots of it: Should he be allowed to compete at all, let alone for a title? Would the aftereffects of the allegations against him affect his driving? Could be score the all-important win he seemingly needed to have any chance at a Chase berth? A modest fifth-place finish that day didn’t exactly silence the naysayers, but it at least showed that Busch and his Tony Gibson-led team hadn’t missed a beat with him gone.

Many months later, a seventh-place result in his pocket, Busch seemed far from his rowdier days of yore, even with a pass-through penalty potentially ruining his chances. “I broke a rule, and NASCAR made the correct call,” he wrote on Twitter. “If this is something that continues to be consistently called, then I’m at peace with it.”

I broke a rule, and NASCAR made the correct call. If this is something that continues to be consistently called, then I'm at peace with it.

At peace. Maybe not the Kurt Busch we were always used to, but perhaps the only one that could have done what he did in 2015.

Actually Driscoll is Kurt Busch’s ex-girlfriend, not his ex-wife. Of course, these days that’s just semantics.