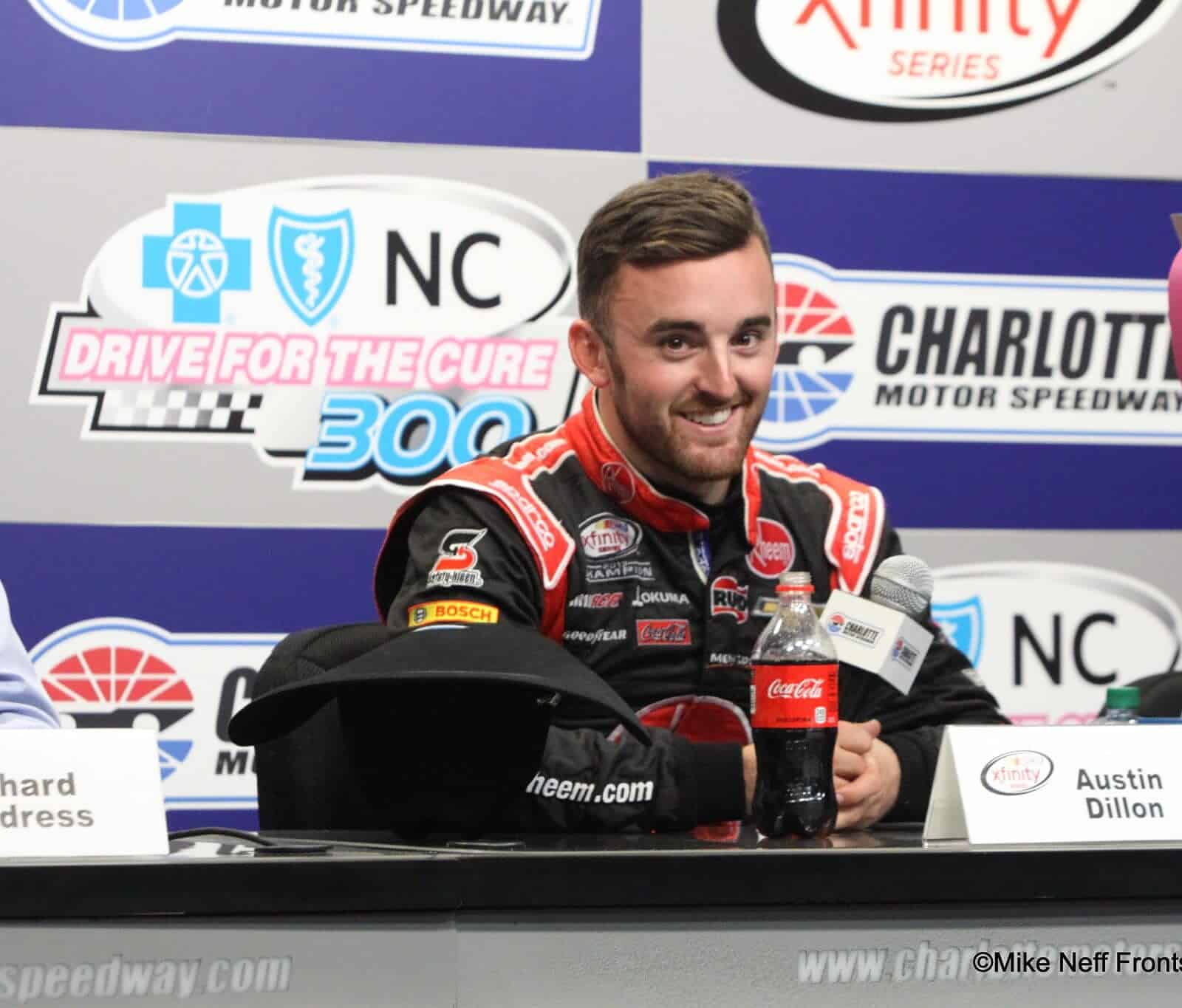 The second season in Sprint Cup for a driver is often a crossroads season. Many drivers find another gear and get going. For example, Jeff Gordon won his first two races in his second year and claimed his first top-10 finish in points (to be fair, had he not wrecked in three of the last five races of 1993, he could have done that as a rookie as well). Other drivers have the dreaded “Sophomore Slump,” where they take a step back.

Austin Dillon’s 2015 season was effectively right in the middle. He equaled his top-five total (one) from his rookie year with a fourth-place finish at Michigan, and had one more top-10 finish. However, he failed to finish three races and ended up finishing one position further back in the standings as compared to his rookie year.

Ultimately, 2015 might have ended up being a slump year had Richard Childress Racing (RCR) not made a change on top of the pit box. In June, a reorganization saw Gil Martin leave his post as crew chief for a leadership position in RCR’s R&D Department. Slugger Labbe, who had been working back at the shop since leaving Paul Menard’s No. 27 team, was named as Martin’s replacement.

At the time of the move, Dillon was 23rd in points. A few solid runs followed. A decent finish at Sonoma was followed by a top 10 at Daytona (more on that race below). Dillon was able to rise as high as 19th in the standings before settling in at 21st.

Despite the improved form, Dillon was still quite invisible at times. Michigan in August was the exception to the rule as Dillon took advantage of his qualifying effort (fourth) to lead 19 laps and finish a career-best fourth. The high-downforce rules package in play may have played a role here, but Dillon could use all the luck he could get.

Most of Dillon’s time in the Sprint Cup Series has been spent plodding quietly in the midfield. It could be argued that he dealt with the same issues that RCR teammates Menard and Ryan Newman did, but the equipment is clearly good enough to contend for wins. Martin Truex Jr. proved that with Furniture Row Racing.

There are rays of hope for Dillon’s future in Sprint Cup. After spending 2014 focusing on Cup, Dillon ran 20 races in the Xfinity Series this past season in order to get himself some more seat time. The idea there was that with the tapered spacers being introduced in Sprint Cup, the NXS cars would have a little bit more in common. In the No. 33 Chevrolet, Dillon was quite the revelation, providing the primary competition to Joe Gibbs Racing’s No. 54 and Team Penske’s No. 22 multiple times.

Ultimately, Dillon managed to reach victory four times in the NXS, tripling his previous win count despite his championship in 2013. For a young racer (25), Dillon still needs all the seat time that he can get.

In addition to his exploits in the NXS, Dillon ventured outside of the RCR cocoon to race in the Camping World Truck Series for GMS Racing. There, Dillon drove the team’s No. 33 along with brother Ty and Brandon Jones. Dillon only made four starts for the team, but he was competitive in all of the races, culminating in Dillon bringing GMS Racing’s first-ever victory in NASCAR at New Hampshire Motor Speedway in September.

Naturally, there were two standout moments in Dillon’s season. The most notable was the crash into the catchfence at the finish of the Coke Zero 400 at Daytona in July. Yes, Dillon managed to get out of Daytona with a seventh-place finish, tied with the fall Charlotte race for his second best finish of the year. However, he clearly paid the price.

I was in Daytona for that race and to be honest, that was the scariest crash that I’ve seen in quite a while. Afterwards, plenty of print was given to restrictor-plate racing, the big packs, how the catchfence held up, and so on. My first takeaway from the crash (other than its ferocity) was about how the crew members ran out to Dillon’s car to check on his condition. Rarely in NASCAR is the safety of a driver truly brought into question these days. When Dillon got out of the car and gave his little Lane Frost tribute wave, thousands of people were relieved.

At first, Dillon was going to come into the Media Center in Daytona to talk about the incident and his night at large. A combination of the crash and the fact that it would have been after 3 a.m. resulted in that press conference being pushed to Tuesday. The fact that he would have been willing to talk to the worn out traveling media after that wreck is worth saying something.

Then, we have Charlotte. In the NXS, Dillon was nearly untouchable at the 1.5-mile quad-oval, winning both races from the pole. Prior to the fall race, Dillon got a little bit of a “How’s your father,” courtesy of the pyrotechnics teams.

A falling firework took him by surprise prior to the start of the race. Once he realized what was happening, he pushed his girlfriend Whitney out of the way, but not before the sparks marked his fire suit. No biggie. Once in the safety of his Chevrolet Camaro, Dillon led 61 laps and claimed his second straight Charlotte win.

For 2016, Dillon and the No. 3 team will return nearly unchanged from the end of 2015. Labbe will be back on top of the pit box and all of the major sponsors will be back. The only question mark appears to be WeatherTech, which is expanding their footprint in sports car racing by taking over the entitlement sponsorship of the former TUDOR United SportsCar Championship.

However, despite his great form, Dillon really hasn’t shown all that much in Sprint Cup so far. Just because his grandpappy owns the race team doesn’t mean that he’s guaranteed a drive for life. Brennan Newberry found that out the hard way. 2016 should be the year that Dillon really needs to come out to play. He needs to show that he’s really good enough to be there. By the standards of most, he’s underperformed in Cup.

A good season for Dillon in 2016 would see him claim at least two top-five finishes and put some fear into those challenging for Chase spots on a regular basis. Steady improvement is what is necessary. Labbe has shown that he can lead teams to better positions in points than 21st. Of course, winning would be nice. If he can get to victory lane, great. It’s not imperative, but with steady improvement, we could see Dillon there sooner than later.