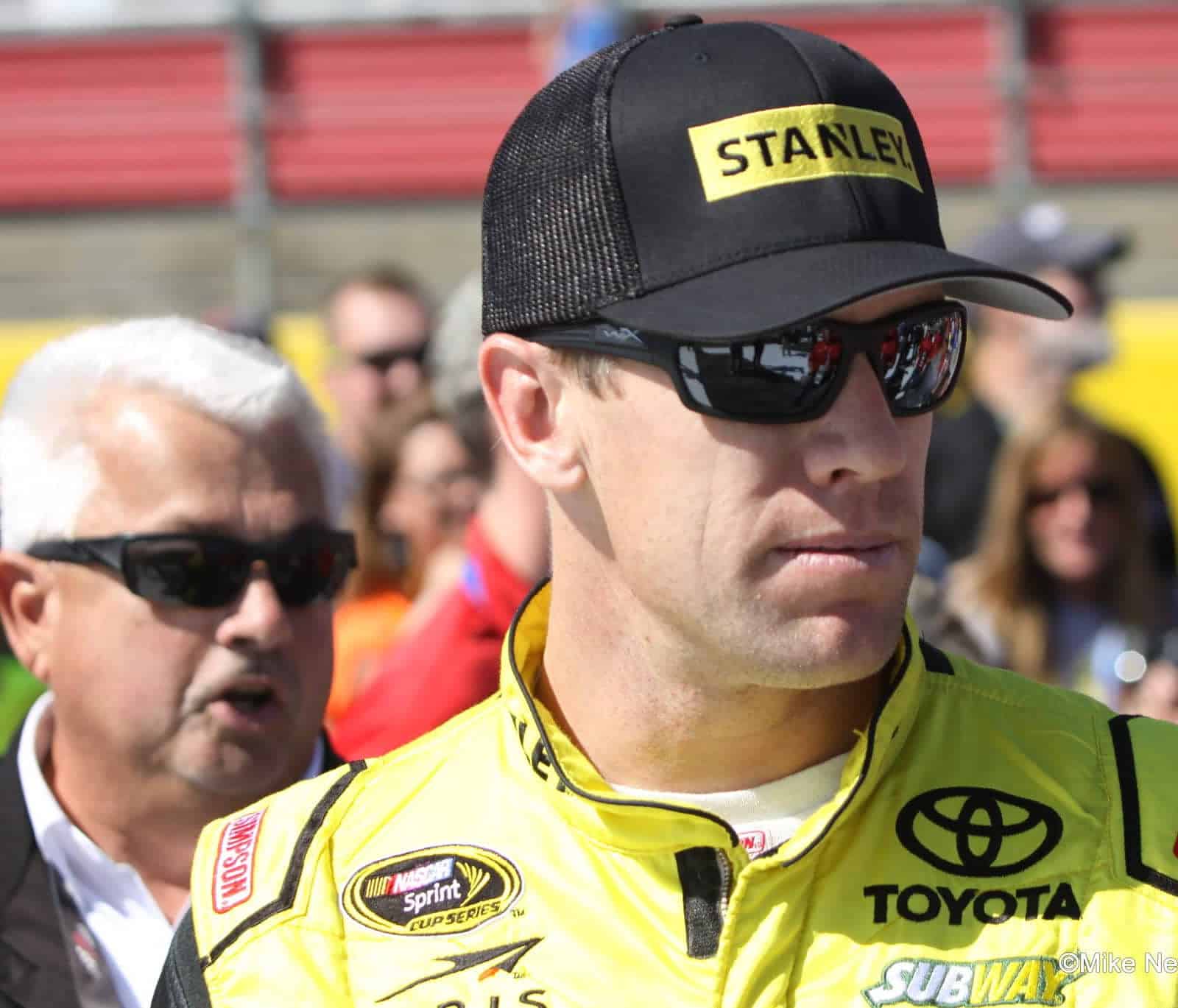 Adversity struck Carl Edwards during the latter stages of his time with Roush Fenway Racing, the team that gave him his big break. However, in the NASCAR realm, tough decisions need to be made, especially when an organization is struggling.

Joining Joe Gibbs Racing in 2015, expectations were high as Edwards joined former teammate Matt Kenseth into what would create a four-car stable. As he settled into the No. 19 team, the adrenaline set in as he believed he would be a title favorite. But early into the season, it was clear that he was over-driving his racecar, attempting to prove why JGR picked him up in the first place.

Throughout the year, Edwards’s biggest rival was himself. As he looked to impress his new team from the beginning of the season, getting to know crew chief Darian Grubb was a major challenge. Grubb was working with a driver other than Denny Hamlin for a full year for the first time since his tenure as Tony Stewart‘s crew chief came to an end in 2011. While he has worked with other drivers in Hamlin’s place since 2012, it provided him a chance to get to know his new pilot.

However, the two got off to a shaky start. Edwards did not record his first top-10 finish until Texas in April. For the majority of the year, he sat outside of the top 15 in the championship standings. And after a disappointing final season in the Ford camp, he had to prove to himself and those around him that he made the optimal choice by joining JGR.

Entering the Coca-Cola 600 in May, Edwards sat 18th in points with an average finish of 20.45. His team was struggling to adjust to the new aerodynamic package, which put several major teams behind early in the season. In what would become a fuel mileage race, he was able to hold off long-time teammate Greg Biffle for the victory. While all victories in NASCAR’s premier division are huge, this one was special for the No. 19 team.

The triumph was a major step in the right direction for Edwards’s crew. Lacking momentum prior to the Charlotte win, he had been semi-competitive throughout the first portion of the season. His teammates were not struggling as much as he was, causing a concern throughout the camp. But with his victory, he proved he belonged in what would eventually be crowned as a championship-winning team with Kyle Busch in 2015.

Another rough patch followed suit after Edwards’s Charlotte win, finishing 12th or worse in each of the next five races. As Busch reemerged from his injury, the entire Gibbs organization was slapped in the face with momentum and confidence. With his dominance on the racetrack, consistency hit JGR throughout the summer months.

After a few weeks of solid results, tallying up six top 10s in seven contests, Edwards returned to Victory Lane. But this time, it was arguably one of the largest wins of his career. In a race that featured a low-downforce package, one similar to the 2016 rules package, he drove his No. 19 car to the front of the pack to win the Southern 500 at Darlington. The win was immense for Edwards, who held off a dominant Brad Keselowski in the late stages of the race, winning what was one of the most intense races of the year.

The victory sparked a major shift in momentum for Edwards, who would enter the Chase for the Sprint Cup in a position to contend for a championship.

Proving he can run consistently inside the top 15 late in the season, Edwards maintained a playoff position until the final cutoff at Phoenix, where he finished 12th. He would end the year fifth in the standings, the second highest of the Gibbs organization behind the eventual champion Busch.

As Edwards worked to reach his peak in 2015, it was an average year for him. He increased his results slightly compared to his final year at Roush, taking the No. 19 car into the top 10 15 times, along with earning seven top fives, earning three poles and leading 376 laps.

However, he still did not join the fun on Twitter, unlike his teammates, even after finding success in his first season with the team.