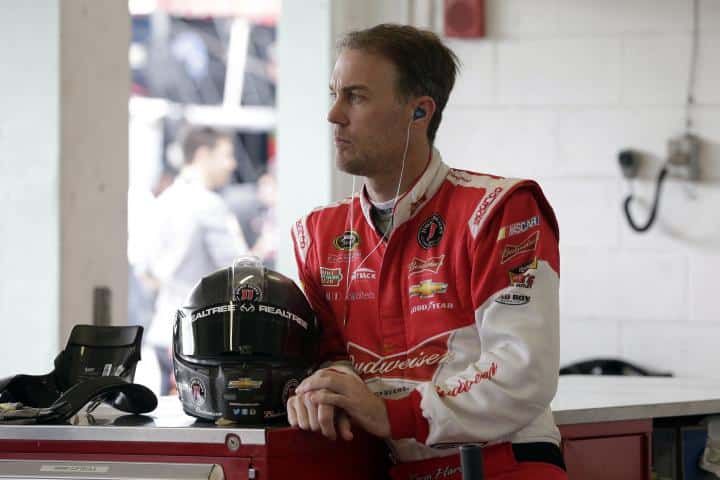 For Kevin Harvick, 2015 will forever be remembered as the year of near-misses, both good, and bad.

By all accounts, it is entirely arguable that Harvick was the best driver over the course of the 36-race 2015 NASCAR Sprint Cup Series season. Harvick collected three wins, 23 top fives, and 28 top 10s in 2015, numbers that would make even the most storied of NASCAR legends red with jealousy. But despite all of that success, he did not walk away with a second straight Cup championship.

Some will look back on Harvick’s season as an indictment of sorts for the perceived shortcomings of the sport’s current playoff format. However, a more in-depth analysis of Harvick’s season paints a much different story.

From the start of the year, it was abundantly obvious that Harvick was going to be the man to beat for the title. After gritting out a hard-fought second-place finish in the season-opening Daytona 500, he followed things up by going on a historic run in the ensuing four races, which saw Harvick post finishes of second, first, first and second. With two wins (Las Vegas and Phoenix) under his team’s belt and a fat points lead, the No. 4 team looked unbeatable by the time the West Coast Swing concluded by the fifth race of the season at Fontana.

And, seemingly, that is what happened, at least on the surface. Harvick continued to flex his muscle throughout the regular season, posting an astounding 14 finishes of fourth or better after Fontana and prior to the start of the Chase. However, despite leading more laps than any other driver during that stretch, Harvick posted a goose egg in the win column, and entered the Chase as the fourth-highest-seeded driver despite clearly having more speed than any other team on the track.

This would ultimately be the downfall of the No. 4 team in 2015: a team and driver known for their ability to close did very little of that in 2015, and the team’s failure to consistently seal the deal nearly plunged them from title contention on two occasions in the Chase.

Were it not for a desperation victory in the Chase race at Dover, Harvick would’ve been bounced from the Chase in the first round after he and his team squandered away what should’ve been back to back wins to kick the Chase off in Chicago and New Hampshire. Inconsistent finishes bit the team again later in the Chase, putting him in such a tenuous points position at Talladega that he wound up being accused of race-fixing after causing a late-race wreck at the 2.66-mile superspeedway.

Warts and all, however, the raw speed that carried Harvick and the No. 4 team throughout 2015 ultimately was what helped land him a berth in the title finale at Homestead, but, once again, Harvick came up short when the stakes were highest and was beat heads up by a surging Kyle Busch.

Harvick finished second in the final standings, a result that would only serve to disappoint a team that has become so accustomed to being the top dog in the series on a week to week basis.

Looking ahead to 2016, the No. 4 team will have to use its 2015 experience as a lesson in the importance of sealing the deal. Whether it was the regular season, the Chase, or the season finale, Harvick and Co. left no less than six wins on the table due to a combination of poor strategy, mechanical woes and just straight up lack of performance in the last 5% of races.

In this Chase format, it is crucially important to continue raising your game as the stakes are raised higher with each passing week. Harvick’s team failed to do that, instead resting on the laurels of their car’s raw speed at the expense of the improvement necessary to topple surging teams like Busch and the championship-winning No. 18 outfit.

Should the No. 4 group do just that, they should have no problem walking away with another title in 2016, as the team clearly has more speed than any other group in the Sprint Cup garage area. Of course, that is no small feat in the ever-competitive world of NASCAR, and despite Stewart-Haas Racing’s dominance over the past two seasons, it is clear that they will have to improve to climb the championship summit in this sport once more.