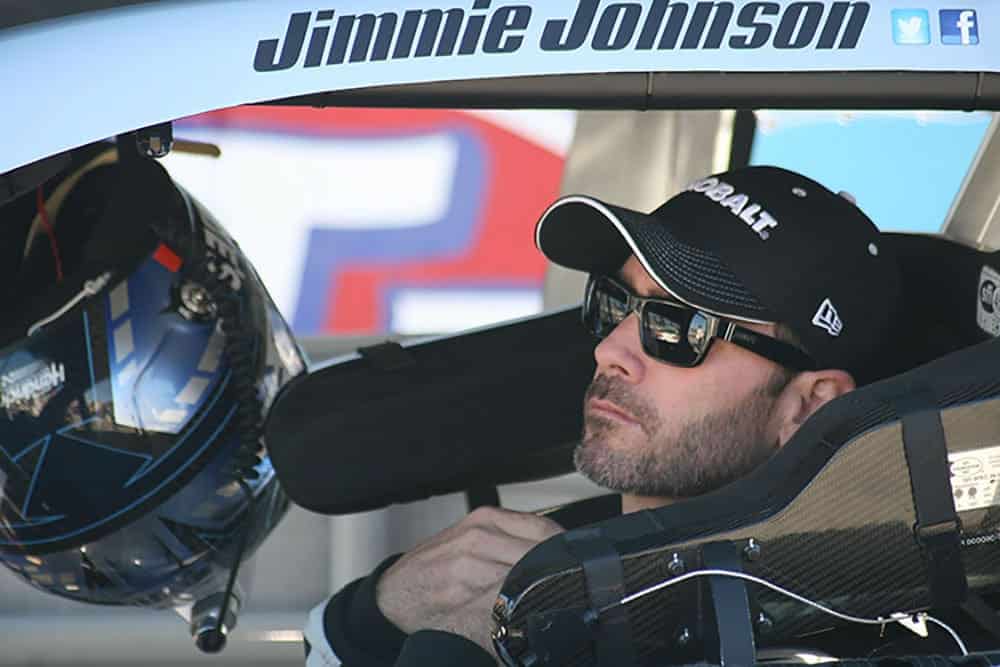 OK, so maybe it wasn’t that serious. The kingdom is, after all, alive and well. But Jimmie Johnson’s season came down to the want of the modern equivalent of a horseshoe nail. At Dover, a track where Johnson is not only expected to contend but to win, a seal that you can probably pick at your local auto parts shop for less than $10 failed in the No. 48, and just like that, Johnson’s hopes of a seventh title were gone.

Before that Sunday, the season was uncharacteristically up-and-down for Johnson and his team. They won at Atlanta only to finish 41st at Las Vegas the very next week. Then they finished 35th at Martinsville (another of Johnson’s best tracks) and followed that up with a win at Texas. That led to a month or so where it seemed as though Johnson was winning every other week (probably because he was), and the team seemed to hit a stride. But there were warning signs that all was not exactly roses.

Johnson won at Kansas and Dover in the spring, but in between, finished 40th at Charlotte, another track where he’s been successful. Good runs at Pocono, Sonoma, Daytona and Kentucky were followed by stumbles at Loudon, Indianapolis and Michigan.

And suddenly it was Chase time, and Johnson would leap to the top of the board on his four wins, but in reality, he hadn’t found victory lane since Dover, and while he had been strong in the summer, there was nothing that suggested Johnson would be a title favorite, except that summer slumps aren’t uncommon for him as he and his team test a few things for the Chase. Then they come out of the gate running at Chicago.

Except this year, they didn’t.

Still, Johnson should have easily made the second round. Finishes of 11th and sixth to to open the Chase were solid enough, and, well, a win at Dover, the first elimination race, was expected of the 40-year-old who is also the winningest driver in the track’s history.

And then came the biggest disappointment of Johnson’s career as he sat in the garage waiting on his team to make repairs so he could go back out and pretend that the race still meant something.

Johnson followed that race up with a 39th-place finish at Charlotte after a rare engine failure. That it was his best Charlotte finish of the year came as a bit of a shock. He redeemed himself somewhat with four top 10s in the final six races, including a win at Texas, but his Chase performance was far from typical for Johnson, who has dominated the postseason since its inception in 2004.

That leaves a lot for Johnson to work on in 2016. He and Chad Knaus have been together since 2002 (that’s Johnson’s entire career) and there were chinks in the armor last year as the two bickered. Knaus, who was once so often a step ahead of the competition that it aroused suspicion, has came back to the pack a bit in recent years. They’re still a title threat if they get a handle on the new package (and they should; a lower-downforce car favors Johnson’s driving style), but they need to win early and often and to find a way to dominate a postseason the way they have in the past.

Johnson’s note to himself soon after the season ended resonates in many ways. Not a kid anymore, he’s now NASCAR’s winningest active driver, a six-time champion. He’s made mistakes, taken his lumps. If he’s going to win another title and tie Richard Petty and Dale Earnhardt at the top of the heap, he needs to race smarter than ever.

Note to self: You're not 21, please use better judgement in the future.