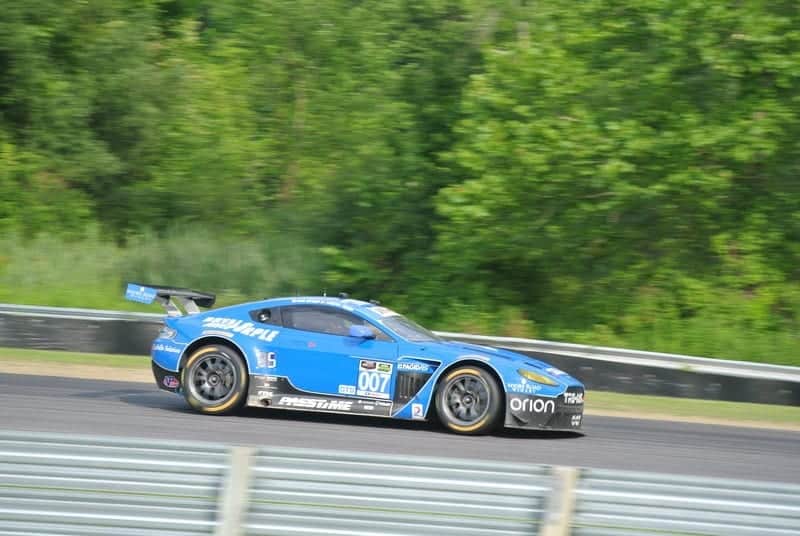 On Thursday morning, TRG-Aston Martin Racing announced that Mexican Formula 1 racer Sergio Perez, currently of Force India, will lead a second Aston Martin V12 Vantage in the GT-Daytona class in January’s Rolex 24 at Daytona International Speedway. The team is the first entry from TRG to be announced for Daytona and if the rendering on the press release is gospel, it will run the No. 007. It will run with the full support of Aston Martin Racing.

Perez is very excited to make his Rolex 24 debut.

“I’m proud to put this team of strong drivers in the hands of TRG-Aston Martin Racing for one of the biggest sports car races of the year,” Perez said in a press release. “Our sponsors will love this new exposure, and I know the Mexican fans will be cheering our guys through all 24 hours!”

As Perez noted, the second Aston Martin entry will be a mostly Mexican effort. Perez will be joined by his brother, Antonio. Antonio Perez currently competes full-time in the NASCAR Mexico Series and has made seven career starts in the NASCAR Xfinity Series. His best finish was a 13th at the Circuit Gilles Villeneuve in 2009.

The team’s lineup also includes Santiago Creel, who has previously driven for TRG in the Continental Tire SportsCar Challenge and Pirelli World Challenge. In addition, Creel has competed for Wright Motorsports in the IMSA Porsche GT3 Cup. He’s joined by Ricardo Perez de Lara, the current champion of the Super Copa Telcel Trucks in Mexico (think Freightliner trucks racing against each other).

The lineup is rounded out by Lars Viljoen, an endurance racing specialist with a background in British Formula 3 and a number of GT series in Europe. Viljoen is also bringing sponsorship to the team from Angela Estate Winery and Gainesway.

TRG-Aston Martin Racing describes the partnership for Daytona as just the first in a series of moves that will see the race team partner with Mexican racers that want to race in the United States. Expect more announcements in the near future.