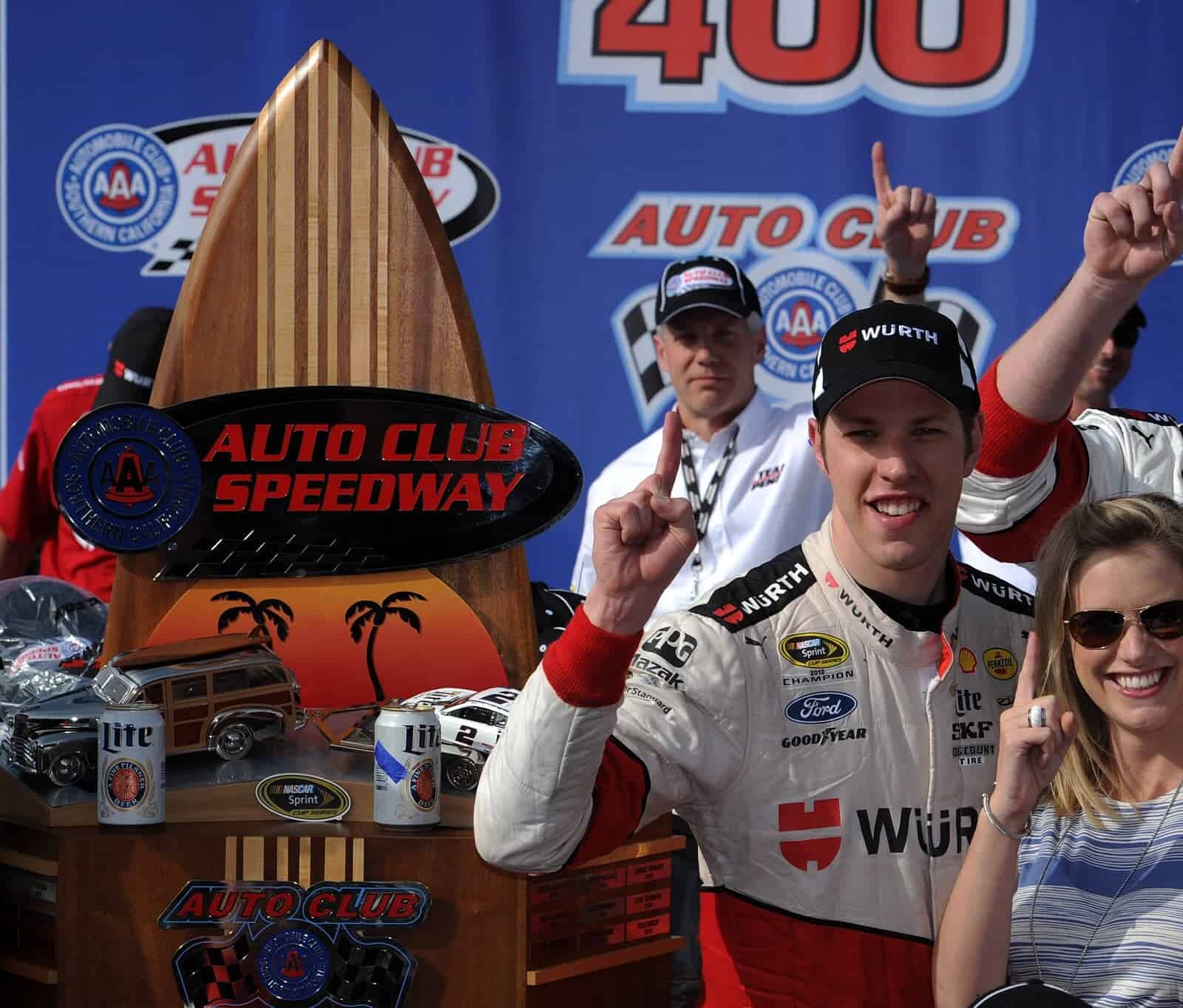 2015 looked like it could be the year that Brad Keselowski won Roger Penske their second NASCAR Sprint Cup Series title together, especially in the midst of a summer stretch that included 10 straight top 10s.

But at the end, it looked like Tom trying to chase Jerry: coming so close to winning, but unable to seal the deal.

Let’s back up. Last January at a Ford event during the NASCAR Media Week in North Carolina, Keselowski made it very clear what he would consider a successful season, even while tipsy.

“Do it again,” Keselowski told me at the time. “Except this time, we’re going to win the championship. We want to go out and win a lot of races and that championship. That’s what we’re here to do.”

Coming off a six-win season in 2014, Keselowski had the right mindset. Team Penske was exiting an 11-win year, with Joey Logano winning an additional five events, and many preseason power rankings had the duo up near the top of the chart.

The No. 2 team entered 2015 on a tear and capped off the first stretch of the year with a last-lap pass for the win at Auto Club Speedway. The strategy to take four tires on the final pit stop evidently handed Keselowski his lone win of the year, though he certainly raced as if he should have won approximately four other events at minimum.

But Keselowski’s stretch of dominance in 2015 was hindered by multiple short stretches of inconsistency. The first was seen spanning Richmond in April to Talladega, where he finished 35th, 17th and 22nd. While he immediately recovered to earn back-to-back top 10s at Kansas and Charlotte, the momentum from his win at Fontana was lost.

However, after that three-race skid, Keselowski never had a series of three consecutive finishes outside the top 10. For the rest of the year (25 races), he would finish outside of the top 10 in seven contests, proving he had become one of NASCAR’s most consistent drivers.

Making the Chase for the Sprint Cup for the fourth time in his sixth full-time season, he entered as a title favorite. Coming off an outstanding run at Darlington, leading 196 laps before losing the lead with 11 markers left in a race deemed as one of the most important in 2015 with a preview to the 2016 rules package, he was known throughout the sport to be a threat for the championship.

Keselowski made to Round 3 of the Chase, and was set to contend for title No. 2. But a 32nd-place finish at Martinsville after getting into a controversial accident with Matt Kenseth and Kurt Busch during a late-race restart almost immediately took away his chances at advancing to the final round of the Chase.

The No. 2 team would finish the year seventh in the championship standings, leaving Keselowski without that championship he told Ford executives he would bring them. But it was a year in which he had a career-high of 25 top 10s and 31 lead-lap finishes. Even without the championship trophy, 2015 was considered to be a solid year for Keselowski on the track.

His life still changed in 2015, more so off the racetrack than he could have ever imagined. His girlfriend, Paige White, gave birth on May 20 to the couple’s first daughter, Scarlett. As explained in a blog post by the 2012 Cup champion, she had what was considered by doctors in North Carolina to be a “fatal diagnosis.” The news would break any parent’s heart, yet the family persevered and after surgery, Scarlett was deemed healthy and now, he posts a plethora of pictures of his baby girl on social media, showcasing the miracle that was her life-saving surgery.

Wonder what will happen when someone wins 6 races next year? Will it be another unjust robbery because of the lust for a one race playoff by the powers that be who are ruining the intergrity of the sport, imo. That some really think that one race winner is a season long “champ”, or how some didn’t do anything all year or for months without a win, then the final race “they are competitive”. The blind cannot and will not see. Let’s clap and cheer and put our blinders on, it is the politically correct thing to do..after all!!!!!!!!!!!!!!