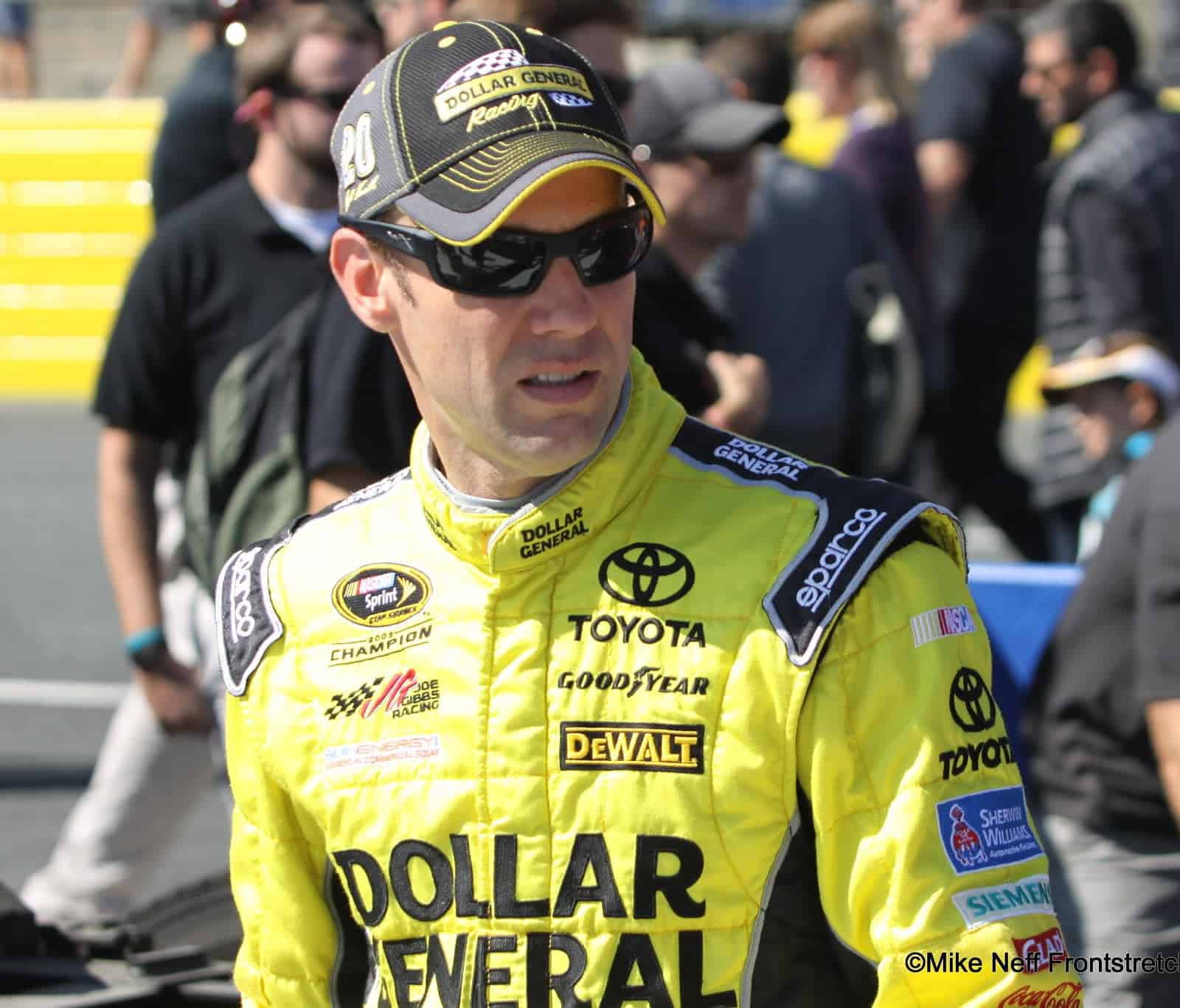 This 2015 NASCAR Sprint Cup season was quite memorable for Matt Kenseth. The veteran driver, in his third year with Joe Gibbs Racing, made the Chase once again and had five wins on the season. Those are the kind of things that every driver wants to achieve.

But the legacy for Kenseth’s 2015 season won’t have much to do with what was a really good season; instead, it will have to do with an incident in the Martinsville Speedway Chase race where, driving a damaged car that was not competitive, he waited for leader Joey Logano to come around and timed it perfectly to wreck the No. 22 and put a serious dent in Logano’s Chase hopes.

The result? Kenseth was suspended for the next two races, something that rarely happens for on-track incidents in the Sprint Cup Series. But what happened at Martinsville was just the end of what Kenseth felt started in earnest at the Kansas Speedway Chase race. He was leading at Kansas and trying to hold off a hard-charging Logano as the laps were winding down.

Nonetheless, Logano turned Kenseth around that day, ending Kenseth’s chances of winning and effectively knocking him out of the Chase as he did not win at Talladega the next week.

No matter which side you were on, one thing could not be debated: Kenseth believed he had been wronged and promised to gain revenge on Logano at some point. There was no denying that Kenseth felt the need to retaliate; anyone who didn’t see that something was coming just wasn’t paying attention.

So with Logano leading in the Chase race at Martinsville and Kenseth limping around in a non-competitive car, partly because of an accident with Logano’s teammate Brad Keselowski (what Keselowski did there is another story for another day), Kenseth was barely moving, waiting for Logano to come around. Kenseth timed it perfectly, taking out Logano and causing one of the biggest stories in NASCAR in 2015.

That incident will always be a big part of Kenseth’s story for 2015. The guess here is that most drivers with an ounce of common sense will avoid wrecking Kenseth on purpose in the future.

The incident overshadowed what had been an excellent season for Kenseth in the No. 20 Toyota, a ride that had previously been occupied by Logano. Kenseth’s victories came at the Bristol spring race, the second races at Pocono and Michigan, the fall Richmond race and at the New Hampshire Chase race. The five wins tied him with eventual Sprint Cup champion Kyle Busch and Jimmie Johnson for second most, behind Logano’s six. Kenseth also tied Jeff Gordon with the second most poles on the season with four.

Kenseth led 927 laps on the season, the fourth most in Sprint Cup, and that comes even with missing those two races due to suspension.

The suspension pushed Kenseth back to a final finish of 15th in the points.

What lies ahead for Kenseth in 2016 remains to be seen. But good or bad, it will be hard-pressed to contain more intrigue than 2015.

Matt Kenseth needs a psych eval before they let him race in 2016….but they won’t.. :( Retire you old nutty self centered, lying, sneaky loon! Imo. The media for years have given a pass on many things he has taken no ownership for. His transgressions are never reported or acknowledged, but somehow always excused and he is always the “good guy”. He comes off as a caustic know it all and the sheep press tremble afraid of his “wit”. Do your home work lazy ones!!!! I call the press out in 2016 to do more in depth reporting for facts instead of the stale and same old same old lazy narrative. Shake things up a bit, do your research, you might be surprised what you find, do you have the guts to report it, stray off the script? My observation of course. Same old, same old. Some are scum and others are praised, depending on who the “hero” or the “offender” is. I find the world of Nascar, Nascar fans and media hypocritical to the point of stupidity , but it doesn’t seem to matter to most. My two cents.