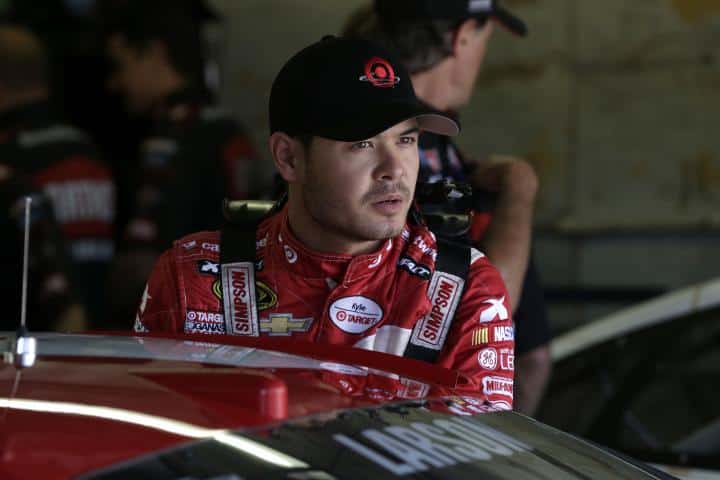 To say Kyle Larson suffered through NASCAR’s mythical sophomore slump would be an understatement. Favored to make the Chase in his second season driving for Chip Ganassi Racing the driver most label championship talent simply struggled to collect top-10 finishes throughout most of a disappointing 2015 season. Larson not only missed the postseason field but wasn’t even the top-running driver outside the Chase; by November, longtime crew chief Chris Heroy was out of a job and the No. 42 was going through a major retooling process that will continue long after the holiday season is over.

Where Things Went Right: Homestead. It was too little, too late after nine months of rollercoaster races but Larson had the fastest car in NASCAR’s Cup finale. Surging into the top five late, he was running down Brad Keselowski using the high line until a caution to force that “Game 7 Moment” (or was it debris?) came out in the closing laps. Larson still came home fifth, closing with momentum instead of moping around like he did all too often this year.

Where Things Went Wrong: Almost everywhere. Larson suffered declines in virtually every category you can think of with a noticeable, five-position drop in average finish. The plate tracks, if you had to choose were incredibly vicious (zero top-20 finishes, three DNFs) where the driver of the No. 42 often became an innocent victim.

Biggest Rival: Still searching. Larson is one of the sport’s highly-touted stars, but has suffered from a case of Jimmie Johnson on and off the track. A more generic personality label has kept any rivalries the friendly kind; that said, he and Kyle Busch have had more than their fair of on-track battles. Busch was the one who denied Larson’s maiden Cup victory at Homestead and the two went neck-and-neck many times during 2015 Xfinity Series competition.

Weakest Link: Closing the deal. Larson was dead last in NASCAR’s “Closer” statistic, marking positions gained or lost within the final portion of the race. It seemed the Target Chevy had a Target on its back all too often, an innocent victim of frantic restarts and poor decision-making that left the No. 42 sliding backwards down the stretch.

The Year’s Defining Moment: Martinsville. A fainting spell suffered by Larson during the spring race weekend kept him from even competing. And the fall? Larson was 19th despite a quality top-10 starting spot. It was part of a three-race slide where the sophomore lost a total of 57 spots compared to where he started the race.

What would make anyone think that a kid could take the 42,car and win when one of the greatest drivers ever …JPM…strugled for mozt of his timde in that Gannassi junk.
By the way. JPM still is the only guy to take # 42 to the chase..

I think Kyle Larson has the talent and equipment to get wins but closing the deal is tough. The 2015 rules package along with a lot of bad luck really killed his chances to win or at least get good finishes. Low downforce and softer tires will be used next year and I think he’ll adjust to that nicely especially after watching him at Homestead. I’m confident he will get a win in the Sprint Cup Series at some point.

Charles wish i had time to talk to you about Gannassi NASCAR stuff but maybe you talking INDY stuff couse he is.good at that ……stock cars not so much…….lol