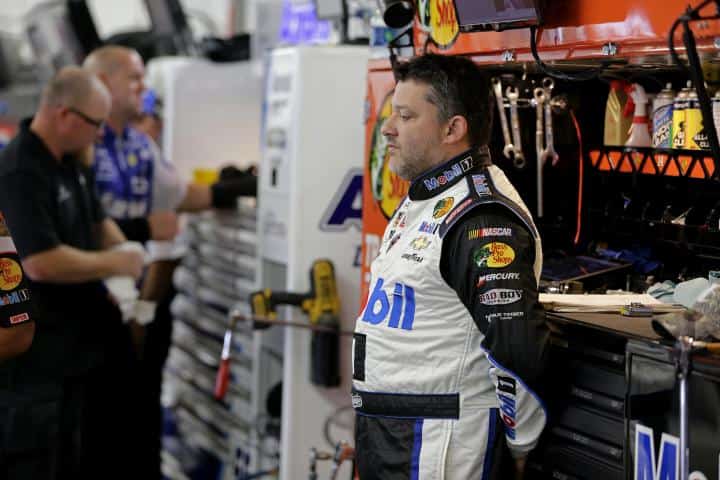 For the first time since the 2012 season, Tony Stewart was able to complete the entire race schedule. In fact, apart from his retirement announcement in late September, it was a quiet year for the 44-year-old.

For the driver who last visited victory lane at Dover in early 2013, Stewart’s statistics for the 2015 season were the wrong kind of stunning. He had just three top-10 finishes and zero top fives for the first time in his 17-year career. Stewart also led a grand total of 24 laps for the season, smashing his previous record low of 114 set in 2013 when he missed 15 races due to a broken leg.

Though he only led a handful of laps, there were a few flashes of brilliance this year. Stewart led eight laps at Martinsville, six at the first Talladega race and then 10 more at Darlington, one of the two tracks on the schedule where he has not won in his illustrious career (the other is Kentucky). But ironically none of those races where he spent a little time out front results in any of his top-10 finishes. Instead, it was a sixth-place result at Bristol in March that gave fans false hope for the year. Additionally, he finished ninth at Pocono in June and 10th at Martinsville during the Chase.

Whether it was a different rules package, the shaking of some confidence from the two sprint car incidents or maybe a combination of all of those things, Stewart admitted that on the track he wasn’t the same confident driver he used to be.

But despite his struggles, Stewart refused to point the finger at crew chief Chad Johnston, who spent just a single season atop the No. 14 pit box, and with the dismal results the pair posted, that should come as no surprise. Oftentimes, the team would unload the car and find a serious lack of speed, and no amount of adjusting during practice was enough to bring the setup close to what the championship contenders were able to run.

The consistently poor finishes and worrying about his own driving ability would have seemed like far-fetched scenarios for Stewart in 2013 and even as recently as early 2014. Stewart has 48 career Sprint Cup wins and it seemed like reaching 50 would be taken care of in quick order.

But now, with Stewart announcing that his retirement from Cup racing after the 2016 season, coupled with his recent results, it’s easy to wonder if that 2013 win at Dover was his last one. After all, nothing in 2015 screams that the No. 14 team is headed for victory lane any time soon.

With his farewell tour and a new crew chief in Mike Bugarewicz, former engineer for Kevin Harvick‘s No. 4 car, on the horizon, things can only go up from here, right?

One can only hope since it’s not likely Stewart will spend another entire season languishing at the back of the pack when he could just as easily pack it in and walk away.

let me put it another way, don’t think he’ll be big timing anyone else soon.