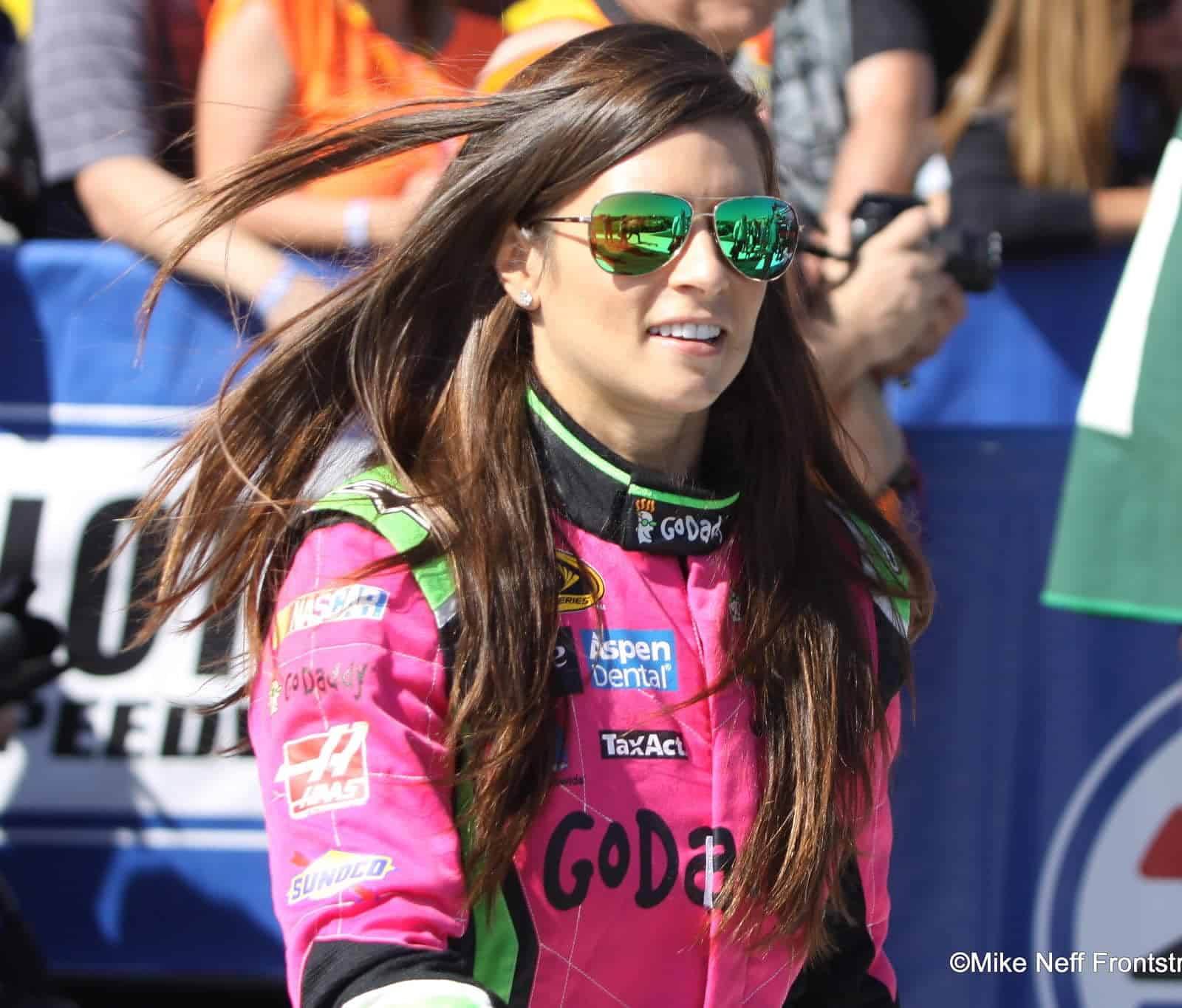 Her 2015 NASCAR Sprint Cup Series season went about as well as could be expected. Not that it would take much to improve on what we saw during 2014, but, alas, the most recent year ended with what has become pretty much all-too-familiar results. No wins, no top fives, two top 10s (down one from the previous season) and no pole positions. And even personnel changes within Stewart-Haas Racing did little to help.

Switching crew chiefs from Tony Gibson to Daniel Knost with three events remaining in 2014 seemed like a good idea, but 2015 proved otherwise. Patrick’s average finish last year improved to a 23.5 (up from a 23.7 the season before), but such a minor change barely registered a blip on NASCAR’s radar. Unless you were watching statistics oh-so-closely, the difference in her performance between seasons went unnoticed. She wound up finishing 24th in the Sprint Cup points standings.

Not to say that Patrick wasn’t in the news. When her longtime primary sponsor Go Daddy announced last April it was putting its money elsewhere in 2016, it didn’t take long for new companies to align themselves with Team Danica. In August, it was reported that Nature’s Bakery, a family-operated snack food manufacturer based in Reno, Nev., signed on to help back Patrick’s No. 10 SHR Chevrolet.

The deal heralded what might be called a paradigm shift in NASCAR financing; the business, best known for its popular line of organic, gluten-free and kosher fig bars, marked the entry of a non-traditional and more socially conscious sponsor in NASCAR’s top series.

Nature’s Bakery signing with Patrick had more to do with her personal interests, however, than her professional accomplishments. The company went with Patrick because of her well-publicized devotion to good food, good health and maintaining a balanced lifestyle. Patrick’s attention to fitness and foodie culture has always been a big part of her Instagram and Twitter posts, adding to her notoriety as one of the world’s most recognized racecar drivers. Her sponsorship prospects at SHR for 2016 look financially secure, to say the least.

Unfortunately, the same cannot be said for her competitive prospects. Patrick is entering her fifth season as a Sprint Cup driver with little of real accomplishment to show for her tenure. The pole position she earned at Daytona back in 2013 seems like ancient history, as does the eighth place she scored the same year (which came after she started the final lap in third only to get shuffled backward in the draft). Despite high hopes and a decent team providing her with good equipment, Patrick was unable to match her earlier efforts as the 2015 season unraveled.

Patrick seemed destined to perform best on the short tracks last year. She finished seventh at Martinsville in March and ninth at Bristol the following month. Her run at Martinsville tied her with Janet Guthrie for the most top-10 finishes by a woman in the Sprint Cup Series – a bright spot in what was beginning to look like yet another frustrating racing season.

As the 2015 campaign wore on, unfortunately, so did the inherent demands of racing on the bullrings. Patrick scored a 27th-place finish at Bristol during the night race in August, winding up five laps off the pace, and followed that with a fender-bending 40th-place at Martinsville in November. That race was marked by Patrick’s on-track skirmish with David Gilliland on lap 419, even though her revenge for earlier contact with the No. 38 Ford was summarily overshadowed by the now-infamous wrecking of Joey Logano by an angry Matt Kenseth.

Even Patrick’s retribution in response to aggressive driving finished behind another driver’s performance. Such was the nature of the 2015 Sprint Cup season for Patrick.

Yet Patrick continued to be a driving force (pardon the pun) in NASCAR Nation. She was celebrated for her personable, charming and approachable way with children, perhaps best noted by her spontaneous donning of a frilly tutu while visiting an elementary school. Patrick continues to be wildly popular with young people, her appeal going above and beyond her girl power persona as a role model for women looking to pursue careers in engineering, automotive technologies and competitive racecar driving.

One additional top five for Patrick in 2015: she was named the fourth-most searched-for athlete on Yahoo, coming in behind tennis player Maria Sharapova and ahead of golfer Caroline Wozniacki.

Patrick’s popularity as both a woman and a NASCAR Sprint Cup driver has enabled her to stay relevant in a sport where her on-track accomplishments have been anything but stellar. Not that this cannot change, and maybe her competitive fortunes will improve when NASCAR adopts the widely anticipated low-downforce package full-time in 2016, but I’m afraid her clock of opportunity is running out. How long SHR keeps Patrick in a ride will depend, in my opinion, on how well she does this next season. A four-year “learning curve” only grows steeper come year five.

Billy Scott will be atop the pit box as Danica’s newest crew chief come 2016 after making the move from the now-shuttered Michael Waltrip Racing. This change will erase the slate once again as the No. 10 team looks for that often-elusive and always-necessary chemistry between driver and crew. Starting next season with a new car, a new crew chief and a new sponsor will hopefully inject new life into one-quarter of Stewart-Haas Racing.

As the 2015 season demonstrated, on-track performance cannot remain as stagnant as it has been for Danica Patrick and the No. 10 Chevrolet team. One can only hope that new opportunities and better performances lie on the horizon for Patrick and team as NASCAR heads into 2016.

Pretty good summation I’d say. Sponsors like her and a lot of fans do, too. As for racing results, well, it is what it is. I have seen improvement from one year to the next. I think she’s pretty close to plateauing in her development and the new lower down force car could be her undoing. Many current drivers said it would separate the real racers from the rest. 2016 could look very ugly for many Cup drivers.