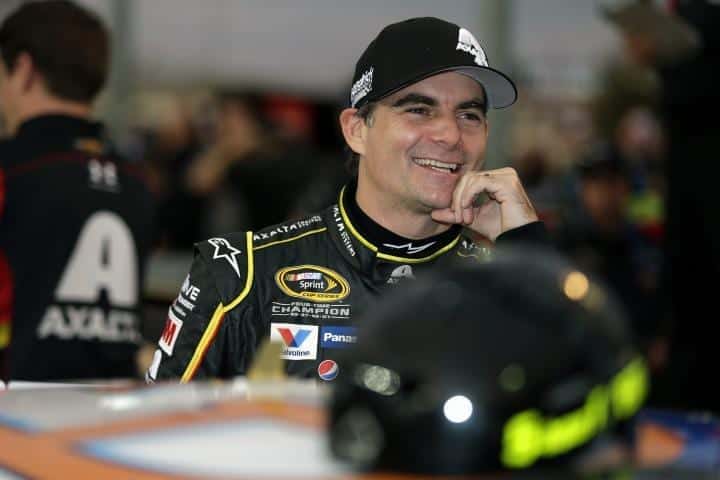 Rarely does a Hall of Fame-caliber athlete get to leave their sport at or near peak performance. For Jeff Gordon, his 2015 retirement tour was a rare exception, the kind that put the proper finishing touches on a remarkable 23-year NASCAR Sprint Cup career.

While starting off a little bumpy, his season picked up mightily during the Chase and wound up with the four-time champ being the lone Hendrick Motorsports representative eligible in the Homestead-Miami Speedway Final Four. When all was said and done, Gordon wound up third, but a lone victory and near-miss on the title during the 10-race playoff left him feeling good about his final days behind the wheel.

Where Things Went Right: Martinsville. Oh, did they ever. One of Gordon’s favorite and most successful tracks gave him the greatest gift of all during this retirement tour: a trip to victory lane. It was like a parting of the Red Sea for the No. 24 car during the race as most rivals around him fell off the pace due to accidents or pit problems. After a dominant Joey Logano was punted by Matt Kenseth – the revenge red-flag moment NASCAR Nation will never forget – Gordon found himself with a path to the front. Surviving a late strategy call by AJ Allmendinger, the four-time champ deftly disposed of the No. 47 car and then cruised to victory virtually unchallenged.

Perhaps the best memory for Gordon came well after the checkered flag. A fanbase that had once despised Wonder Boy for his winning ways during the final days of Dale Earnhardt gave the driver an extended standing ovation. Gordon was near tears as he interacted with the crowd, soaked in the moment and realized perhaps right then it was the last time he’d ever taste victory in a Cup car.

Where Things Went Wrong: Intermediates. Gordon led just 58 laps total on this type of track in 2015; 41 of those came in the Chase-opening race at Chicagoland. While putting forth a valiant effort at Homestead, the retiring Gordon never came close to the title he coveted; Kevin Harvick and Kyle Busch were running circles around the No. 24 car the whole time. Replacement Chase Elliott will have his hands full, as the last top-five run for the team he inherits on a 1.5-mile oval was a fourth at Kansas way back in May. The No. 24 team was middling with the new rules, too: seventh at Kentucky and 16th at Darlington, once a track Gordon owned in the late 1990s.

An honorable mention here could include Gordon’s last Daytona 500, a track where he won the pole and led a race-high 87 laps in February before pit problems and bad choices in the draft led to his undoing.

Biggest Rival: NBC Sports Network. Gordon’s career takes a turn in 2016 as he transitions into a broadcasting role with FOX Sports. Parked alongside Darrell Waltrip and Mike Joy in the booth, he’ll fill an analyst role during the first half of the Sprint Cup season and likely appear on other FOX Sports 1 racing shows. Gordon joins Jeff Burton and Steve Letarte of NBCSN as recently retired NASCAR drivers or crew chiefs turned racing analysts.

The Year’s Defining Moment: Certainly Martinsville tops the list, but Gordon went through a number of memorable retirement presentations. Gifts and surprises runneth over, from two horses given to his children by Texas Motor Speedway president Eddie Gossage to Tom Cruise introducing him at last December’s banquet.

The Final Verdict: Gordon ends his career a lock as a first-ballot Hall of Famer. Of the drivers around him in all-time victories – Richard Petty, David Pearson, Darrell Waltrip, Bobby Allison and Cale Yarborough – only Allison won during his final season on tour. None were in contention for the title and in Petty and Waltrip’s case they were merely filling a spot on the grid. Gordon’s last run will be difficult for contemporaries like a retiring Tony Stewart and, yes, even a Dale Earnhardt Jr. in the not-too-distant future to beat.

"This has turned into a fairytale year…" -> https://t.co/hHPQcFfTNM.

Great night! Great year! Great career! Proud to have been a part of @NASCAR & @TeamHendrick as a driver for past 23 years!