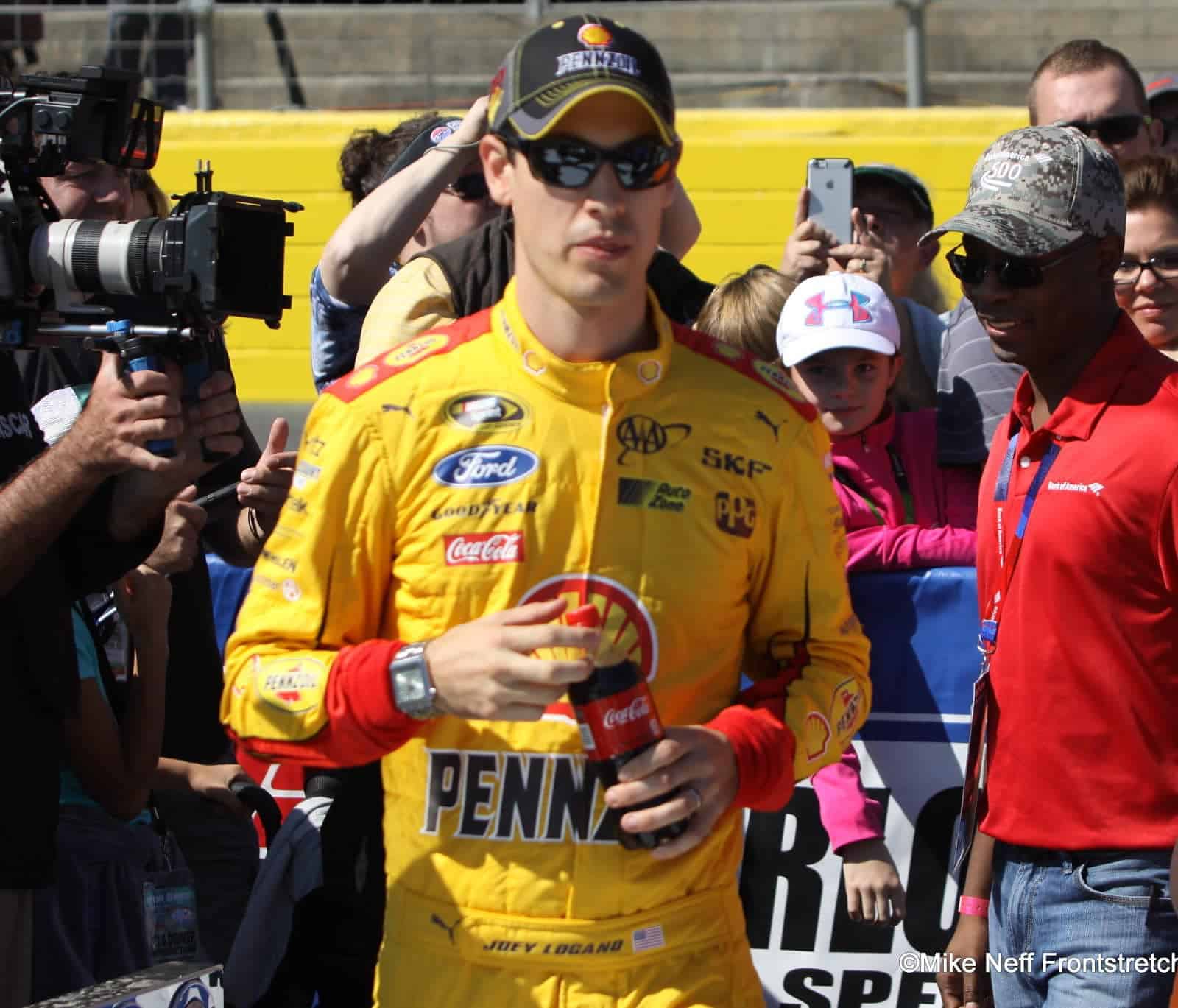 Logano and the No. 22 Shell/Pennzoil team quickly found their way out of the gate in the season opener at Daytona International Speedway. Logano led 31 of the 203 laps to capture his first Daytona 500 win and quite possibly the biggest win of his racing career.

“About as cool as I thought it would feel,” Logano said after the Daytona 500 win. “I think as a kid, any young racer dreams of winning the Daytona 500. It’s the biggest race we have all year. You’re down here for two weeks. So much buildup coming into this race, with the qualifying, the Duels. You get out there, the first time you’ve raced in a couple months. There’s a lot of anxiety, a lot of nerves before the race. To be able to pull that car into victory lane, see my team there, see my family and my friends. Everyone was here. It couldn’t be any better.  It’s an amazing feeling.”

The season would eventually end up being better than the one previously for Logano and the crew as they would find themselves in the championship hunt once again.

Logano found himself having a decent season with little mistakes and errors along the way. With only six finishes outside the top 20, Logano crushed his previous winning season by earning 22 top-five and 28 top-10 finishes over the course of a 36-race schedule. He and the No. 22 team also earned six poles and seven runner-up starts throughout the entire year. Throughout the first 26 races before the start of the Chase for the Sprint Cup, Logano found his name inside the top five of the driver standings. The worst finish Logano would bring home all year long was a 40th at Bristol in April and Texas in November.

The No. 22 team brought home top-10 finishes at Chicago, Loudon and Dover, and would also end up leading only one lap during the span of the three races in the Challenger 16 round. The team showed its dominance even more in the next three races as it swept the Contender 12 round by winning at Charlotte, Kansas and Talladega. Logano became the first driver to sweep a round since the format was implemented in the series one season ago.

Logano and the No. 22 team had all of the momentum in the world as they headed into the first race of the Eliminator Round at the Martinsville Speedway in early November with four races remaining in 2015. The task was simple: Win a race and move on into the final four at the Homestead Miami-Speedway later on in the month.

Logano started the race weekend off right at the Martinsville Speedway by putting his car on the pole for the Goody’s Headache Relief Shot 500. The race would also start off according to planned for the team as they showed dominance up front in the first 454 laps of the race. However, that would change quickly as Matt Kenseth now-infamously turned Logano into the wall while Logano held a comfortable lead with 45 laps remaining.

The Connecticut native’s crew worked feverishly to make enough repairs on the No. 22 machine to send Logano back out onto the racing surface, but Logano would end the day with a 37th-place finish that added even more pressure on him and his crew in the final two Eliminator races at Texas and Phoenix.

The results in the next two races were not enough for Logano to transfer into the final four at the Homestead-Miami Speedway. He would bring home a 40th-place finish at Texas after a 37th-place run the week prior at Martinsville. Logano pulled out a third-place finish in the rain-shortened event at Phoenix, but it was not enough to continue his championship hunt, eventually finishing sixth in points.

For 2016, Logano will look for a bit of redemption as he moves toward what could one day be a Cup title. He’ll have 26 races to get in and 10 races to win it all, just like the rest of them. For his sake, just bank on him staying out of Kenseth’s way this time around.

Why should Logano stay out of the Batty Matty’s way? Because Matt acted like a unprofessional jerk and folded under ego and immature emotion while using OPM for his personal and unwarranted revenge? Screw him. Logano was not at fault, Matt was on several occasions. The press is silent about that, it really doesn’t appear to be a good story for them…you know..that he did himself in. Nah, truth sometimes isn’t exciting. Go Team Penske..keep doing what you do. Should be interesting to see the slant again, when a Ford or Team Penske is racing and no matter what, they will be the bad guys. The written word and commentary will be totally contrary to what our eyes saw, based on the script. Bet on it…..

The record book showing Logano finishing “sixth” this season is yet another testament to the perverse nature of NASCAR these days.

Yep, Brian’s made a mess of things. A fan can’t even look back at final points standings and get an accurate estimate of how a team did over the course of a year.